What is the surprising relationship between depression and the number of roadside trees? In the recent years of research, and able to spend in nature and benefits of the health aspects such as or lower the risk of survival rate is up or diabetes of a stroke, there is an effect of improving the happiness

turns out we are. A survey of about 9800 people living in Leipzig, Germany, has newly suggested that roadside trees may have a 'depressive effect'.

Street trees close to home may reduce the risk of depression | The Independent
https://www.independent.co.uk/news/science/street-trees-leipzig-germany-b1792874.html

There's a Curious Effect Urban Trees Might Have on Depression, Study Finds
https://www.sciencealert.com/street-trees-not-only-help-mitigate-climate-change-but-might-reduce-depression-too

With the modernization of urban areas, the number of green areas is decreasing year by year, but in recent years, many research results have been published stating that 'nature has various merits.' There are reports that a 'green prescription' that recommends forest bathing instead of medicine is effective, and research results that contact with nature for only 10 minutes a day may improve the mental state. 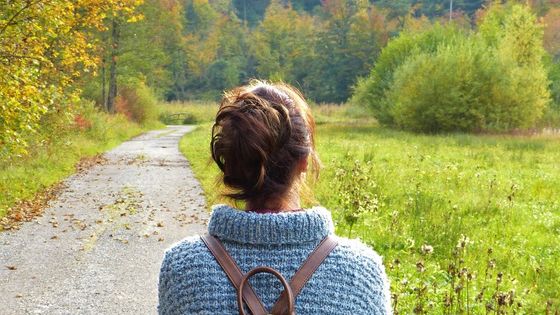 An experiment conducted by a research team led by Melissa Marcel of the German Center for Biodiversity Research measures the effects of roadside trees on depression. In order to accurately calculate the 'degree of depression', the research team adopted a quantifiable 'prescription amount of antidepressant' instead of the subjective index of the subject's self-report. We conducted a survey to compare the amount of antidepressant prescribed by the subject with the number of roadside trees in the area where the subject lives and the gender, age, and weight of the subject. Research team Diana Bowler notes that general urban planning tends to consolidate green spaces for recreational purposes, with more visible plants on a daily basis than large green spaces. Pointed out that it may be important. He argued that 'plants that can be seen on a daily basis' are becoming more important because it is difficult to go out in the current situation where the new coronavirus infection (COVID-19) is prevalent.

Mr. Marcel pointed out that the installation of roadside trees is 'relatively easy' because it is cheap and does not require a large-scale plan such as land acquisition. 'It may be effective in correcting mental health inequality,' he said, as the antidepressant effect was prominent in socio-economically disadvantaged groups.