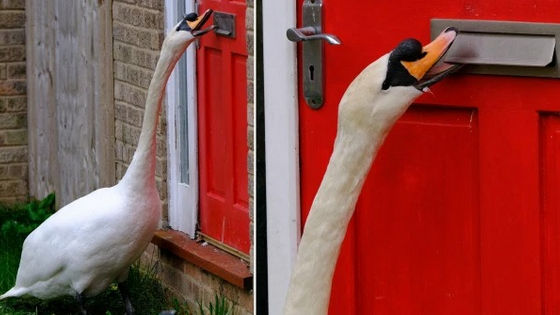 Some people are plagued by 'neighborhood noise' such as children's crying, playing the piano, and parties that last until midnight. However, there are swans in Britain that are far more annoying than the average human being, who 'rattle the mailbox for up to three hours each morning for five years.'

Naughty swan keeps knocking on doors of houses near its lake for hours | Metro News
https://metro.co.uk/2021/03/23/naughty-swan-keeps-knocking-on-doors-of-houses-near-its-lake-for-hours-14289949/

Stephen Leg of Northampton, England, has been fighting swans for five years. From spring to summer, a swan named 'Cedric' attacks Mr. Leg's house, which is 70 years old at the time of writing the article, and makes mischief such as knocking on the door and rattling the mailbox. 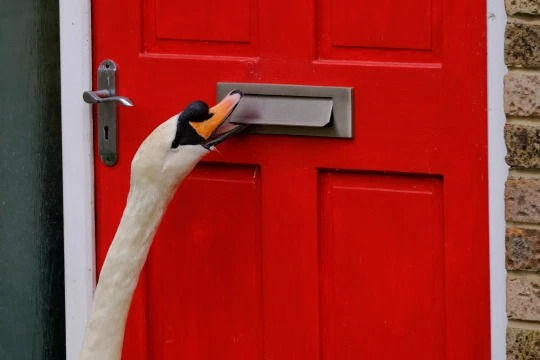 Next to Mr. Leg's house is a small lake dug for drainage, and although it is known that Cedric settled in this lake around 2013, it is unknown why he was mischievous at Mr. Leg's entrance. When I consulted with the Royal Society for the Prevention of Cruelty to Animals in the United Kingdom, he said, 'I'm hungry and eating insects that cling to the front door.' 'I can't be hungry,' Leg says.

Cedric's routine every morning is to rattle the mailbox and then peck the metal parts with his beak. When poking the metal part, it makes a loud noise that echoes throughout the house, and Mr. Leg said, 'It's very frustrating.' This poking sometimes lasts for as long as three hours.

You can see how loud the sound of Cedric is by playing the following movie.

Cedric's crime was reported nationwide by Mr. Leg's neighbor, Wendy Howard. 'I can still laugh at the Cedric when I pass by, but it's so noisy that I'm glad it wasn't my house,' said Howard.