What is the situation surrounding the '100 yen chip' that is causing a global shortage of electronic devices? 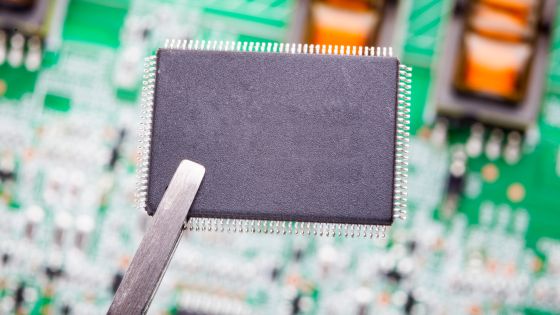 global shortage of semiconductors has continued since around 2020, and that not only CPUs and GPUs but also various industries such as game consoles and automobiles are being adversely affected. Meanwhile, it is expected that the production of chips with a unit price of 1 dollar (about 110 yen), which are used in many home appliances, will decrease and the price will rise, and the prices of home appliances will rise worldwide.

Why Shortages of a $ 1 Chip Sparked Crisis in Global Economy --Bloomberg
https://www.bloomberg.com/news/articles/2021-04-05/why-shortages-of-a-1-chip-sparked-crisis-in-the-global-economy

What is the reason for the global shortage of semiconductors affecting the production of PlayStation 5 and automobiles? --GIGAZINE

Due to this shortage of semiconductors, the production volume of

'display drivers, ' which are IC chips for each $ 1 (about 110 yen) that have the role of passing video signals to the display, has also decreased. This is impacting the production of all devices that need to output video to displays such as smartphones, smartwatches, televisions, laptops and car monitors.

In the graph below, the horizontal axis shows time and the vertical axis shows price, and the respective lines are 43 inch (black), 50 inch (red), 55 inch (blue), 65 inch (yellow) LCD TV price transition Represents the prediction. If you look at the graph, you can see that the price of LCD TVs has almost doubled from January 2020 to March 2021. Bloomberg also predicts that 'LCD TV prices will continue to rise until at least the third quarter of 2021.' 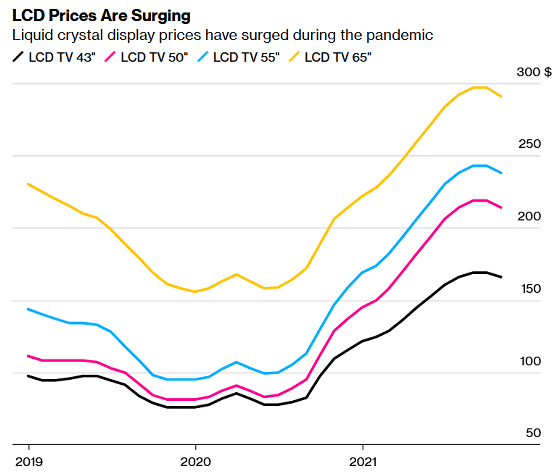 'It's been 20 years since Himax was founded, and this is the first time we've seen it. There's a shortage of semiconductors in every area,' said James Fu, CEO of Himax. Mr. Wu also argued that it will take a long time to recover the production volume of display drivers because it will take a long time to upgrade the production facilities of TSMC and UMC, which are in charge of producing display drivers. 'We haven't reached the point where we can see the light at the end of the tunnel,' he said, although sales of display drivers are rising.