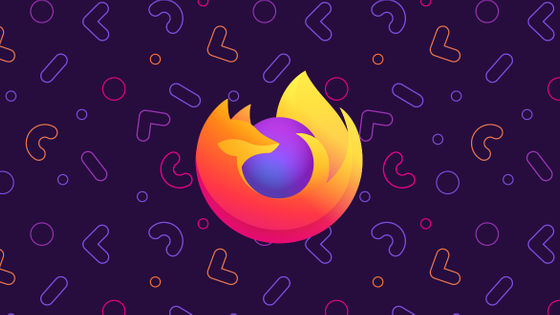 The official version of the web browser ' Firefox 87' has been released. In addition to improved privacy, the page search function and menus have been updated.

◆ Introduced 'Smart Block' function to prevent page corruption when blocking tracking scripts
Firefox has a function to block user tracking scripts installed by advertisers, but there is a problem that some sites mistakenly block scripts required for normal display. was doing. Firefox 87 introduces a new feature called 'SmartBlock ' to solve this problem, and Firefox now provides scripts that provide equivalent functionality other than tracking from blocked scripts. Also, by blocking the tracking script, the page load speed is also improved. ◆ The in-page search function is updated
When you search within a page with 'Ctrl + F' and select 'Highlight All', the scroll bar now displays a mark indicating 'where on the page the hit was made'.

◆ 'Backspace key' is deleted from the shortcut key of the back button
It has been changed so that you cannot return with the backspace key to prevent accidental return while filling out the form and loss of the data you are filling out. From now on, it is recommended to use the 'Alt + ←' keys to return. If you want to return to the backspace key, enter 'about: config' in the URL field and set 'browser.backspace_action' to '0'.

◆ Other updates
・ The library menu is carefully selected only for those that are frequently used.
'Synchronized tabs', 'Recent highlights', and 'Pocket list' have been removed.

・ Simple help menu
' Firefox Tour ', ' Import from Other Browsers ' and ' Keyboard Shortcuts ' have been removed.

◆ Update for developers
-Light mode and dark mode simulations can now be done from the inspector
You no longer need to change OS settings.

-': Target' is added to the toggle menu of the pseudo class.