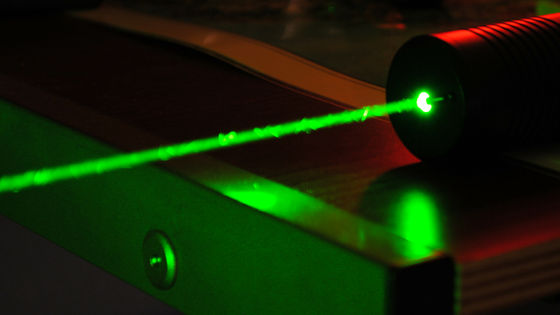 Mosquitoes are hygiene pests that transmit diseases such as malaria , dengue fever, and Zika fever , and kill more than 700,000 people every year, which is twice the number of murders killed worldwide. A Raspberry PI machine has been developed that detects such mosquitoes with machine vision and machine learning and burns them to death with laser irradiation.

Ildar Rakhmatulin of South Ural State University in Russia created a machine that automatically detects and burns mosquitoes. He said that a breakthrough invention is needed to overcome the situation where mosquitoes are causing many deaths all over the world every year, and the concept of 'a machine that distinguishes mosquitoes by deep learning and automatically irradiates a laser' is verified. We have developed a prototype for.

This machine is based on the Raspberry Pi 3 MODEL B and is equipped with a dedicated camera module equipped with Sony's IMX219 image sensor, a galvanometer (galvanometer), and a 1W high-power laser. The flow from detecting a mosquito to destroying it with a laser is as follows: First, the image information acquired by the camera is analyzed by machine learning to detect the mosquito, and then TrackerCSRT, TrackerKCF, TrackerBoosting, TrackerMIL, TrackerTLD, TrackerMedianFlow, TrackerMOSS, etc. Tracked by a tracking API that keeps track of moving objects. And it is a mechanism that predicts the trajectory of mosquitoes in flight that changes every moment by deep learning and irradiates a laser. 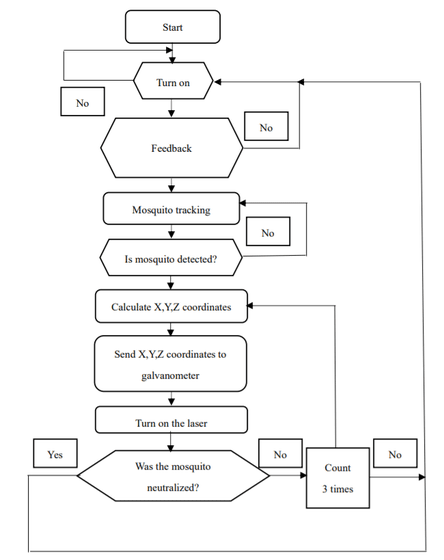 A convolutional neural network of Convolution 2D and Max Pooling 2D was used to detect mosquitoes. In this experiment, machine learning was performed on a GIGABYTE video card equipped with AMD Ryzen 5 3600 and GEFORCE GTX 1060, and a machine equipped with 6GB of memory, but this spec does not detect mosquitoes from images. Although it can be done easily, there was a problem that it took more than 1 second to detect.

In addition, there was a problem with the detection accuracy, and it was confirmed that when a mosquito suddenly changed course, it failed to be captured as shown in (d) below. The prototype created this time is being tested on mosquitoes actually caught in a transparent case. In this test run, there was a 15% chance of neutralizing the mosquito, and a 50% chance of the mosquito dying when the laser landed. According to Rakhmatulin, the method of exterminating mosquitoes by laser irradiation is 'can be used outdoors in strong winds', 'can achieve a range that can cover a wide area', 'can be mounted directly on an unmanned drone or the human body and can be used even when moving. With the advantage of being able to do it, Rakhmatulin says it is a promising countermeasure for mosquitoes that are spreading the disease all over the world.