I compared 'Xperia PRO' which is a smartphone for video creators with 'Xperia 1 II' etc. with almost the same specifications 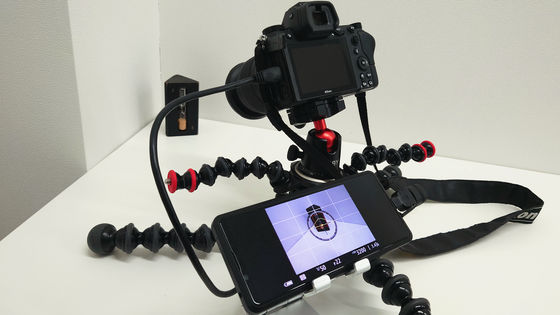 Xperia ' series. It is said that it is a model for creators who create images by supporting 5G millimeter wave band and HDMI input, which is the first smartphone. Actually, I tried benchmark comparison with ' Xperia 1 II ' whose basic specifications are close to Xperia PRO. 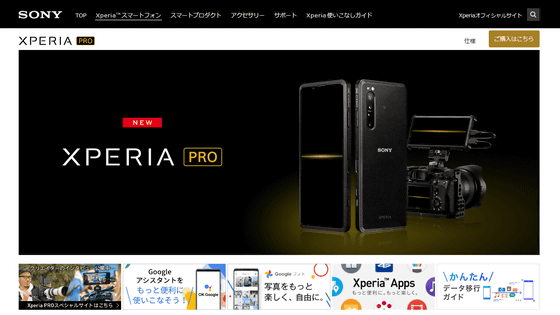 The appearance of the terminal of 'Xperia PRO' looks like this. The color is 'black' only. There is an earphone jack on the top.

The SIM card slot is on the upper left side of the screen. 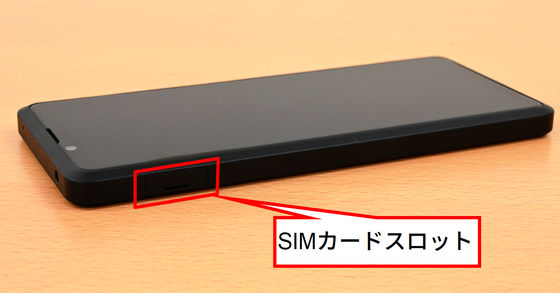 The tray supports dual SIM, and the second SIM card is inserted under the microSD card. USB Type-C port and HDMI Micro terminal (Type D) on the bottom. The HDMI terminal is covered with a cover. 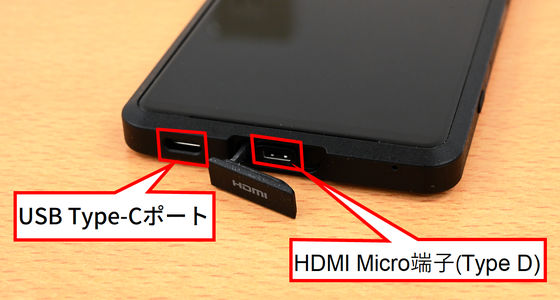 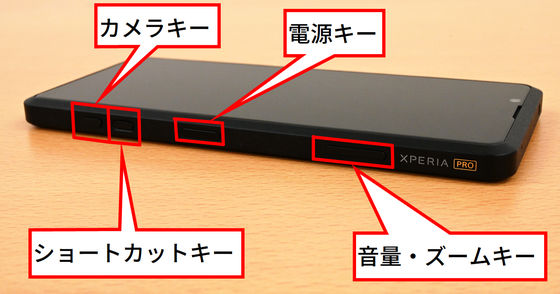 If you register your favorite application in the shortcut key, you can start it with one touch. You can also turn off the feature if you don't use it. 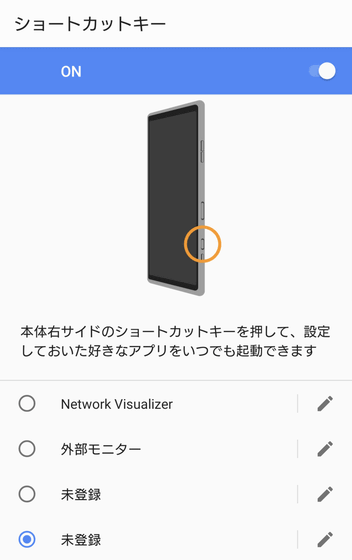 The back looks like this. Overall, the impression is that the Xperia 1 II, which is a terminal with the same specifications, is wrapped in a special hard case. 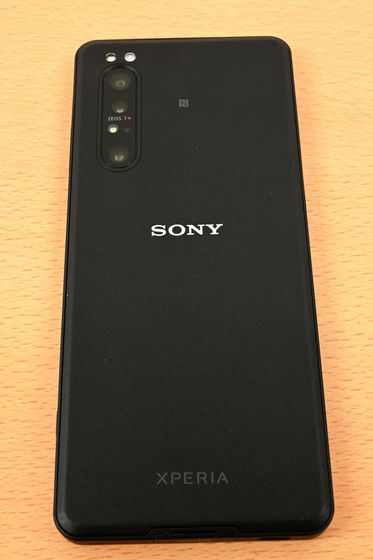 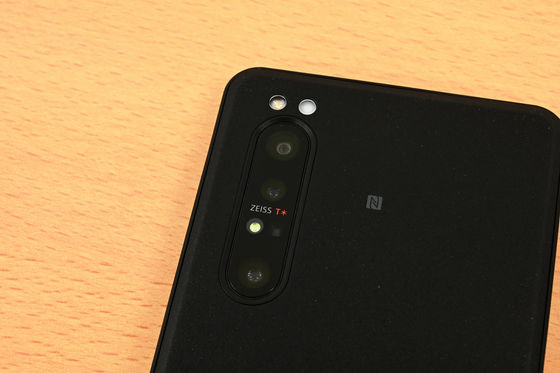 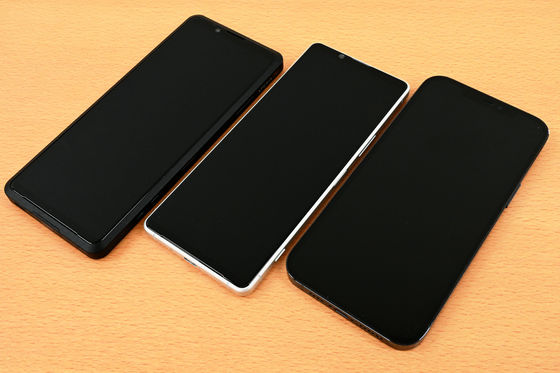 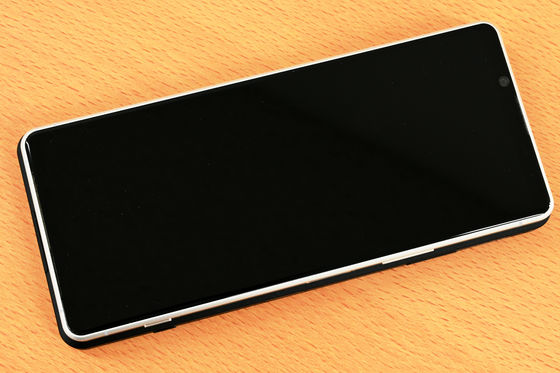 The appearance is quite similar, such as the position of the earphone jack. 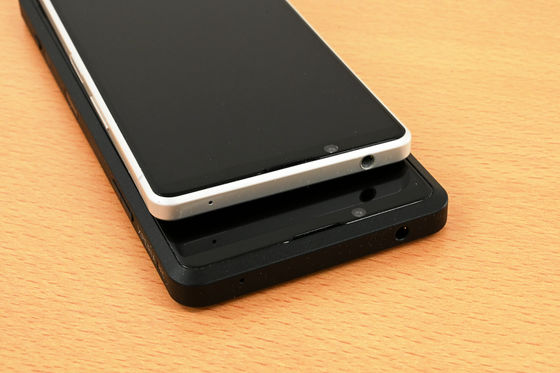 One of the big differences is the bottom. The Xperia 1 II does not have an HDMI port and has a USB Type-C port in the center. 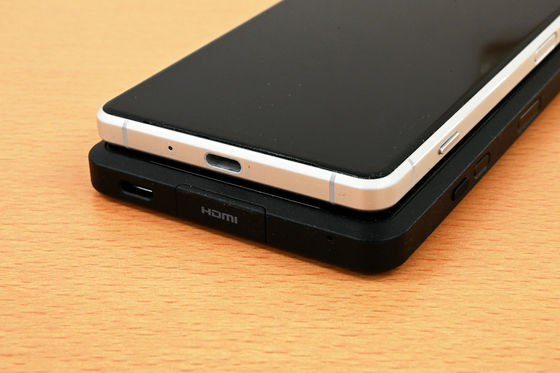 The presence or absence of shortcut keys on the right side and the design of each key are also different. 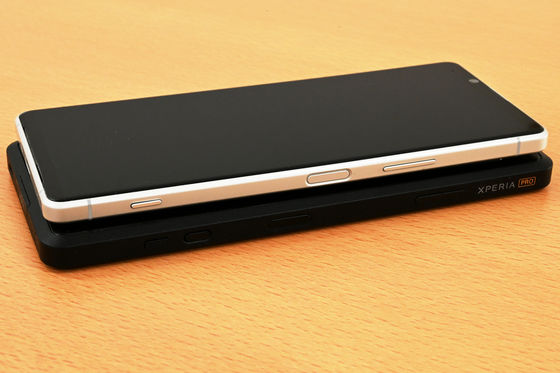 The back side looks like this. The camera performance is also the same. 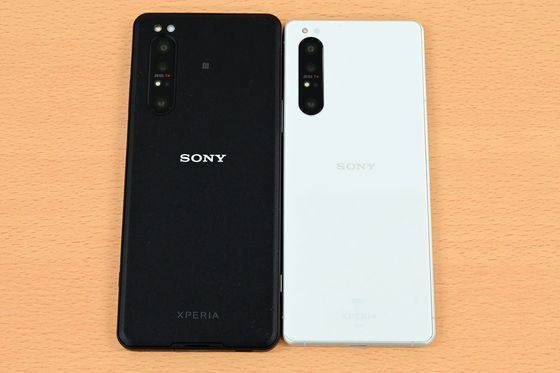 However, although the lens of the Xperia 1 II was slightly protruding, the Xperia PRO has a slightly thicker design that matches the lens surface. 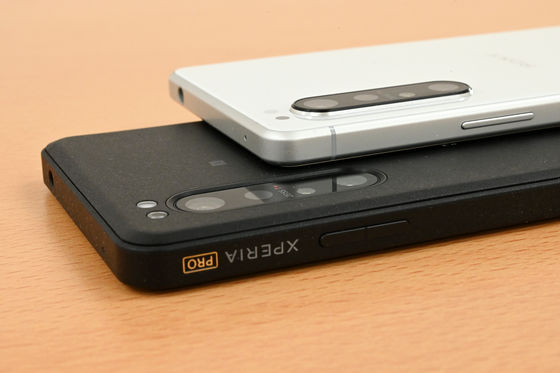 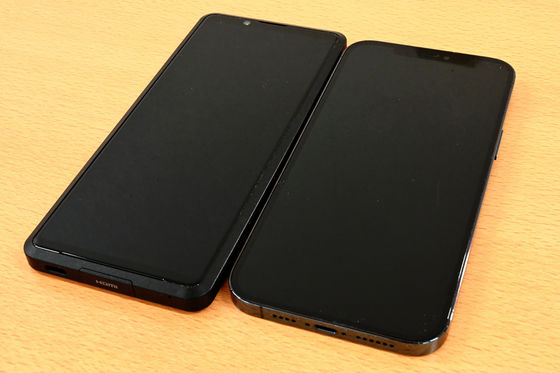 I tried to compare the thickness side by side. Because of the width, the iPhone 12 Pro Max gives a momentary impression, but the Xperia PRO seems to be considerably thicker. 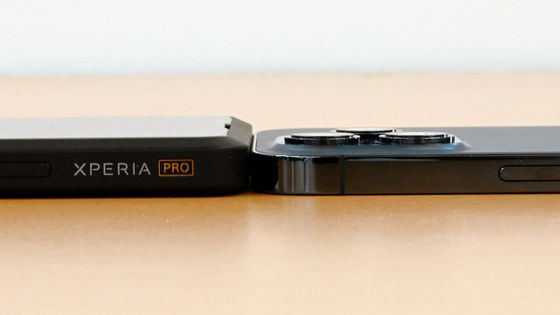 I tried CPU benchmarking with the benchmark application ' 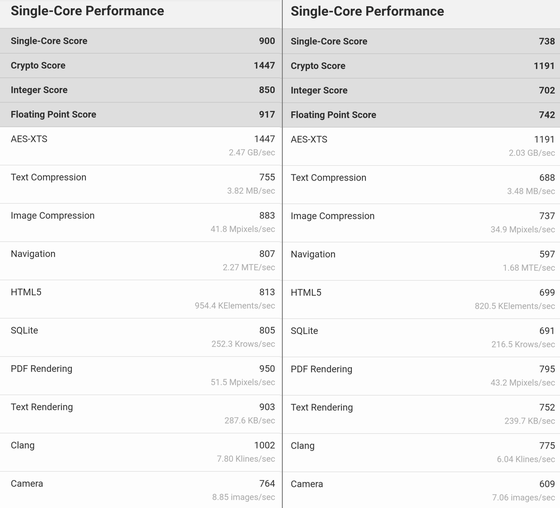 I also benchmarked the entire device. Then, when the API was 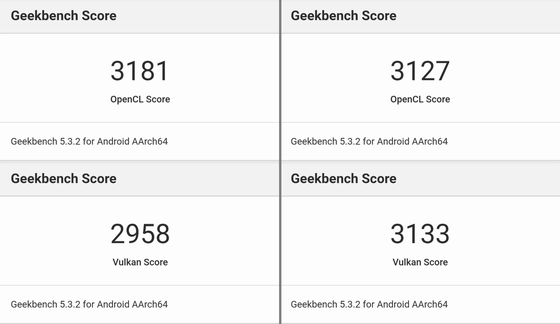 It's safe to say that the Xperia PRO is a 'terminal that looks just like the Xperia 1 II,' but it has a feature that other smartphones do not have, such as HDMI input. 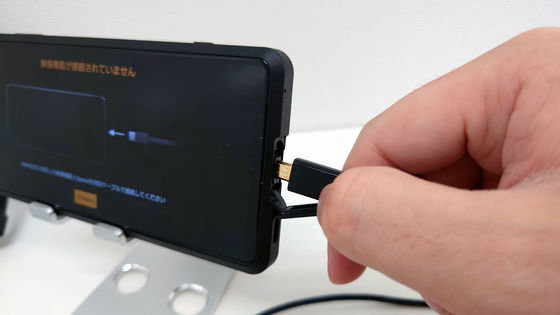 When I connect it to a PC, it looks like this to see how it is output. 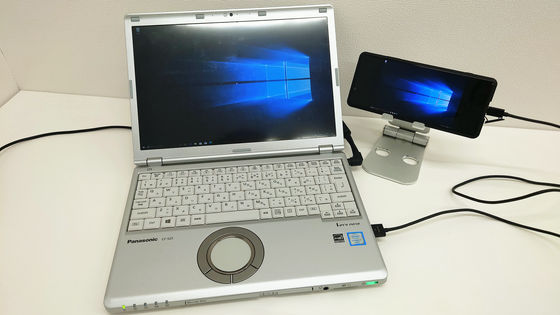 
Of course, you can mirror the video without any problem, but if you want to play YouTube like the video below, it is easier to play it with Xperia PRO, which can communicate by itself.


However, it is certainly characteristic that it can be used as an external monitor of the camera or the video taken by connecting to a camera without communication function can be transferred via Xperia PRO. 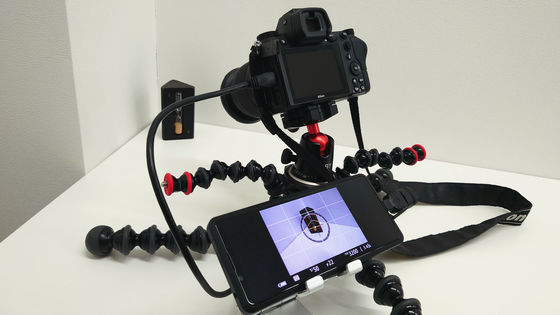 The image that is actually connected to the camera and used as an external monitor looks like this. You can enlarge the display by tapping the screen, which is a great help when shooting. The default magnification is 2x, and the maximum is 4x. The enlargement done in the video below is doubled.


In addition, when I tried various connections in my environment, some PCs could not output to the outside well. In that case, it may be improved by lowering the output resolution to full HD or less, or by shortening the cable used for connection with high quality. 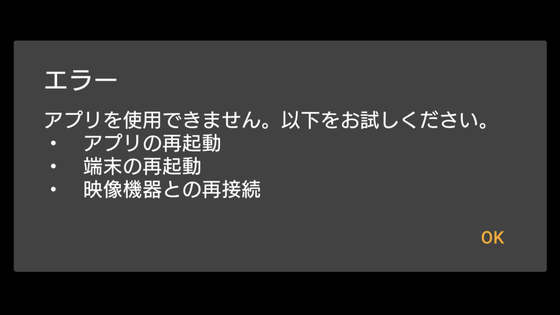 The selling price of Xperia PRO is 227,901 yen excluding tax at the Sony online store. The SIM-free model of the Xperia 1 II used for comparison is 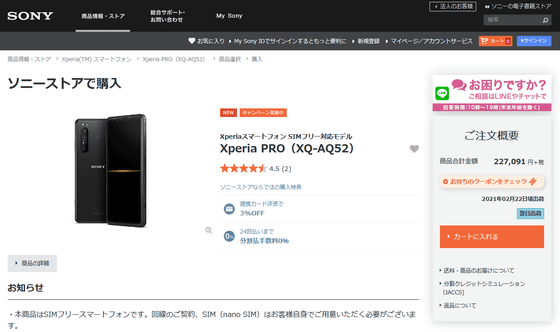