A playable build of 'Dinosaur Planet', which was developed as a title for NINTENDO 64 and remained unreleased, will be released 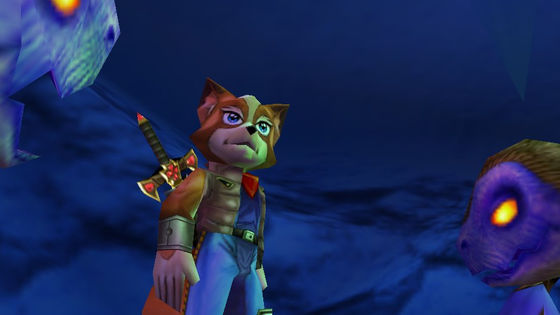 Today we have released Dinosaur Planet by Rare for Nintendo 64. The development was halted and moved to the GameCube, where it was then released as Star Fox Adventures. Enjoy! (More info in this thread).

The published build does not work 100% perfectly on all emulators, and multiple graphical issues with shadows and lighting and slowdowns are expected. In addition, it seems that the file in the build states that it was last worked on December 1, 2000.

Note: The game will currently not run 100% perfectly on any emulator. Expect many graphical issues with shadows and lighting, and some slowdown. It should however, work perfectly fine with flashcarts. Pic.twitter.com/P5xwf5stbz

We purchased this disc containing the build from a private game collector in Sweden. The file date lists the build as being from December 1st 2000. It seems to be quite a late build of the game which is great, but it will need some hacking to be fully playable to the end. Pic.twitter.com/igtDSzeRzG

The following movie is a picture of actually downloading the playable build of Dinosaur Planet released by Forest of Illusion and playing it on the emulator.