A situation occurred in which a smart chastity belt was hacked and a ransom was required, and the victim man said that 'digital things can not be trusted' Sam Summers, who was wearing a smart chastity belt that can be operated via the Internet, suffered hacking damage, and a hacker robbed him of the right to operate the chastity belt. A man who was hacked said, 'I can't trust digital things,' revealing that he has lost credibility to the smart chastity belt. One day, I received a strange message from a smart chastity belt app connected to Summers' own smartphone. The message said, 'I took away the right to operate the chastity belt, so pay 1000 dollars (about 100,000 yen) with Bitcoin.' Mr. Summers thought that it was his partner who sent the message to the smart chastity belt app, 'It sounds silly, but I was a little excited about this message,' he recalled at that time. I will.

However, when Summers confirmed by phone, it became clear that it was not the partner woman who sent the message to the smart chastity belt. It was at this point that he realized that his smart chastity belt had been hacked for the first time, Summers said.

The smart chastity belt used by Summers is a product called ' Cellmate Chastity Cage ' manufactured by Qiui , a Chinese sex toy maker. Regarding this smart chastity belt, it turned out that there is a vulnerability in the API published by the manufacturer that allows hackers to control the device. This vulnerability was reported by a security researcher in October 2020. After that, a hacker hacked Cellmate Chastity Cage and threatened the user with 'Pay the ransom if you want to unlock it.' 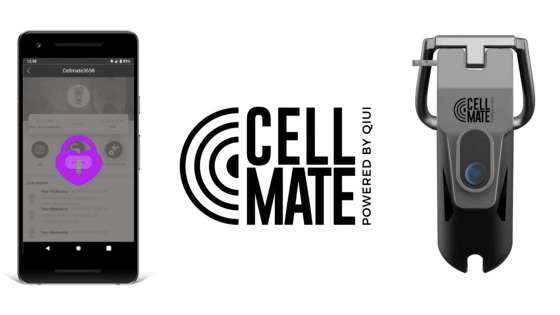 After being hacked into a smart chastity belt, Summers desperately searched for Bitcoin and found that some was left in his old account. It seems that he used the account to pay the ransom as requested by the hacker, but the hacker requested a higher ransom payment. It seems that cutting with a bolt cutter was successful, but Mr. Summers seems to have damaged his penis as well. Looking back on those days, Summers said, 'There are no scars, but it bleeds and hurts.' He also revealed that the wound prevented him from having sexual activity for more than a month.