Due to the influence of the new coronavirus infection (COVID-19), unattended games are being held at soccer fields around the world. A study examining the number of emotional quarrels and referee protests that occurred in these matches confirmed that 'a match without spectators reduces conflicts between soccer players and stakeholders during the match.'

As a measure against COVID-19, there are many unattended games in the Austrian soccer league Bundesliga . 'It's a unique opportunity to learn about the impact of unattended games, the so-called'ghost games', on the behavior of those who participate in sports,' said Michael Laettner, a psychologist at the University of Salzburg. I decided to conduct a study on the unattended game played by FC Red Bull Salzburg (RBS) . 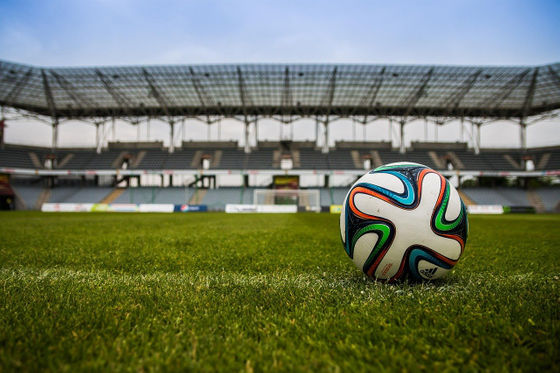 Data for a total of 20 games were used in the study, including 10 games played in the 2018-2019 season held with spectators and 10 games played in 2019-2020 held as ghost games. is. Laettner et al. Analyzed the play video of all 20 games with the 'Emotional Behavior Analysis System in Soccer (ASEB-F)' and analyzed emotional behavior such as quarrels between players and referees during the game. Did.

As a result, it was confirmed that the emotional behavior of the opponent team toward the players and referees in the game without spectators was 19.5% less than in the game with spectators. In addition, referees as well as athletes were less likely to actively participate in emotional situations by 14.2%.

Analysis shows that not only the number of emotional actions, but also the time has decreased. In spectator games, players, referees, and staff spent a total of 41 minutes and 42 seconds involved in emotional behavior, while in ghost games, they totaled only 27 minutes and 9 seconds.

Regarding this result, Laettner said, 'Without external factors from the supporters, players and staff have frequently regained their composure. Also, the number of disputes has decreased by 4.7%, and the debate is heated. Also decreased by 5.1%. '

According to Laettner, ghost games had more 'regrets of missing opportunities' and 'protests' than games with spectators, while all quarrels and discussions involving other players and referees decreased. It was said that it was. The study also found that the presence or absence of spectators also affected the content and performance of the match. Fabio Richlan, co-author of the paper, said, 'RBS scored 28 points in 10 games in the 2018-19 season, but 36 points in 2019-2020, an increase of 6.1% overall. That's an increase of 8 points. This trend is the same for all 120 championship group games played between the two seasons, a ghost game compared to previous results with a total of 95 goals. In the match played in, a total of 114 points were recorded, which is 20% higher. '

'The data in this study are focused on one football club match, so more research is needed to see if the findings are universal,' Laettner and Richlan said in a treatise. .. He concluded, 'Our research has shown that the absence of supporters has a significant impact on the behavior of athletes, staff and referees.'