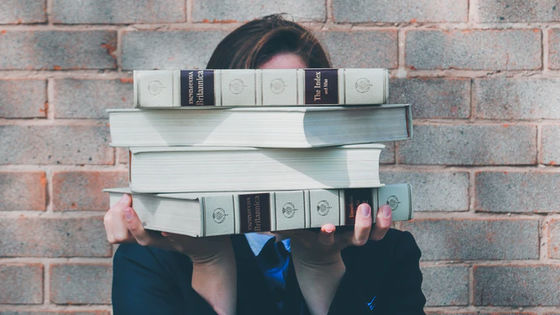 Cognitive abilities vary greatly from person to person, and some people are so familiar with common sense that they are called 'trivia kings.' Studies suggest that the circuits in these human brains may be streamlined.

Are You Excellent at Trivia? Your Brain Could Be Uniquely Wired
https://www.sciencealert.com/are-you-really-good-at-trivia-your-brain-might-be-particularly-well-wired

On the other hand, 'crystalline intelligence' is the intelligence acquired from the accumulation and learning of experience and knowledge, and is considered to be related to the level of common sense of the individual. However, little is known about what kind of neural basis it is.

Therefore, the team at Ruhr-University of Bochum and Humboldt University of Berlin had 324 students, mainly students, undergo MRI examinations and analyzed them using functional magnetic resonance imaging (fMRI) and diffusion tensor imaging. I did. Diffusion tensor imaging provides information about the properties of the tectonic network of the brain by reconstructing nerve fiber pathways. Based on the information obtained, subjects were assigned individual scores for the structural network of the brain.

Subjects also completed a common sense test called the 'Bochum Knowledge Test.' This test consists of more than 300 questions collected from various fields such as chemistry, biology, art, and architecture, and the average score is less than 50, which is difficult.

Tests showed that older men tended to perform better, as well as performance fluctuations due to the efficiency of a network called 'NETstruc.'

Regarding this result, Elhan Genchi, a biopsychologist at Ruhr-University Bochum, said, 'If the brain network becomes efficient, it will be possible to integrate pieces of information well, so it may be possible to obtain good results in the common sense test. I suspect it isn't. '

However, the number of samples in this study was relatively small, and the fluctuations due to the efficiency of brain networks were significant, but only slight differences. Whether Genchi et al.'S idea is correct requires further research.