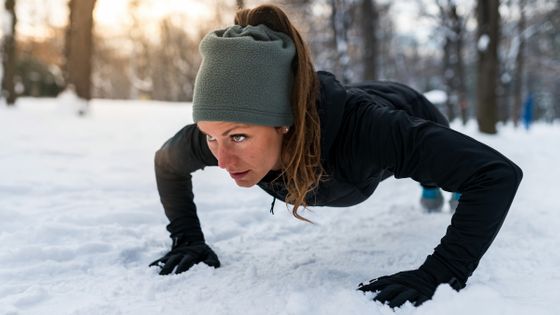 Some people have decided to exercise for a diet, but have had the excuse to say, 'Let's wait for the temperature to rise a little more' because of the cold weather. However, a new study found that 'exercising in the cold may increase the efficiency of fat burning,' suggesting that you should exercise on colder days.

Exercising in The Cold Could Burn Off More Fat, New Research Shows
https://www.sciencealert.com/exercising-in-the-cold-could-burn-off-more-fat-new-research-shows A research team at Lorentian University in Canada found that 'temperature during exercise' affects fat burning by high-intensity interval training (HIIT), which repeats high-intensity and short-term exercise with a short recovery period. We conducted an experiment to investigate.

The research team recruited 11 moderately fat subjects in their 20s and had them perform HIIT in both a 'normal temperature environment' at 21 degrees Celsius and a 'cold environment' at 0 degrees Celsius. The HIIT performed by the subjects in this experiment was '10 sets of cycling at 90% intensity for 1 minute, a recovery period of cycling at 30% intensity for 90 seconds between each set, and finally slow cycling. It is said that 'cool down whether to do or walk'.

After that, the calorie consumption of the subject was measured by indirect calorimetry , and changes in blood glucose level and biotransformers were measured from the blood sample to evaluate the fat burning rate. In addition, the subjects ate a high-fat diet for breakfast after sleeping overnight, and then measured the efficiency of fat burning again. 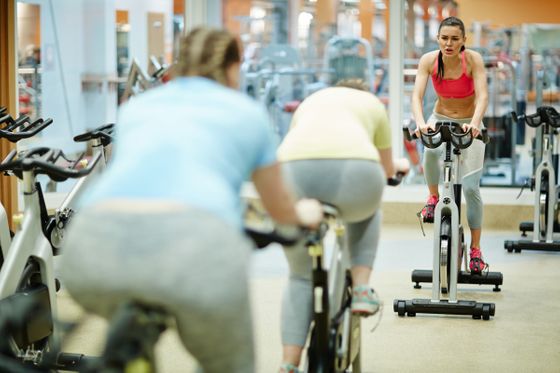 It has been known that HIIT helps burn fat, but the effect of ambient temperature on the rate of fat burning by HIIT has not been studied. 'This is the first known study to investigate the effects of cold temperatures on acute metabolism during HIIT and postprandial metabolism the next day,' the research team said.

Science Alert, a scientific media outlet, points out that it is too early to draw comprehensive conclusions from the results of this study due to the very small number of subjects and the small number of HIIT sessions. However, he argued that it would be an interesting starting point in investigating how ambient temperature affects fat burning from intensive exercise.