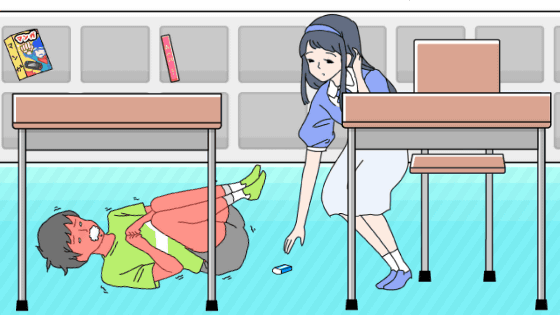 ' Shy Boy ' is a game that helps shy boys in the 'escape game' style where you tap the screen to collect items. In 2020, I was curious about what this game,

which won the category award in the game indie category of Google Play Best of 2020, so I played it.

When the game started, a landscape like a school classroom was projected. First of all, it seems that the greetings of the transfer students will begin. 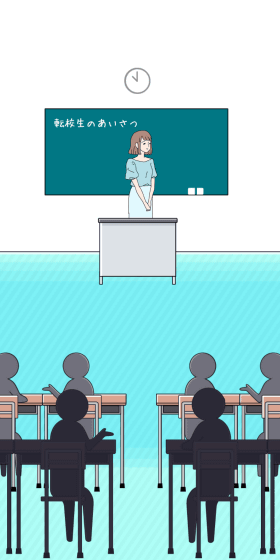 How to play is displayed. 'Let's touch various places to find out!' 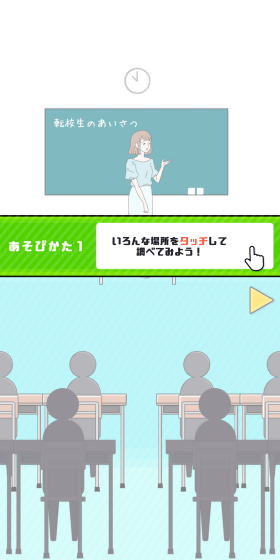 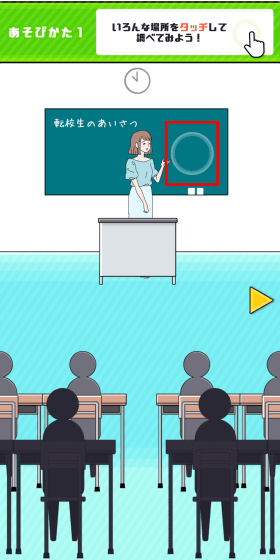 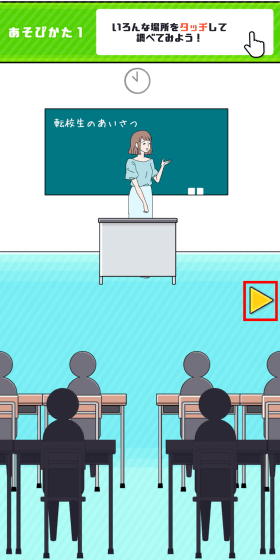 Then, it was projected that someone was standing behind the door of the classroom. 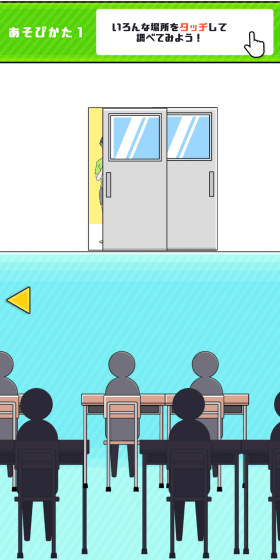 When you touch the door, the door opens, and a boy who moves his finger with his finger appears. 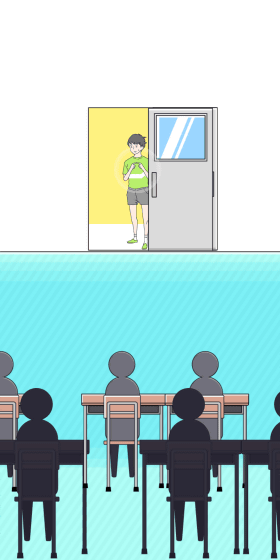 The boy moved to the front of the table, but he remained squirming and did nothing. I can't help it, so I'll help you introduce yourself. When you touch the chalk placed on the blackboard ... 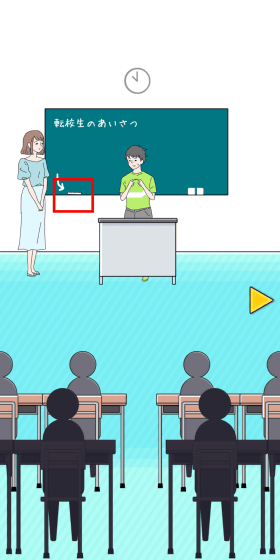 I got the item 'Choke'. The items you get will be displayed in the item column at the bottom of the screen. 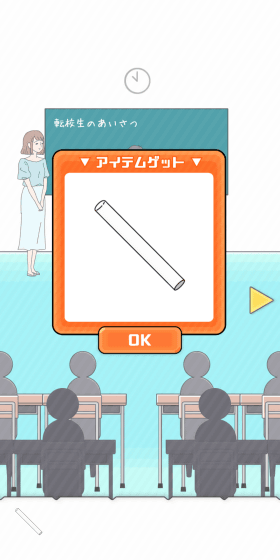 Move while touching the item in the item column ... 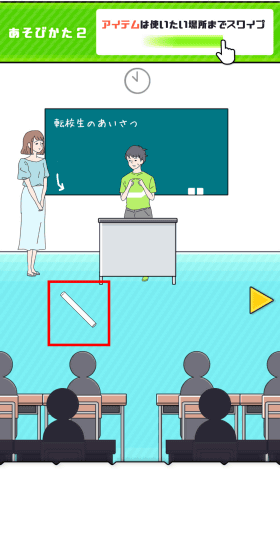 I took the chalk so that it overlapped the boy and released my finger, and I was able to hand the chalk to the boy. 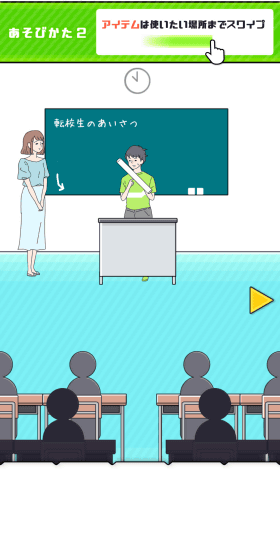 Boys write on the blackboard with chalk. 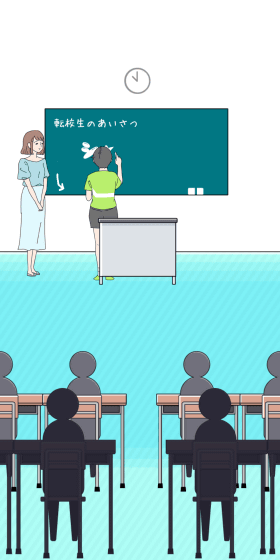 This boy seems to be named 'Shy Boy'. I was able to finish the self-introduction safely. 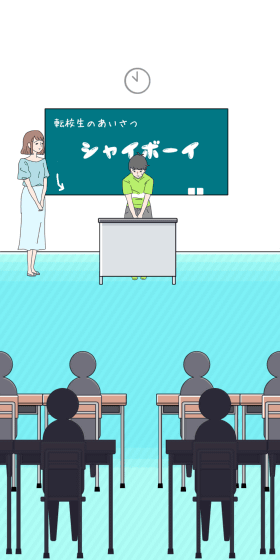 As I advanced the screen, I moved to the stage selection screen. It seems that the previous story was the first episode. Next, I will play the second episode 'My First Friend'. 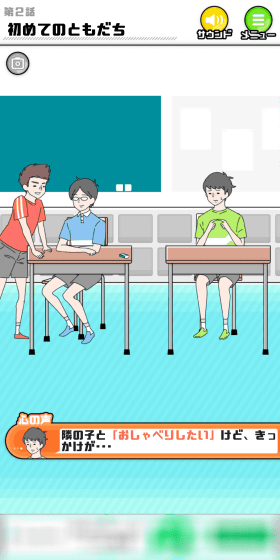 When you hear the 'voice of the heart', it seems that you want a chance to chat. 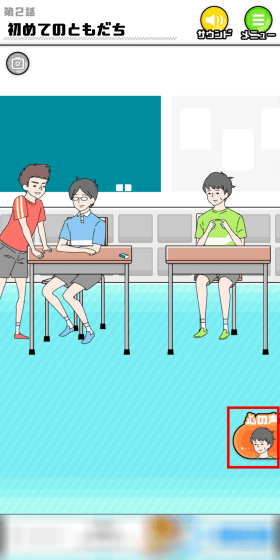 As time passed, the two went somewhere and failed. You can replay the same stage by touching 'Retry'. 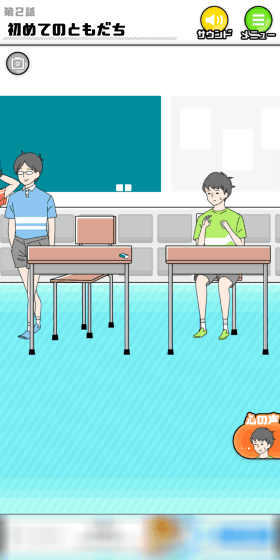 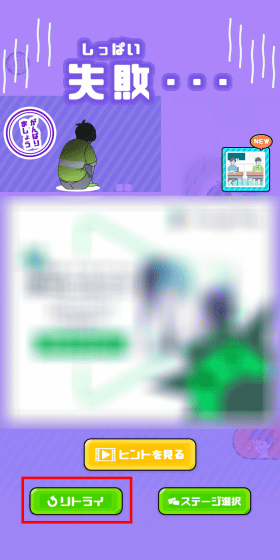 If you really don't understand, you can see the advertisement and display the hint. 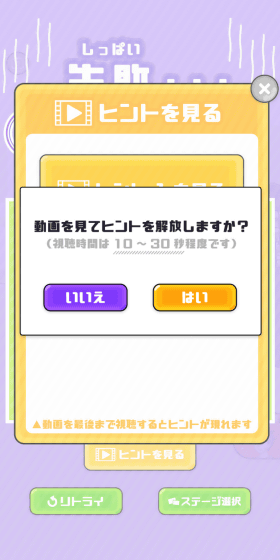 Replay episode 2. This time, when I touched the 'eraser' placed on the desk, the eraser fell under the desk. 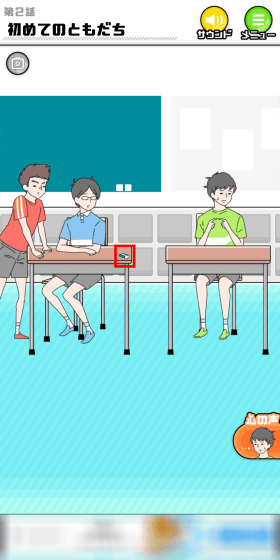 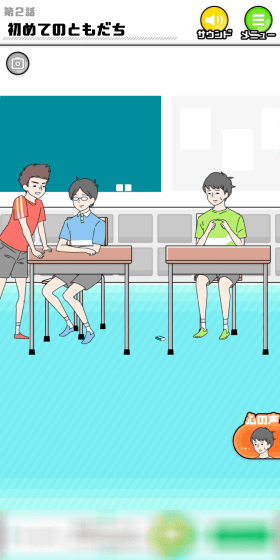 The shy boy picks it up and gives it to the boy. 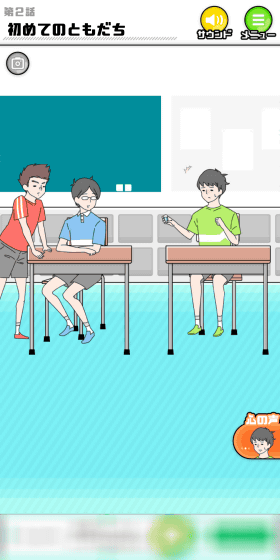 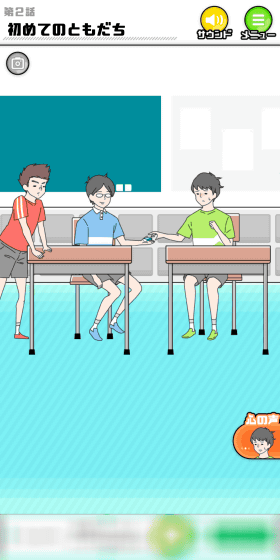 This made me able to talk to two boys, and the second episode is clear. In this way, you can touch the screen to find a solution and clear the stage. 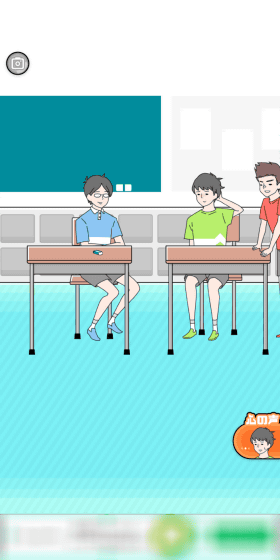 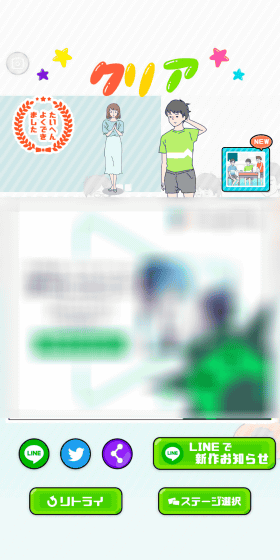 If you touch the photo with 'NEW' on the clear screen, you can share the game screen when you clear it on SNS etc. 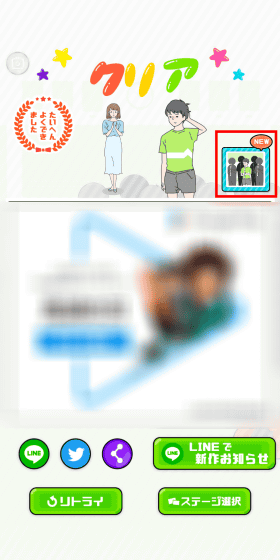 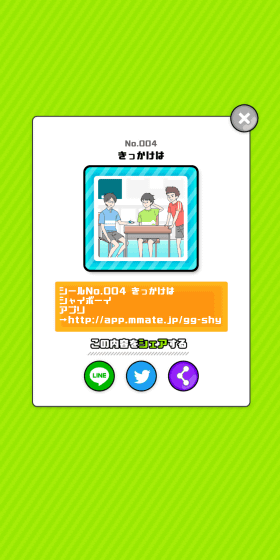 There are 31 episodes in total, and what is waiting for the final stage? 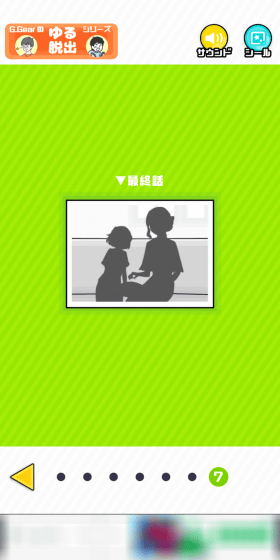 It's exciting to see a shy boy trying to overcome his hardships with his wisdom, such as avoiding wearing a costume because he doesn't want to be seen on the TV camera, or letting an angry grandfather eat candy to calm him down. There are many mysteries that are not straightforward, and it was a game that could be enjoyed for a long time until the end.

Shyboy is an Android device-only game that you can download for free from the 'Shyboy' page on Google Play .