Play review of 'Sky: Children of the Light Stars' flying around the mysterious world while enjoying loose communication for free 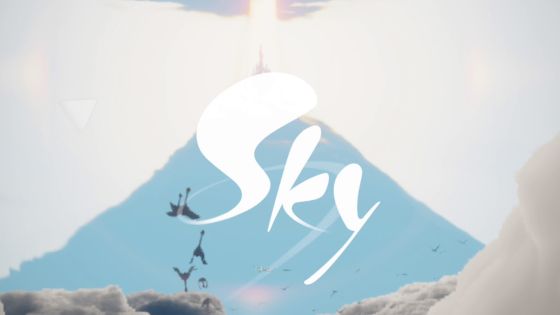 ' Sky : Children of the Light ' is a free adventure game where you can explore a mysterious world while flying around. Developed by

Thatgamecompany , which has been in charge of producing games such as ' Kaze no Tabi Bito ' and ' Flower ', I actually played this work that won the grand prize in the indie game category at Google Play Best of 2020 .

After the installation is complete, tap 'Open' to launch 'Sky: Children of the Light'.

When you start it, you will be asked to agree to the terms of use and disclaimer, so read it carefully and tap 'Agree' to start the game.

Players called from far away will explore a mysterious world.

The story of 'Sky: Children of the Light' is rarely told in conversations and sentences, and it is necessary to understand the story and world view from the gestures of the characters and the objects placed on the stage.

The gameplay screen of 'Sky: Children of the Light' looks like this. There is almost no UI on the game screen, so you can enjoy beautiful scenery to fill the screen. The operation is simple, swipe the left side of the screen to move, and swipe the right side to operate the camera. You can jump by tapping the button in the red frame and fly in the sky by long-pressing.

During flight, you can freely decide the direction of travel of the character by swiping the screen. It's quite refreshing because you can fly around the wide stage freely. In addition, when climbing, it is necessary to consume the gauge at the top of the screen, and when the gauge is exhausted, it will not be possible to climb.

It is possible to extend the altitude of the jump by collecting the 'wings of light' placed in various places on the stage.

You can see how you fly around the vast stage endlessly in the following movie.

The flight scene of 'Sky: Children of the Light' looks like this-YouTube


As I was walking around the stage, I met other players playing 'Sky: Children of the Light'. When another player ignites a candle or activates a gimmick, the world changes in real time, giving you the feeling of exploring the same world with multiple people.

At each stage, there is a 'star spirit' who cannot return to the sky. The 'Star Spirit' will be released from the ground and returned to the sky as the character approaches. At this time, you can learn gestures from 'Star Spirit'.

Gestures are selected from the menu that appears when you tap the button at the top of the screen. Gestures allow you to communicate with players who have passed each other.

Basically, communication is done using the gestures you get, but you can also chat with players sitting nearby by sitting on the chairs prepared at various places on the stage.

In addition, it is possible to hold hands and act together with the players who have become friends. You can see how you actually fly around and walk around with the player you got along with in the following movie.

Act with the players you met in 'Sky: Children of the Light'-YouTube


When I actually played 'Sky: Children of the Light', there was no need for 'waiting for matching' or 'detailed communication' like a general online game. You can loosely connect with other players through gestures, or you can immerse yourself in the game by yourself. Also, since you can easily fly around the mysterious world with simple operations, it may be a perfect game for those who want to move away from the essential elements of recent games such as collecting detailed items, raising levels, and completing quests.

'Sky: Children of the Light' will also appear on Nintendo Switch in the spring of 2021.