KFC Gaming ' for game fans, and has played romance simulation games where you can fall in love with Uncle Kernel and VR games where you can't escape from the room until Kentucky learns 'how to fry fried chicken'. I have announced. And on October 23, 2020, KFC Gaming revealed the whole picture of the garming PC ' KFConsole ' that can keep fried chicken hot with exhaust heat. Detailed specifications with Intel GPU and GeForce RTX graphics are also published. 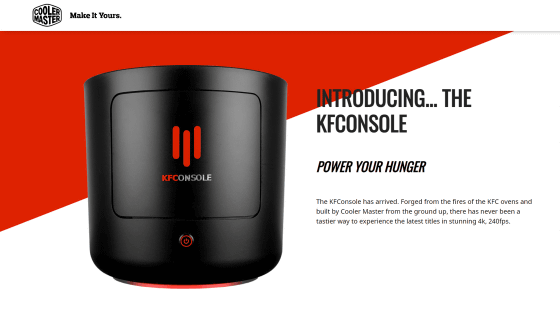 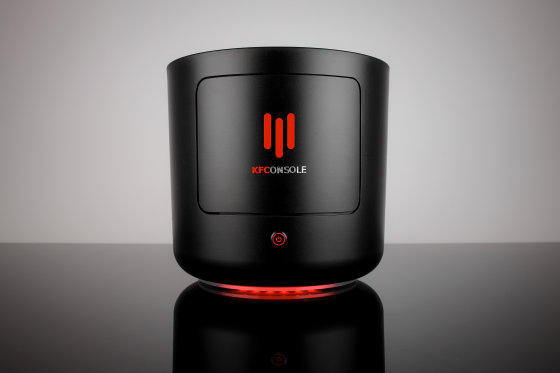 The upper part of the front can be pulled out ... 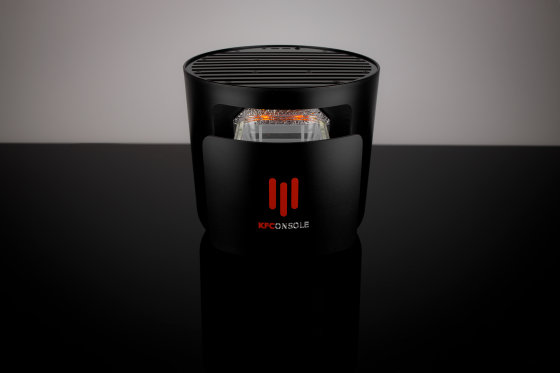 If you put Kentucky Fried Chicken here, it is possible to warm the chicken with the exhaust heat of the PC generated at the bottom of the main body. The state where the chicken is actually put is like this. Power button at the bottom front of the main unit. 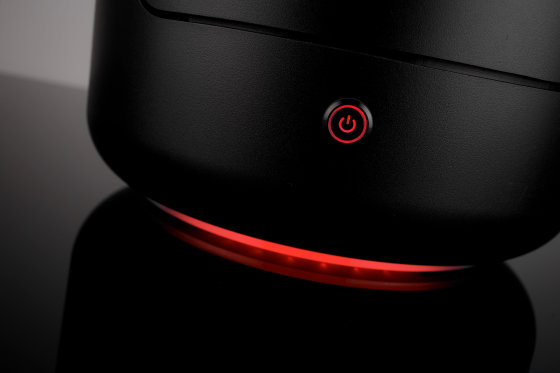 Here's a simple structure. At the bottom of the main unit, Intel's

NUC 9 Extreme Compute Element is housed in the MASTERCASE NC100 . The graphic card is made by ASUS. It is believed to utilize NVIDIA's Turing GPU architecture. Data can be accessed quickly even while loading a game via PCIe / NVMe connection. Seagate and Barra Cuda 1TB SSDs will also improve performance. In addition, KFC Gaming has released the following movie, 'The console war is over. Introducing KFConsole.'

KFConsole was originally scheduled to be released on December 18, 2020, but the schedule has been postponed and officially announced on the 23rd. It will actually be sold, but at the time of writing the article, the price and release date have not been released.