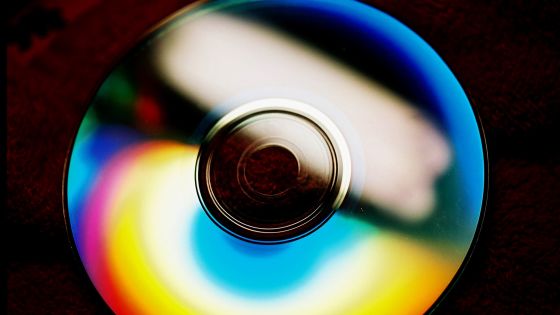 large-scale failure on December 14, 2020 (Monday), when Google services such as YouTube, Google Calendar, and Gmail became unavailable for about 45 minutes. 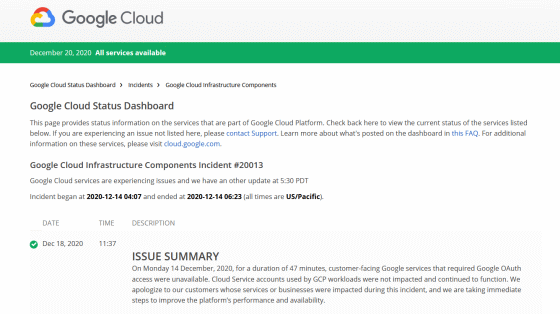 On Monday, December 14, 2020 Pacific time, a major failure occurred that made services such as YouTube and Google Calendar unavailable. The cause was a malfunction of the authentication service, and the failure lasted for about 45 minutes.

A large-scale failure occurred in which Google's service became unavailable for 45 minutes, caused by a storage problem of the authentication service --GIGAZINE The contents of the trouble report by Google are as follows.

OAuth authentication. Account data was stored in a distributed database, and for security reasons, requests for older data were rejected.

Google uses a quota system to limit the resources allocated to each service. The quota system was updated in October 2020, but there was an omission in some updates, and the old quota system remained. In addition, older systems were misrepresenting the User ID service as 'no capacity available'. Since the quota had a grace period, it did not fail for a while after the system update, and the monitoring system could not detect the problem.

However, Google said that the quota grace period was over, the distribution database update was restricted and the account data became outdated, and as a result, the request from the user ID service to the database was rejected and the authentication function failed. Explains. Streaming that causes BigQuery to read data during a failure caused errors in up to 75% of the total, and errors in BigQuery jobs up to 10%.

· Google Cloud Storage (GCS): Approximately 15% of requests were affected by the failure, especially when using OAuth, HMAC , and email authentication. Even after the failure was resolved, up to 1% of the users who started uploading during the failure were still unable to complete the upload.

-Google Cloud Networking: In the control plane, the error rate continued to rise until 5:21 am on December 14, 2020. For the data plane, only VPC networking change operations were affected.

-Google Kubernetes Engine (GKE): During the failure, up to 4% of the requests to GKE's control plane API were in error. Also, almost all services were unable to send metrics to Cloud Monitoring . During the first hour of the failure, there was a problem processing users running on up to 1.9% of GKE nodes.

· Cloud Support: Google Cloud Platform and Google Workspace Status Dashboard were affected by a failure, delaying failure sharing with users. The user was unable to create or view the case in the Cloud Console. After 5:34 am, the problem was resolved.

◆ Countermeasures and future measures
The failure was notified to engineers by an automatic alert about capacity in the US Pacific region at 3:43 am, a user ID service error at 3:46 am, and a user notification at 3:48 am. At 4:08 am, the root cause and potential remediation were identified and the quota enforcement was disabled at the data center at 4:22 am. This quickly improved the situation, with the same mitigation applied to all data centers at 4:27 am and error rates returning to normal levels by 4:33 am. 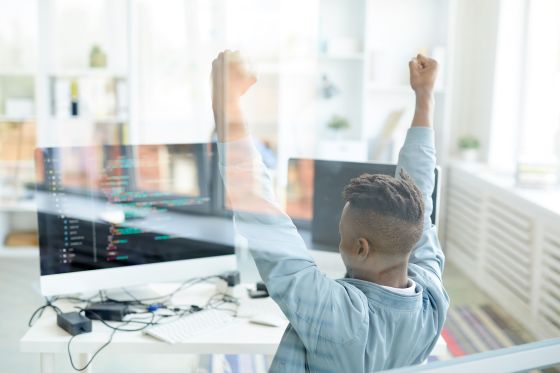 In addition, Google will take the following measures to prevent the recurrence of the failure.

・ Review of quota system
・ Review the monitoring system so that failures can be detected immediately.
-Improve the reliability of tools and procedures that notify externally of failures in the event of a failure that affects internal tools such as dashboards.
-Evaluate and implement the recovery function of the user ID service write to the database.
· Improve the fault tolerance of GCP services and further reduce the impact of user ID services on the data plane in the event of a failure

Google commented, 'We apologize for the impact this accident has had on our users and their businesses.'