Joga No. 5 ' carried about 2 kg of 'moon rock' in the Inner Mongolia Autonomous Region of northern China. Landed on the Dorbod Banner . This is the first successful sample return of lunar soil in 44 years since the launch of Luna 24 by the Soviet Union in 1976.

Chinese spacecraft carrying rocks and soil from the moon returns safely | The moon | The Guardian
https://www.theguardian.com/science/2020/dec/16/chinese-spacecraft-carrying-rocks-and-soil-from-the-moon-returns-safely

The unmanned lunar exploration ship Chang'e 5 was launched as part of the Chinese project ' Chang'e Plan ' aiming to build a lunar base in the future, and is a sample return to collect the lunar soil and bring it back to the earth. Is the main mission. Chang'e 5 was launched on November 24, 2020, local time, entered the lunar orbit in about 112 hours, and successfully landed on the moon on December 1, local time. 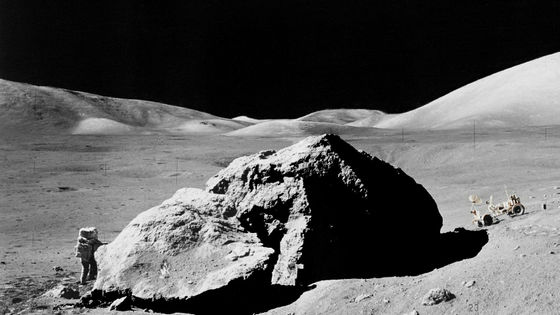 The Chang'e No. 5 was landing, the most extensive in the lunar sea of the month is the storm of the ocean north of Mons Rümker is. Mt. Rümker was chosen as the landing site because it is younger in geological age than the areas where the United States and the Soviet Union sampled more than 40 years ago, and is of great scientific value. It is said that it was possible to collect a 'sample'.

Lunar Module No. 5, which consists of four modules, a lander, a takeoff module, an orbiter, and a return module, lands on the lunar surface with a lander and a takeoff module, and excavates the lunar module to a depth of 2 m with the arm of the lander. Then, collect about 2 kg of lunar soil sample. The take-off vessel that received the sample was launched into the lunar orbit again, and the orbital vessel and the return vessel recovered it and headed for the earth.

The return capsule containing the sample rushed into the atmosphere on December 17, and opened a parachute at a point about 10 km from the ground and landed at the designated place. You can see the video of the return capsule that actually returned to the earth in the following movie.


The return capsule landed at the Dorbod Banner in Inner Mongolia. In the center of the gathered press ... 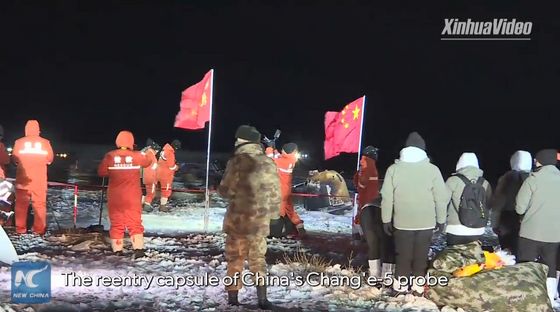 A return capsule with a charred surface. It is believed that 2 kg of 'moon rock' is enclosed inside. 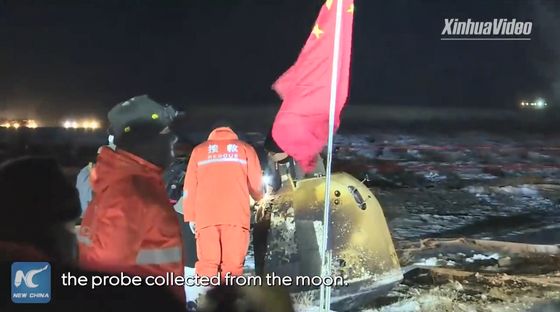 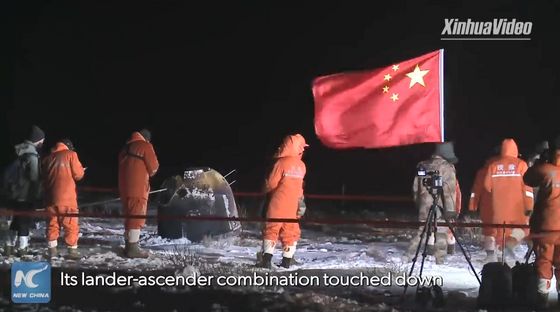 According to the China National Space Administration , the return capsule will be airlifted to Beijing for opening and the sample enclosed inside will be sent to the research team for analysis. Valuable lunar samples will also be available to non-Chinese scientists, said Pei Zhaoyu, deputy director of the China National Space Administration's Lunar Exploration and Space Program Center.