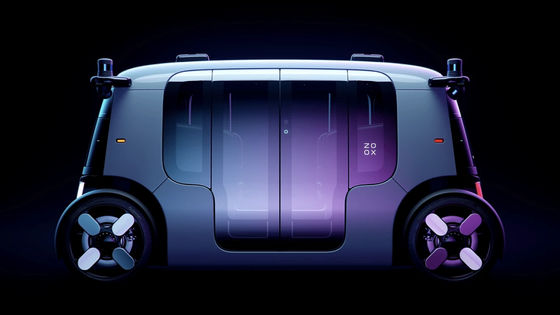 Founded in 2014, Zoox has spent about six years aiming to build ride-hailing services like Uber and Lyft using autonomous robot taxis. The appearance of the robot taxi, which is an important step toward achieving this, has been unveiled for the first time.

The robot taxi being developed by Zoox is an electric vehicle capable of traveling at 75 mph (about 120 km / h). 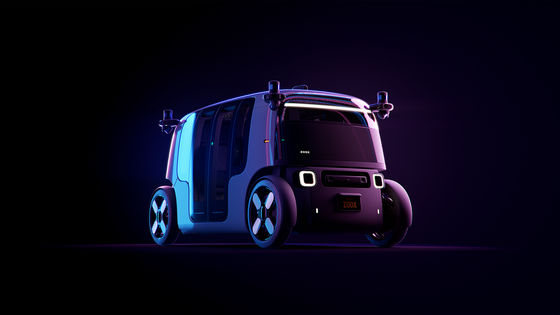 The robot taxi uses a

four-wheel steering (4WS) system and can travel at a maximum speed of 120 km / h regardless of the front and rear of the vehicle, so it is not necessary to change the direction of the vehicle in a narrow space. Therefore, it seems that the vehicle adopts a symmetrical design. 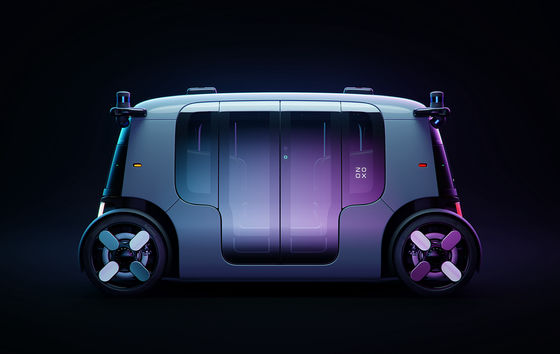 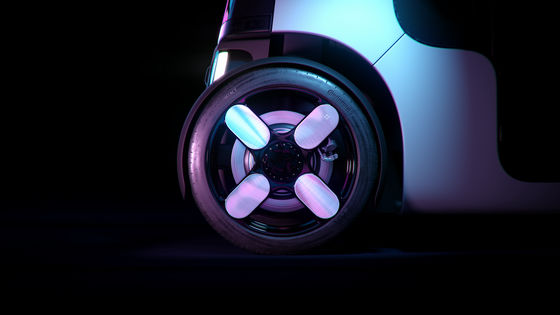 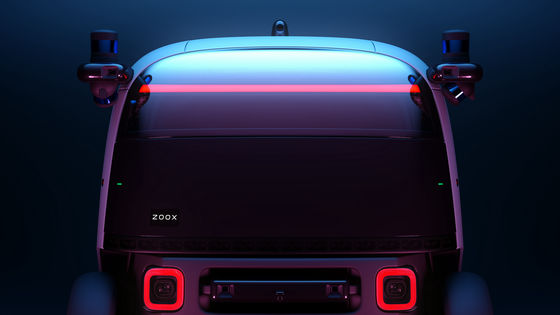 A unique sensor architecture that combines a camera, radar, and LIDAR is installed at the four corners of the roof, and we have succeeded in securing a 270-degree field of view. By using four of these sensor architectures, blind spots are eliminated, vehicles other than pedestrians and robot taxis are tracked, and safe autonomous driving is achieved. 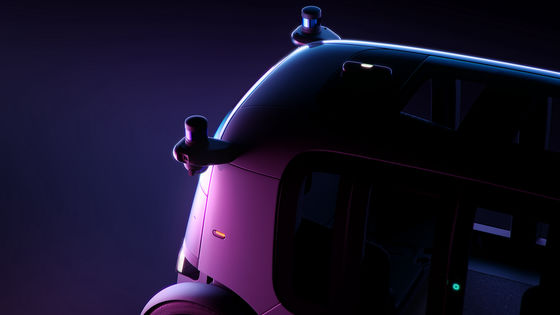 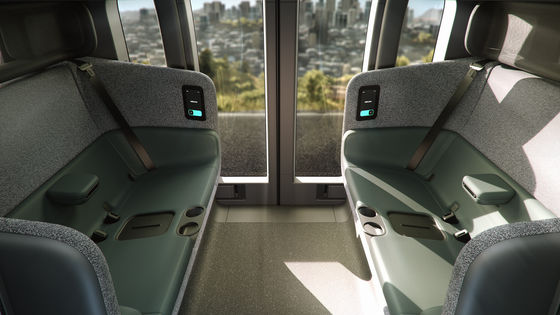 A touch panel is installed in the hands of passengers, allowing them to play music freely. 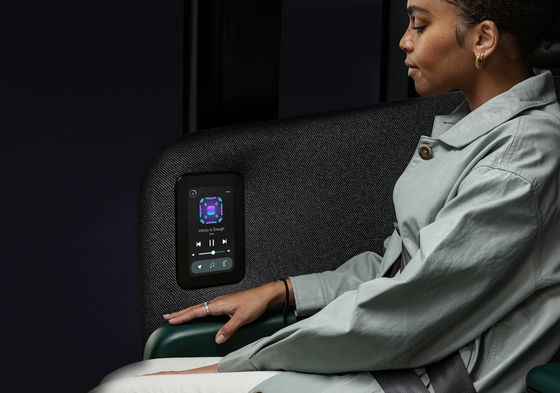 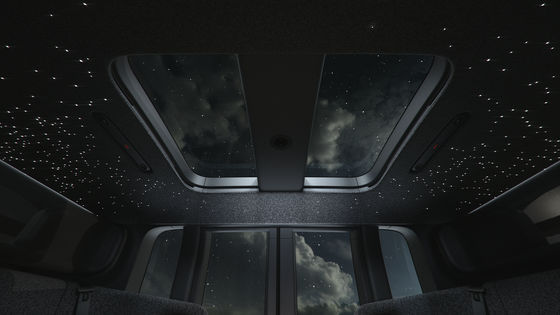 When people line up, it's about this size and quite compact. 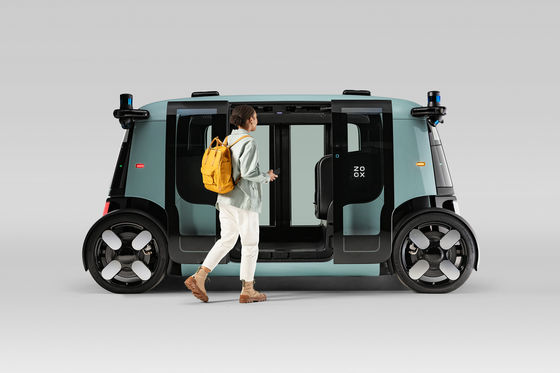 Zoox CEO Aisha Evans said, 'We are transforming the ride experience to provide superior mobility services to the city. Also, looking at amazing statistics on carbon emissions and road accidents, passengers start at point A. We see that building a sustainable and safe solution to enable us to move to Point B is more important than ever, 'he said, saying he would like to announce the appearance of a robot taxi as a step towards that. I will.

In addition, Zoox engineers explained that for vehicle design, 'We have added preventive collision prevention technology, including more than 100 safety innovations that do not exist in conventional automobiles,' as one of them, 'both sides. 'A completely new airbag system for vehicles' and 'carriage seats that wrap passengers' are mentioned. In addition, the robot taxi has passed the collision test of the Federal Motor Vehicle Safety Standards (FMVSS), which is the safety standard for automobiles in the United States.

Fully Autonomous, All-Electric and Built for Riders, Not Drivers—This is Zoox --YouTube