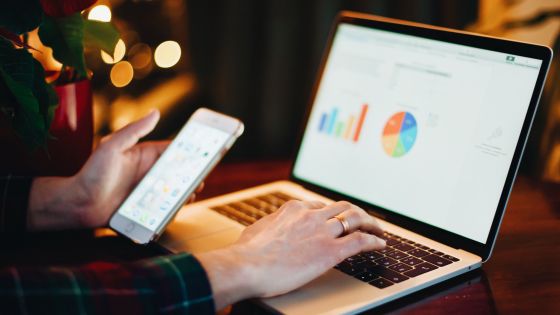 latency ', which is the time between operating the device and returning the result of the operation, the faster the user can feel the response. Dan Lu, who runs danluu.com , which focuses on various computer technologies, measures the latency of various devices released in the last 40 years or so and explains the results.

Mr. Lou felt that devices such as smartphones and PCs released in recent years had high latency, even though their performance was significantly improved compared to older devices. Therefore, by measuring the 'time from keyboard input to screen display' on various devices that appeared in 41 years from Commodore PET 4016 that appeared in 1977 to ThinkPad that appeared in 2017, by using a high-speed camera, I checked the amount of latency generated by each device.

As a result of measurement, the Apple IIe that appeared in 1983 had the lowest latency, followed by the TI-99 / 4A that appeared in 1981, the CPU 'Core i7-6850K' that appeared in 2014, and high refresh for 165Hz gaming. This is followed by a PC consisting of a display, and the Commodore PET 4016 , the oldest device used this time, which appeared in 1977. In addition, the latency of PowerSpec G405 , which was the latest device at the time of measurement, was 200 ms, which is longer than 190 ms, which is the time it takes for Internet communication to go around the world (packet around the world). Today's high-performance PCs have higher latency than computers 40 years ago without a display with a high refresh rate. Lou says the results are influenced by the

Next, Lou also measured the latency of various old and new touch-operated devices. As a result, the latency was the smallest has appeared in appeared in 2017 10.5 inches iPad Pro in, followed by the iPhone 4S and iPhone 6S , iPhone 3G S will be sorted the iPhone series such as. The lowest latency smartphones except the iPhone was the Blackberry Q10 with a physical keyboard, followed by Huawei honor 8 in 2016, Google Pixel 2 XL in 2017, and Galaxy S7 in 2016. The biggest delay was the e-reader Kindle 4 . In addition, all devices other than the iPhone have higher latency than the Game Boy Color that appeared in 1998.

Mr. Lou explained why the latency of the iPhone is low: 'Apple designs both the iPhone chip and the OS in-house, so it is easy to design to keep the latency low. On the other hand, Android terminals It may be difficult to design for latency because the device design is different for each vendor. In addition, Google, which develops Android, tends not to emphasize the user experience compared to Apple. '

In addition, the Blackberry Q10 equipped with a physical keyboard that is simpler in design than the touch screen has a lower latency, and the Kindle equipped with electronic paper with a much larger delay than the liquid crystal display has a higher latency.