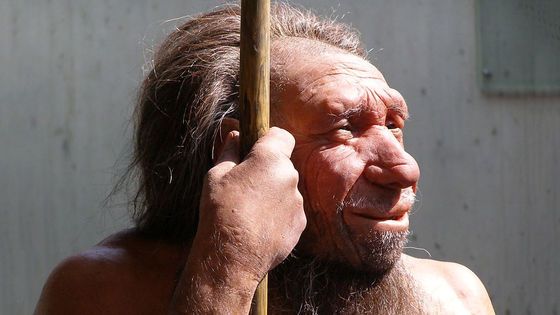 The Neanderthals, a type of human being that appeared about 400,000 years ago, not only had a high culture of painting murals and burial , but also had mating with the modern human being, Homo sapiens. I already know. Regarding the difference between Neanderthals and Homo sapiens, researchers claim that there was a difference in 'how to grip what they are good at' in a new study focusing on the bones of the thumb.

Thumb study reveals why one ancient human had an upper hand over another
https://www.inverse.com/science/ancient-human-thumbs The paper, published in the open access journal Scientific Reports on November 26, 2020, focuses on the 'thumb bones' of Neanderthals and Homo sapiens and analyzes the differences between them. The research team used 3D scanning technology to compare five Neanderthal fossils, five Homo sapiens fossils, and 50 modern human bones, respectively.

Is the lead author of the paper, United Kingdom, University of Kent is a postdoctoral fellow of Ameline Bardo said, 'We are bone and wrist at the base of the Neanderthal thumb large diamond-shaped bone connecting and, a large diamond-shaped bone and thumb 1 We examined the shape of the real bone and the wrist side of the first metacarpal bone in comparison with early and modern humans. '

The part surrounded by the red frame in the photo below is the wrist side of the trapezium and the first metacarpal bone analyzed in this study. This part is integrated with the palm, and while the index finger, middle finger, ring finger, and little finger hardly move, the thumb has a certain range of motion. 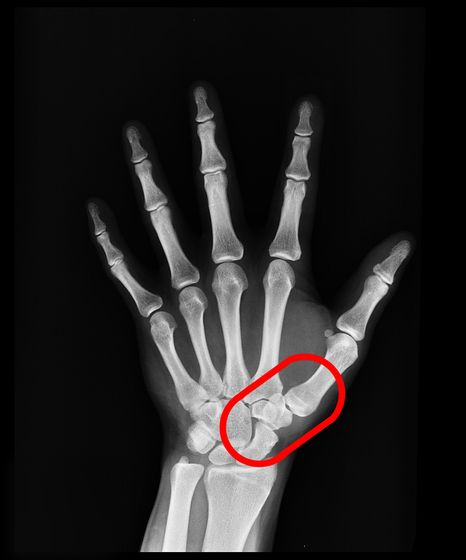 When the research team put a mark on the surface of the bone and examined the movement and shape of the joint, it was found that there may have been a difference in 'how to hold things' between Neanderthals and Homo sapiens.

'The flat bones at the base of the thumb found in Neanderthal fossils and the small contact surface between the bones make it suitable for extending the thumb along the sides of the hand,' Bardo said. It suggests that I used to hold the tool regularly, like when I grabbed a handle like a thumb and held the tool. ' On the other hand, in the thumb of Homo sapiens, the bone at the base is larger and curved, so the contact surface becomes larger. The shape of this thumb is suitable for a more precise grip, such as when holding a pen, with the pads of the thumb, index finger, and middle finger aligned to grab an object. 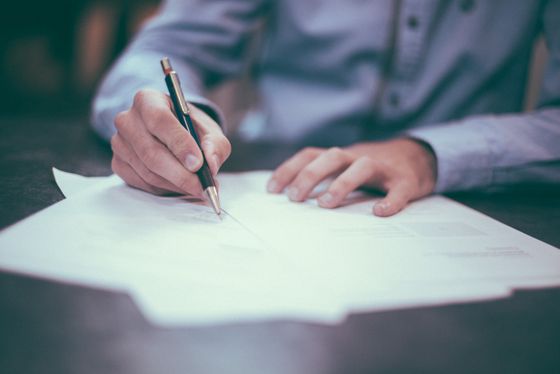 Just as Homo sapiens can hold a hammer, Neanderthals may have been able to hold a pen, but the research team believes they found it harder to hold than Homo sapiens. The study also points out that it does not necessarily show that 'Homo sapiens is superior to Neanderthals', but that the two species had different styles.

Based on this analysis, the research team wants to compare the tools used by ancient humans with the bones of Neanderthals to gain a better understanding of finger shape and tool use. Research on ancient humans is difficult due to the limited number of samples available, but Bardo says that by leveraging the latest technologies, including 3D technology, we can get as much information as possible from fossils that are already available. Said.