What is the cause of the 'largest exposure accident in the Americas' in which materials contaminated with radioactive materials have been distributed across countries? The Mexican Chernobyl, The Biggest Nuclear Accident In The American Continent --What's on
https://culturacolectiva.com/history/cobalt-60-ciudad-juarez-mexico-nuclear-accident It was in the city of Ciudad Juarez, Mexico, located along the border with the United States, that the accident that radioactively contaminated a wide area that straddles the United States and Mexico occurred. On December 6, 1983, maintenance workers at Ciudad Juárez's medical center, Vicente Sotelo and Ricardo Hernández, were told, 'You can take whatever you want in the hospital warehouse,' and the junk I was looking for something that could be resold.

The two, who decided to sell the radiation therapy equipment as scrap metal, noticed that there was a box-shaped part weighing 100 kg while disassembling the machine with a hammer or the like. When the two broke the box, there were more than 6000 small spherical grains (pellets) inside, but it seems that the disassembled machine was put on the pickup truck without worrying about it.

In fact, the material of this pellet was

cobalt-60 , which was used as a radiation source in radiotherapy equipment, and emitted a large amount of radiation. However, the two of them carried it to the recycling site by truck without noticing it, and scattered a large amount of pellets not only inside the truck but also on the roadside. When the two sold machine parts to a recycling site, Sotelo parked a radioactively contaminated pickup truck near his house. It seems that the battery of the pickup truck was stolen immediately after that, and it was left in a densely populated area for about three months.

At the recycling site, cranes and nearby metal debris were contaminated with radiation-emitting machine parts and tiny pellets, and machine metal parts were brought to affiliated smelters. The smelter dissolves metal scraps and processes them into metal blocks used for building materials and tables, and it is said that an estimated 20,000 tons of materials containing machine parts and secondary contaminated metal scraps were manufactured. .. And the month after the two sold their radiation therapy equipment, the materials contaminated with radioactive substances were unknowingly shipped not only to Mexico but also to the United States.

The situation was discovered on January 16, 1984, when a contaminated truck from a smelting company was delivering in New Mexico, USA, when the driver lost his way and happened to be at the Los Alamos National Laboratory . It was passing by. The Los Alamos National Laboratory, which once developed the atomic bomb, is equipped with radiation sensors to control the transport of radioactive material. The truck that emits radiation was caught by this sensor and succeeded in taking a picture of the truck that passed in front of the gate.

A search based on this clue revealed that the truck was parked in front of the motel, and authorities set out to put an end to the situation. About 1000 rem (10 Sv) of radiation was detected per hour from the truck, which is 5000 times the radiation emitted by the X-ray machine (0.2 rem), and 50% of the exposed people died. It is a value that greatly exceeds the exposure dose of 400 rem. Investigations by the Mexican Nuclear Safety and Security Measures Commission (CNSNS) and others have revealed that contaminated metals are widespread along the US-Mexico border, and authorities have begun collecting pollutants. U.S. authorities recovered 90% of the 1,000 tons of pollutants distributed in the country and sent them back to Mexico, but in Mexico only 5,000 tons of the 19,000 tons could be recovered.

In addition, 180 workers were mobilized to collect the pellets of the radiation source that were scattered when Sotelo and Hernández first carried the radiation therapy equipment, but the workers are satisfied with the protection. He wasn't given any ingredients. The total number of people exposed in connection with this accident is estimated to be 4,000.

Radiation exposure can cause a variety of health problems for people, but Sotelo, who should have been exposed to significant doses, did not have any serious symptoms, saying, 'Vicente the Bionic Man (superhuman). It was called by the nickname 'Vicente)'. On the other hand, in the polluted town of Ciudad Juárez, it was confirmed that the number of cancer patients increased and the number of children born or stillborn due to malformations increased in the years after the accident. 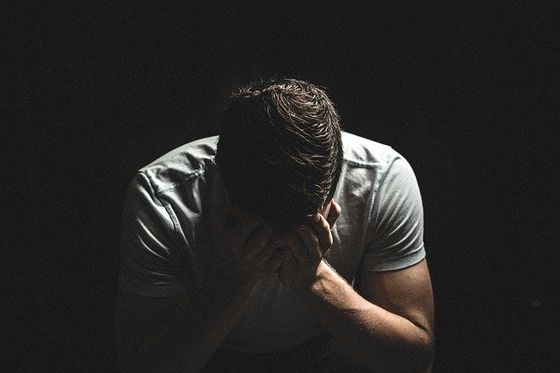