Is Google Violating Antitrust Law? If you explain the essence of the problem in detail, it will be like this 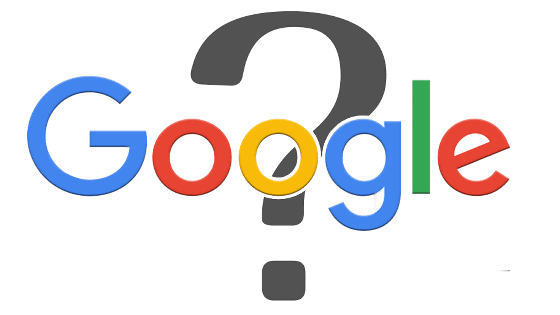 Analyst Ben Thompson points out that Google has finally been sued for violating antitrust law (antitrust law), but the issue is very different from traditional antitrust trials. Mr. Thompson explains in detail the essence of the problem, why it creates a situation where Google's behavior seems to be perfectly fine at first glance.

On Wednesday, October 21, 2020, Japan time, the US Justice Ministry has finally filed a lawsuit against Google, which has been under investigation for antitrust law (antitrust law). The Justice Department has positioned this proceeding as a serious proceeding following the 1974 AT & T proceedings and the 1998 Microsoft proceedings . Analyst Ben Thompson pointed out that the proceedings against Google are different from traditional antitrust proceedings. He explains that the fact that the way of distribution has changed significantly due to the existence of the Internet complicates the situation. 'Standard Oil acquired a number of refineries in the 19th century, and those that did not accept the acquisition were pushed down and pushed out of the market. Of course, price cuts are a must in the competition, but Standard Oil's The lawsuit then enacted a law governing 'what the monopoly cannot do'. Companies do not violate the anti-trust law simply by gaining market power by legitimate means, but they are legal. You can't act to keep your competitors out of the monopoly when you're in a monopoly position by means. '

“Monopoly is potentially an important element of anti-competitive behavior. The antitrust sector has a long history of analyzing monopoly behavior in traditional industries under Sections 1 and 2 of the

Sherman Act . Exclusive contracts are generally either companies asking customers to buy exclusive rights or suppliers selling exclusively. There are many variations, such as requirements contracts and bulk discounts.

Indeed, this can be competitive if the contract maximizes the productivity of OEMs and retailers, or if the contracting partner can overcome the free-riding problem . Such contracts are beneficial to newcomers, especially in the digital market, which has network effects and vested interests. However, it can be anti-competitive if the dominant company has a contract to avoid new entrants or a contract to reduce the ability of rivals to scale. This is also true in the digital market. '

Many have pointed out that the lawsuit filed before the presidential election in November 2020 'has a political plan.' However, Thompson believes that the 2019 Deputy Attorney General's speech shows that the suit against Google makes sense in terms of antitrust law.

IN THE UNITED STATES DISTRICT COURT FOR THE DISTRICT OF COLUMBIA
(PDF file) https://www.justice.gov/opa/press-release/file/1328941/download

For years, Google has entered into exclusive contracts, including 'tying arrangements,' to cut off distribution channels and engage in anti-competitive acts to block rivals. Every year, Google keeps its default position as a search engine and distributes, including popular device makers such as Apple, LG, Motorola, Samsung, and AT & T, T, to prevent customers from contracting with competitors. -Pay billions of dollars to major US wireless operators such as Mobile and Verizon, as well as browser developers such as Mozilla, Opera and UCWeb. Some contracts require distributors to include Google apps, including search apps, on their devices so that consumers start the Internet from Google Search.

Therefore, it can be said that Google is eliminating the competition for Internet search. Search engine competitors have been denied major distribution, scaling, and product recognition and have no chance of challenging Google. The word 'Google' not only refers to a company or search engine, but is also the verb 'search the Internet,' and Google is dominant.

Google has long dominated and monetized the search and text advertising markets. Google uses consumer search queries and consumer information to sell ads. In the United States, advertisers pay about $ 40 billion annually to place ads on Google's Search Results (SERP). And the revenue that Google earns from its exclusive advertising is 'shared' with distributors in return for its support for search engines. These huge payments are a powerful impediment to distributors switching to other companies. This payment also raises the barrier for rivals to enter. This is especially true for small, innovative search companies that can't afford to pay billions of dollars in entry fees. These exclusive payoffs and other anti-competitive practices give Google a permanent, self-reinforcing monopoly in multiple markets.

Google's anti-competitive practices are pretty detrimental because they prevent rivals from scaling to compete. Search services, search ads, and search text ads require complex algorithms to learn to always display the best organic search results and ads for your queries. This algorithm accelerates automatic learning depending on the amount, variety, and speed of data. When asked about Google's greatest strength in search, Google's former CEO said, 'Scaling is key. We have a very large scale when it comes to the data we can bring in. ' Google maintains its monopoly illegally by denying that of others while expanding its size in its sales contracts. ' 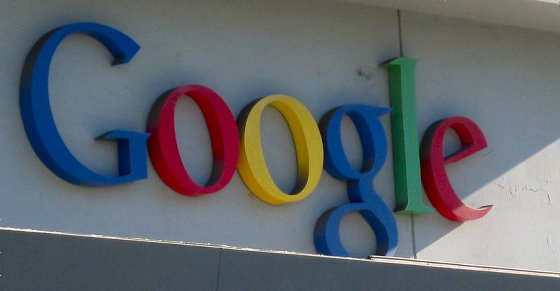 On the other hand, Google says, 'People who don't want to use Google don't use Google. People use Google because they choose it. This is because changing the choice can significantly reduce the quality of service. It's different from what happened in the 1990s when you bought another software on a CD-ROM. Anyone can easily download the app, change the default settings, and change their choices in seconds. ' did.

Thompson pointed out that Google's counterargument was correct before technology and online services became mainstream. In an era when physical shops and telephone services were the mainstream, there were only a few options.

The problem is that there is something in the digital market that Thompson calls ' aggregation theory .'

The consumer market can be broadly divided into three categories: 'suppliers' that send goods, 'distributors' that distribute goods, and 'consumers'. Traditionally, in order to make a big profit in the market, one of the three had to be monopolized, or two of the three had to be covered to gain a competitive advantage.

By consolidating the distribution, which consisted of 'supplier,' 'distributor,' and 'consumer,' into 'supplier' and 'consumer,' the ' aggregator ' that performs this consolidation will be able to obtain a lot of profits. I did. The point is that traditional monopolies ultimately penalize consumers, but aggregators win the market by 'profiting consumers.' It has been pointed out that Google is an aggregator for some time, but many criticisms of this proceeding have overlooked 'the change in distribution on the Internet' and 'Google is an aggregator', Thompson. He points out.

The fact that Google is 'beneficial to consumers' is a very annoying problem.

For example, Google has been sued in the past by a competitor shopping site 'Foundem' for 'the company's site is not displayed when searching for products that consumers buy.' When a consumer searches for a product, Google displays a price comparison site instead of the shopping site itself, based on the idea that 'searchers will want to compare prices.' This can be considered detrimental and exclusive to shopping sites, but beneficial to consumers. 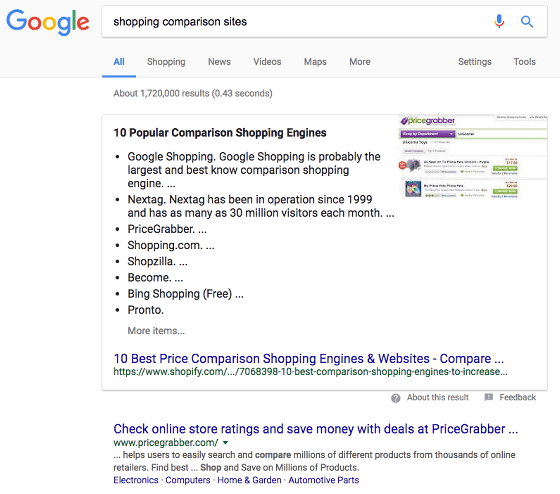 In Foundem's trial, the European Commission said it was a 'mistake' for Google to display useful search results to consumers, which is a fairly unreasonable claim. On the other hand, this time the U.S. Department of Justice has focused on 'setting Google search as the default for mobiles and computers' rather than saying 'displaying search results should not be beneficial to consumers'. It makes sense, Thompson said. As a result, 'whether or not it is anti-competitive' becomes a bigger issue for Google in the trial, and the reason why Google search is the default on each terminal and browser is 'The business partner who is sharing revenue is practically' no '. You have to prove that it's not what you can't say, but what your product is good at.

In response, Google argued that 'it is easy to choose to use other than Google search on the terminal, and consumers are still using Google search because Google search is excellent.' It is possible to do something like that. Google also pays Apple a lot each year to make Google search the default in Safari, which in other words means 'the market is competitive.' In addition, the fact that Apple can withdraw large amounts of money from Google can be read as Apple having the exclusive power in the value chain.

However, according to Mr. Thompson, this is a tendency of

duopoly . Apple acknowledged Google's strategy of 'refusing to scale competitors,' and in 2018 Apple's senior executive told Google 'Our vision is as if it were one company.' It ’s about acting together. ” Duopoly often causes one company to behave anti-competitively with the other, Thompson said. Google's behavior as an aggregator is more 'anti-competitive' than 'monopoly', and the two need to be distinguished. Google wants to have good reason to discuss 'legal antitrust laws' that don't harm consumers, but the focus should be on 'anti-competitive'.

Websites that do business using Google will be cooperative with Google through SEO measures, etc., and users will cooperate with Google by providing information by 'clicking'. As a result, Google will build a virtuous cycle and repeat self-reinforcement for both suppliers and users. Once this cycle begins to circulate, it is almost impossible to stop it. Thompson believes that many competitors are deprived of opportunities in this process, and that a new legal framework is needed to stop aggregators from self-reinforcing, rather than addressing traditional legislation.