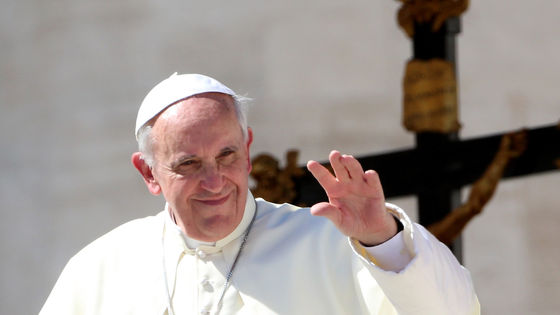 On October 4, 2020, Pope Francis of the Roman Catholic Church published the Encyclical , an official document that disseminates the Pope's ideas to the churches of the world, in which 'Pandemic, everything in the free market. It was shown that it could not be resolved, 'he said, calling for reform.

In the preface to 'Fratelli tutti,' Pope Francis referred to the pandemic of Severe Acute Respiratory Syndrome (COVID-19), saying, 'While creating this encyclical, an unexpected new coronavirus infection (COVID). -19) The pandemic broke out and it was revealed that our well-being was a fake. Even if each country's response to the pandemic is different, this pandemic cannot cooperate with each other in the world. I made it very clear. ' In addition, in Chapter 5, which talked about politics, 'markets alone cannot solve all problems, but everyone is required to believe in this neoliberal doctrine.' 'Good economic policy It enables the creation of jobs, not the reduction of jobs, 'he said, questioning the current state of the economic system.

On top of that, Pope Francis said, 'The fragility of the world system revealed by the pandemic shows that not everything can be solved by market freedom, and we have regained a healthy politics that is not swayed by finance. It also highlighted the need to build a social structure centered on human dignity, 'he said, arguing that the pandemic showed the need for reform. 'Fratelli tutti' was described by the American public radio network NPR as 'the encyclical is a keen critique of nationalism and populism.' Austen Ivereigh, a journalist familiar with the Roman Catholic Church, told the Associated Press, a major American news agency, 'This encyclical corresponds to the last part of Pope Francis' trilogy and became Pope Francis. It could be the last encyclical, and there is no doubt that it will be the backbone of Pope Francis' teachings. '

According to the NPR, there is a controversy in the English-speaking world that the word 'Fratelli', which means 'brother', has been adopted, but that 'women are repelling'. In response to this criticism, Vatican officials explained that 'Italian'Fratelli'means both brothers and sisters.'