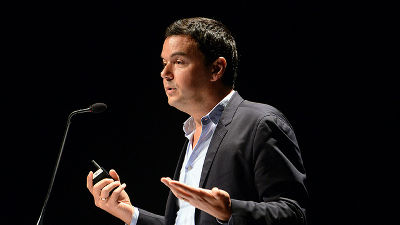 By Fronteiras do Pensamento

A group led by French economist Toma Piqueti who attracted attention in Japan around 2015 will be levied from multinational companies and high net worth individuals to "make the EU more fair" which is said to be approaching the crisis of collapse We announced a manifesto focusing on a tax plan with a total amount of 800 billion euros (about 100 trillion yen).

In the United Kingdom, politicians by politicians who are classified as "extremely right" in various countries also have mixed interests in the pros and cons of domestic violation over EU withdrawal "Breggit", while the EU's "technocratic impasse ) "Is claimed to be driven. "It is impossible to continue to be the same as before," and "We are no longer changing fundamentally the current state of Europe, putting out new EU withdrawal countries, the organization will be dismantled It is not possible to wait for it ", I propose to advance a new policy.

Recommendations entitled "Manifesto for Democratization in Europe" are distributed at the following sites. The manifesto included the leader of Pablo Iglesias of Spanish Left Party " Podemus ", former Prime Minister Massimo Dalema of Italy, Paul Magnet, a Belgian politician, and Michael Advisor during the British administration in the UK · Mr. Jacobs and others are signing. 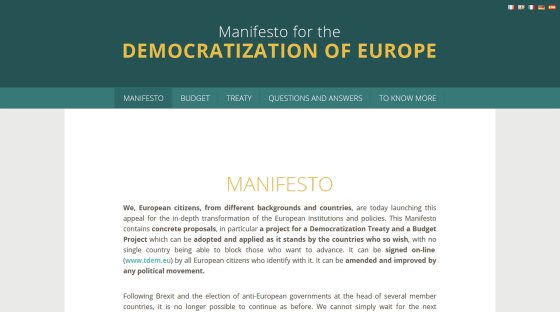 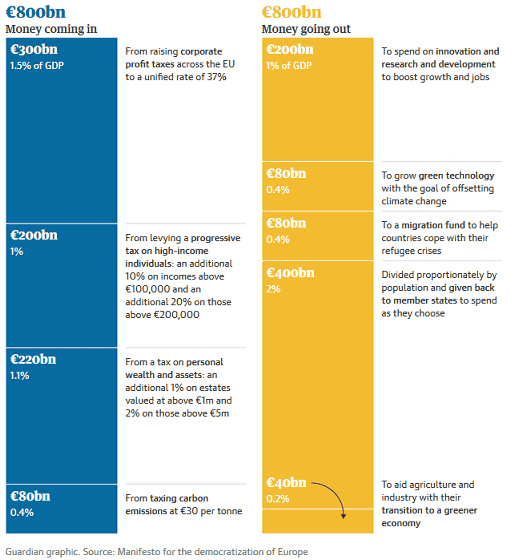 Tax revenues obtained in this way are distributed to the EU countries, 25% to the EU-wide R & D and education, the remainder to budget climate change and immigration issues Policy to be allocated as budget for settlement is stipulated. In addition, how to use tax revenue seems to be monitored by a committee consisting of politicalization of each country and members of the European Parliament.

Speaking of Mr. Piqueti, there are many people who think that the keyword "trickle down" which wealth flows in turn from wealthy people of society to ordinary citizens is closely related, but the manifest announced this time is also It may be said that it is an effective measure of one trickle down. However, there are some people who disagree with this manifesto. British labor lawmaker Richard Corbett, the European Parliament member, should use the mechanism of tax revenue already in the EU, and the manifest this time shows a negative view as " reinventment of the wheel " I will.

Mr. Merkel, who has served as a substantive leader of the EU in Germany, has expressed the retirement in the autumn of 2021, and the EU is in a situation where he can not find the leadership capable person well. It seems that attention will be gathered as to whether the EU, established as a European unity wishfully, will survive and whether problems such as barrier population and immigration problems can be solved.