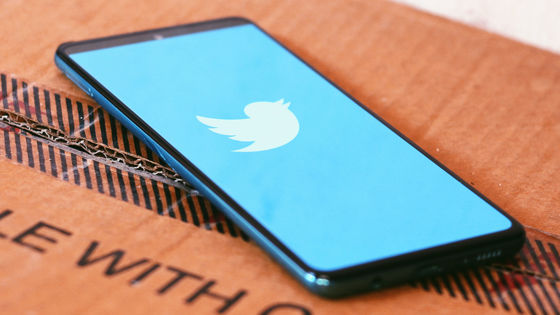 Research results have been announced that by capturing the characteristics of 'vandalism' that harasses others on the Internet, such as 'repeating use of words and word combinations', it is possible to distinguish vandalism with just 50 tweets. ..

Most Twitter trolls are harassment, but some are done for other purposes. For example, in April 2019, it was reported that more than 5,000 bot accounts had been frozen for spreading hoaxes to deny President Trump's allegations of Russia Gate . 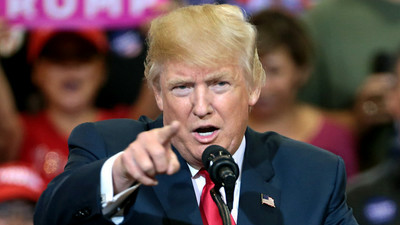 While trolls have a limited number of messages to convey, Monahoff said, 'To deceive the person who saw the tweet, convey the message multiple times, using enough diverse words and topics. We focused on the troll scheme of 'must have' and conducted a survey using a sociolinguistic approach. So, when Monakhov investigated using a library composed of tweets made by Russian trolls and tweets made by American parliamentarians, the tweets made by trolls had specific patterns in words and combinations that were used repeatedly. I found out that there is.

The graph below shows the percentage of tweets judged to be vandalism (vertical axis) and the number of tweets used by the algorithm for judgment (horizontal axis). Orange is the vandalism account, green is President Trump's account, and blue. Is the result of checking the account of a member of parliament. After scrutinizing 50 tweets, troll accounts were detected as 'vandal tweets' three to seven times as many as the accounts of presidents and members of parliament. 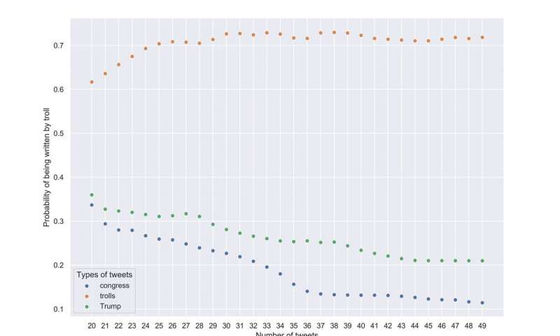 'Trolls usually repeat the same message, so tweets are characterized by a distinctive word-to-word combination. Only 50 tweets need to be scrutinized to determine if they are trolls.' It was, 'he said, saying that the algorithm developed this time can be applied to take measures against vandalism while maintaining freedom of speech on social media.

In addition to the president and members of parliament, Monahoff said more research is needed to distinguish between tweets from the general public and tweets from vandalism.