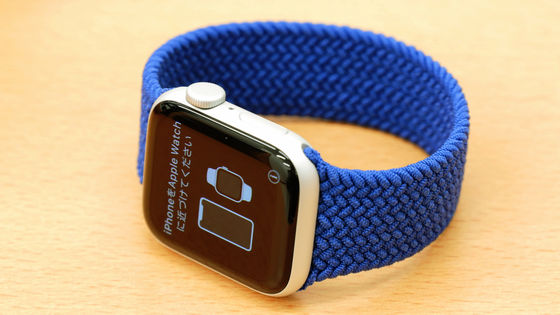 So this is the box that contains the Apple Watch SE. 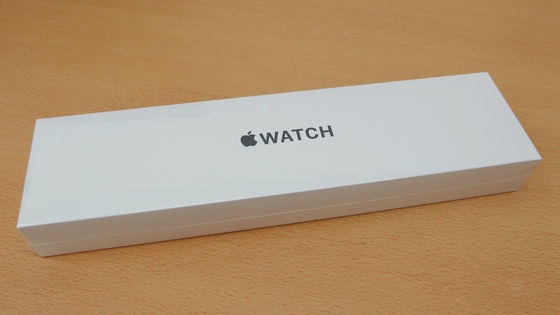 It is covered with a transparent film, but the following knobs pop out at the edges, so ... 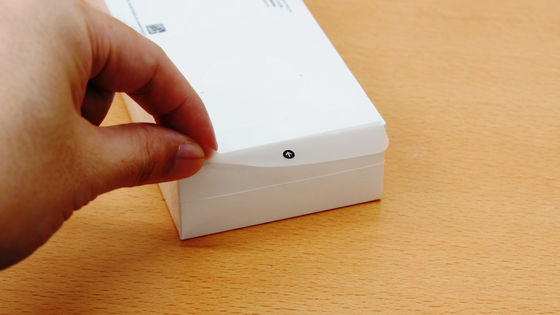 You can easily peel off the transparent film by pulling it. 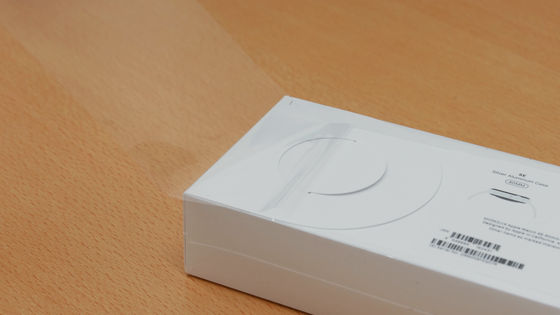 After peeling off the film, open the box from the bottom ... 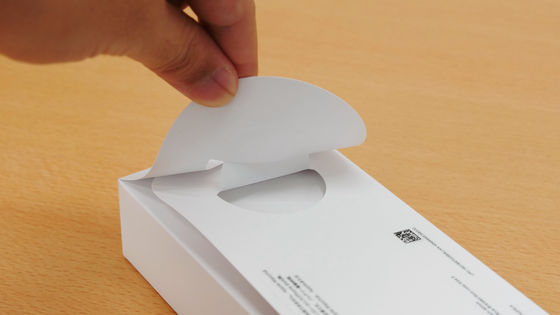 Like this. The inside of the case has a pop look with Apple Watches of various colors and bands lined up, and the Apple Watch SE body and the box containing the bands are stored separately. 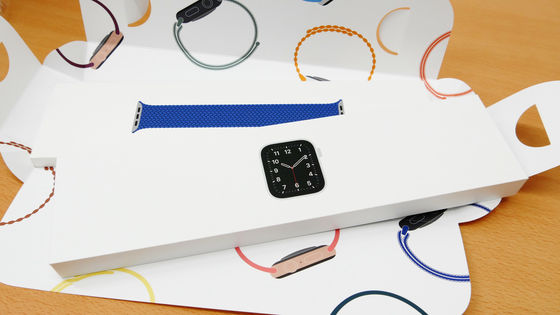 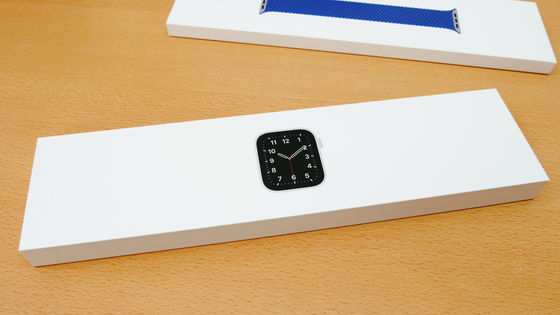 There are stickers with arrows on both ends of the bottom of the case. 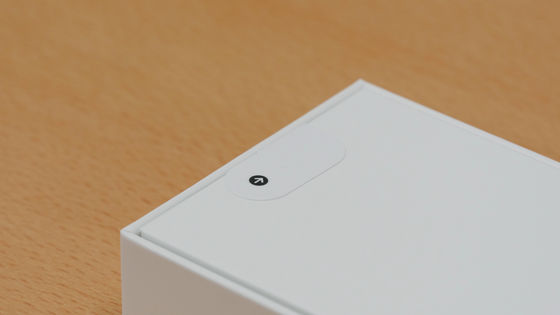 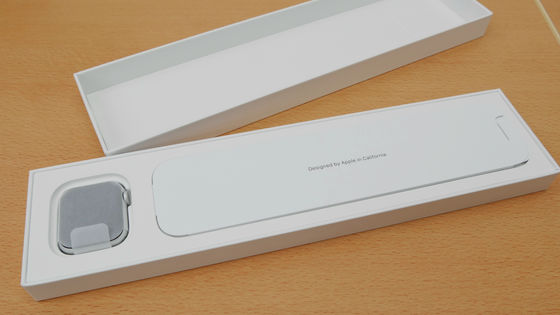 There is a simple usage guide in the paper that says 'Designed by Apple in California' ... 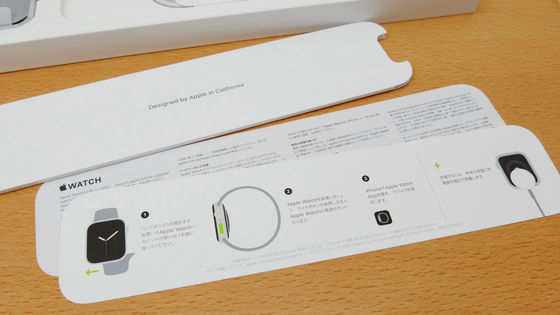 Below that is a charging cable. The power adapter is not included. 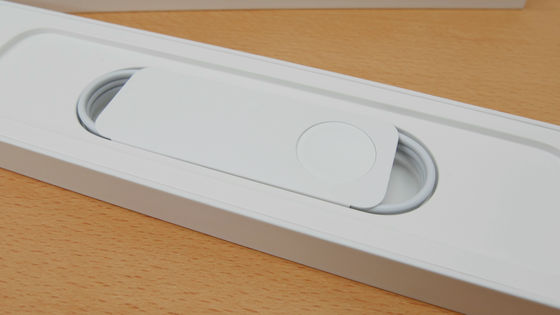 The Apple Watch SE body is covered with a translucent film ... 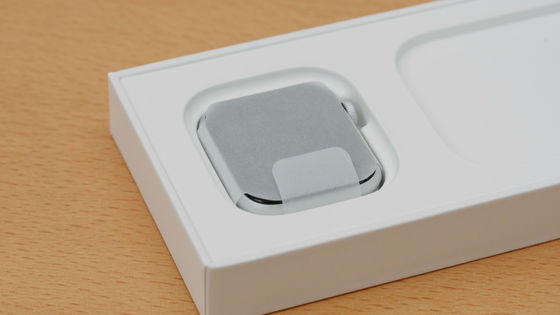 When you peel off the film, it looks like this. This time I bought a 40mm case silver. 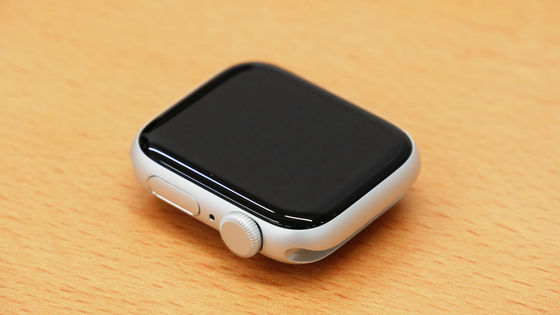 The back side is like this. The model name etc. are written around the sensor in the center. 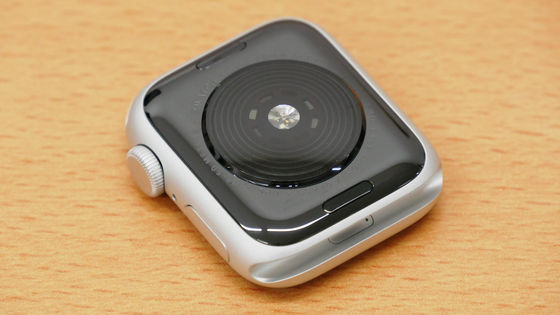 On the right side are side buttons and a digital crown from the left. 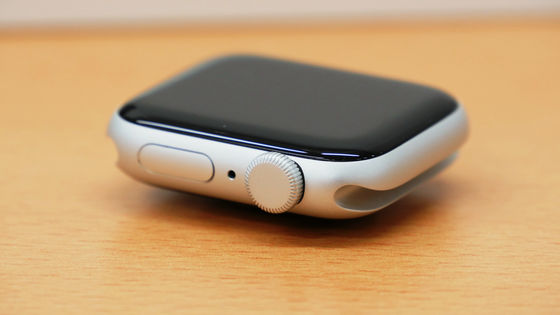 Speaker & microphone unit on the left side. 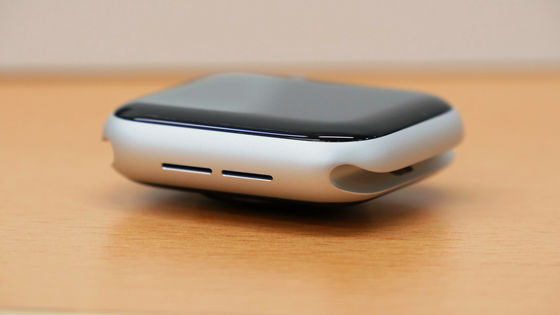 Then open the box containing the band. This time I bought the Atlantic Blue of the new band 'Braded Solo Loop'. 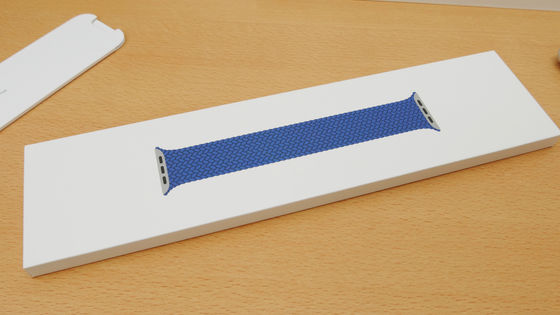 For the box containing the band, remove the transparent sticker on the left side of the bottom ... 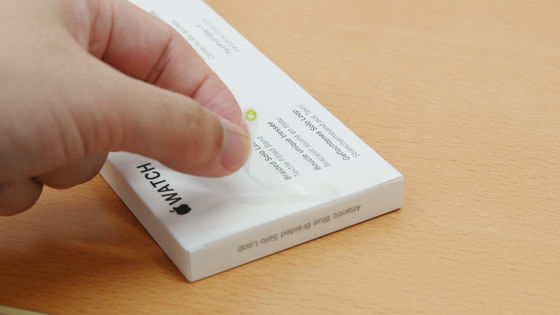 You can open it with a snap. 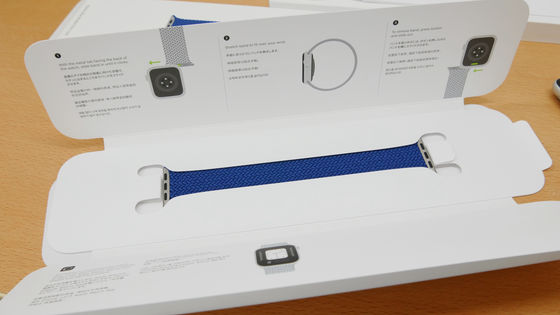 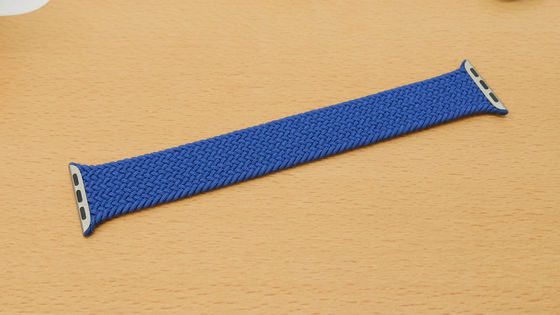 The size of the band is clearly stated on the metal fittings as to how many mm the band is for the case. This time I bought size 9 for a 40mm case. There are 3 black rubbers on each metal fitting, but ... 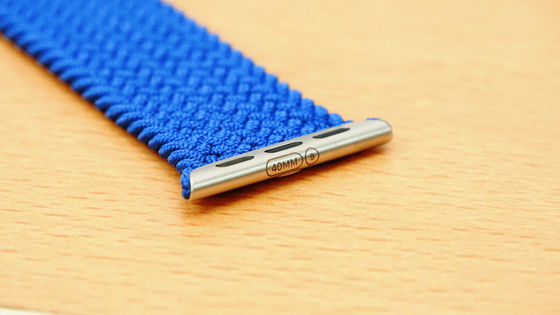 On the back side, the center is a metal part. 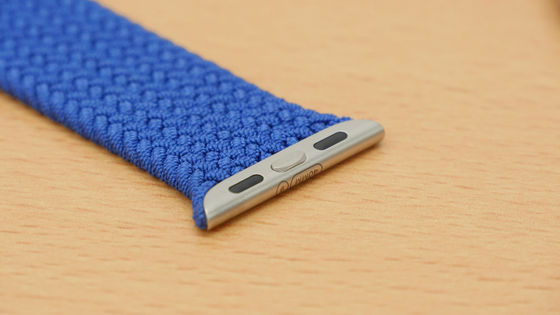 Attach the band so that the side with this metal part is on the back of the Apple Watch SE. 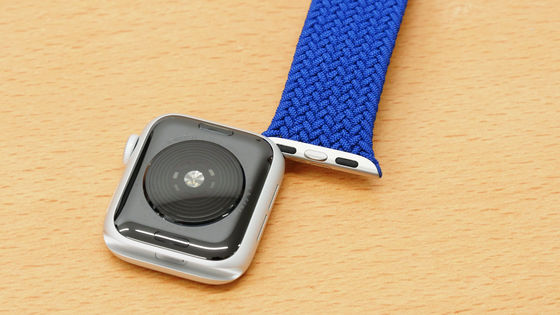 The new band Solo Loop is an integrated band with no metal fittings, so it looks simpler than ever. 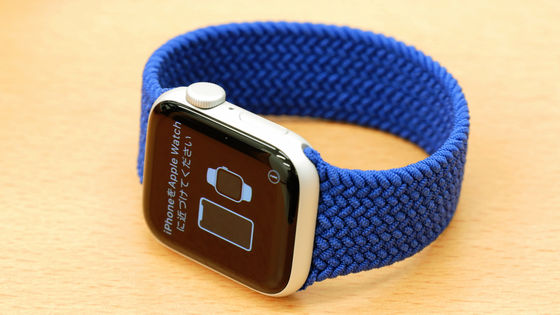 BRAIDED Solo Loop is a band that uses 16,000 polyester filament yarns made of 100% elastic recycled material, and it is said that it is a band that is resistant to sweat and water while having a soft texture. When I actually put it on, the Braided Solo Loop has a texture, so it feels rugged rather than rough to the touch. 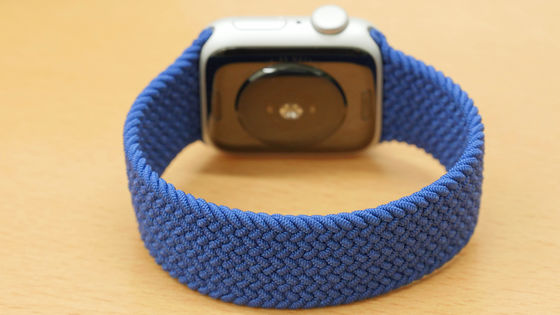 The solo loop stretches considerably, so you can easily roll it with a 500ml PET bottle. Also, the point is that there are no fasteners, so if you are wearing a conventional band and are really worried about the metal fittings and fasteners, you should try this solo loop. However, the solo loop is available in 9 sizes, and you can't check the fit unless you wrap it around your arm, so it seems that you will have to try it on. 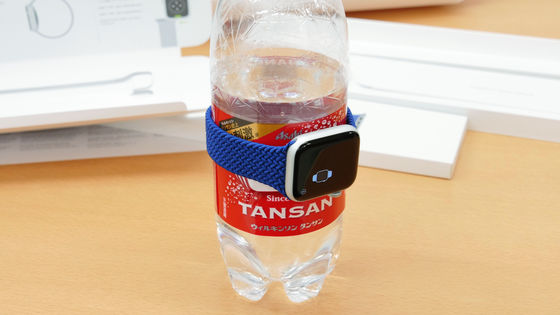