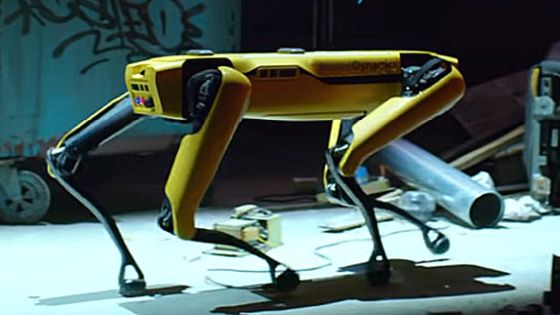 Robert Plater, CEO of Boston Dynamics , a robot development company under Softbank known for the remote-controlled robot 'Spot' that moves on four legs, told the company's profitability in an interview He talks about the outlook for future robot development.

Boston Dynamics Spot will be available for purchase in the United States from June 2020 for $ 74,500 (about 8 million yen), and in September 2020, sales channels will be expanded to Canada and Europe at the same price. I am. You can see what kind of robot Spot is by looking at the following article.

Commercial sales of the popular quadruped walking robot 'Spot' have finally started, and an eerie promotion movie is also on sale --GIGAZINE In addition, the usage of Spot has spread to various fields, and the police have conducted a trial operation as a robot for bomb disposal, and it is also used as a remote triage for people infected with the new coronavirus. According to Prater, Boston Dynamics has developed and sold about 250 robots by 2020, 'business is accelerating,' Prater said. Compared to major robot companies, including industrial robots, the number of 250 is by no means large, but Mr. Plater claims that 'it is a big achievement for an unprecedented robot like Spot.' 'Our robots are pervading the world, establishing markets, beginning to be valued by people, and adapting to multiple industries we are targeting,' he said.

In addition to Spot, Boston Dynamics is developing robots such as Handle and Atlas. According to Mr. Prater, Spot has the largest number of development teams, and about 100 employees belong to it. It seems that the development team is composed of about 70 members for Handle and about 20 members for Atras. Boston Dynamics devotes about 20 to 30 people to prototype robots, and the Handle development team says, 'We are building a version of Handle to be released in 2022. The next two years. In the meantime, it will grow to about the same size as the Spot development team, 'Prater said. You can see what kind of robot Handle is by looking at the following article. 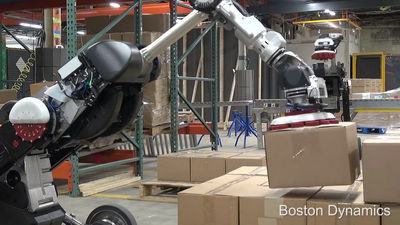 On the other hand, regarding Atlas, 'Atlas is too expensive and complicated, and at least it is not yet intended for commercialization,' Prater commented. 'Atlas is an ambitious robot that is forced to advance cutting-edge technology in both software and hardware design, so we still have only a few Atlas manufactured and our team. We use Atlas to motivate our R & D. It's interesting because people are clearly looking at humanoids. Atlas is a complex robot, so it's not in traditional technology. We must develop technology that accommodates all degrees of freedom. '

In addition, Boston Dynamics is working on the development of robots for logistics such as production, packing, inventory management, and transportation in order to expand the market scale. 'To be profitable, we need to be more successful and grow the market. So far, it's better than planned and we expect it to be profitable between 2023 and 2024,' said Prater. Stated.

Regarding future prospects, Mr. Plater said, 'Our challenge is how to mass-produce lightweight and highly mobile robots. And we have been engaged in research and development for decades. Applying the lessons learned from experience to different industries. I plan to allocate part of Spot's development team to the development of the next product after Spot's success. However, there are many fields in which it is possible to make custom-made robots, so I would like to make various robots. '