What is the content of the 'FPGA' that can change the circuit structure adopted by Microsoft and Amazon? 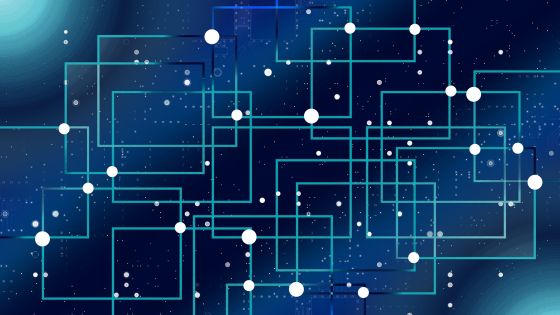 FPPA, ' which Microsoft and Amazon have adopted as the hardware that supports their services, is characterized by the fact that the purchaser can change the circuit configuration by himself. Engineer Ken Shirriff said, the first born of the FPGA 'XC2064' reverse engineering, describes the basic structure of the FPGA.

The first FPGA 'XC2064' developed by Xilinx in 1985 was said to have a much simpler structure than modern FPGAs. Nowadays , FPGAs can be programmed in standardized languages such as Verilog, but at that time Xilinx's 'XACT' required expensive software that cost as much as $ 12,000. 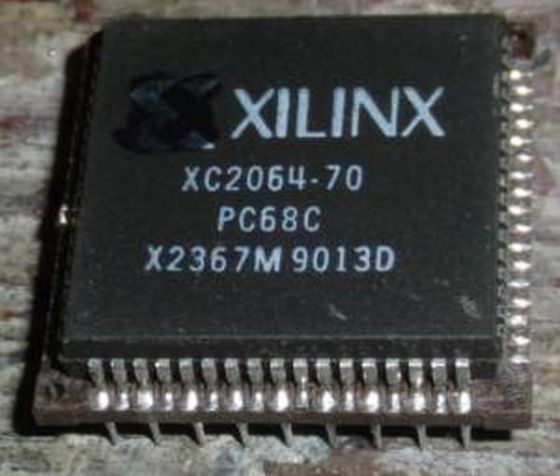 The basic structure of the FPGA is shown in the figure below. The blue logic block called ' CLB (Configurable Logic Block)' is interconnected with other CLBs and I / O that inputs and outputs signals. CLB is a circuit that outputs two outputs for four inputs, and is the part that makes it possible to change the circuit structure. It is equipped with a combinational circuit that can program an arbitrary circuit and a flip-flop circuit that can hold 1-bit information, and this structure is called a ' LUT (Lookup Table)'. 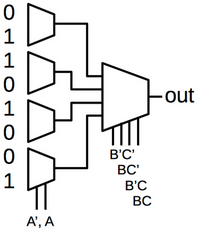 The above is the structure of FPGA, but the implementation by XC2064 is a little different. The XC2064 has 64 'tiles' that combine CLB and route control functions, and the tiles are connected to each other. Not all tiles are in close contact, with two 'buffers' for signal amplification, one in the horizontal and one in the vertical, represented by the green line in the image below. The orange line is the power, and the red 'Shift register' and the blue 'Column select' are important structures for the XC2064 to save programming settings. This is an enlarged image of the tile. The area surrounded by the green frame is the area for storing the programmed settings and occupies 40% of the entire tile. CLB parts such as flip-flop circuits and LUTs and route control parts such as switch matrices are mounted on other parts. 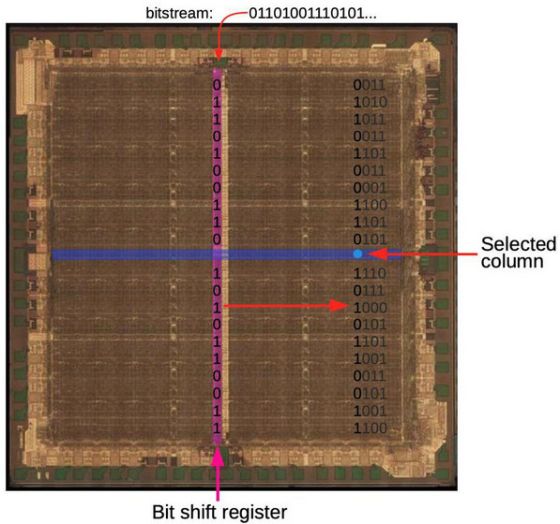 When you expand the memory circuit that saves 1-bit settings, it looks like this. The circuit diagram clearly shows the structure of reading data from the data line activated by column select.

The XC2064 uses a variety of highly optimized circuits, but initially it was difficult to manufacture and costly. Although the XC2064 sold less than modern FPGAs, it was the catalyst for a revolutionary new product, Shirriff said.