How to clear Super Mario Bros. 3 in just 3 minutes Real-time attack ( RTA ) is a competition in which you play on an actual game machine and game software and compete for the short real time from start to clear. According to Speedrun.com, a site that collects RTA records, the world's fastest clear of 'Super Mario Bros. 3 (Mario 3)' is based on the rule of 'Any%' with warp and bug techniques regardless of the stage clear rate. The record is 3: 2: 950 at the time of writing the article. The movie introduces the technique of how to clear Super Mario Bros. 3 in 3 minutes.


The route to clear Mario 3 in just 3 minutes is as shown in the image below, using warp to advance to World 7, forcibly skipping from 7-1 to the ending screen and worshiping the game clear screen. There are three important points to follow this route. 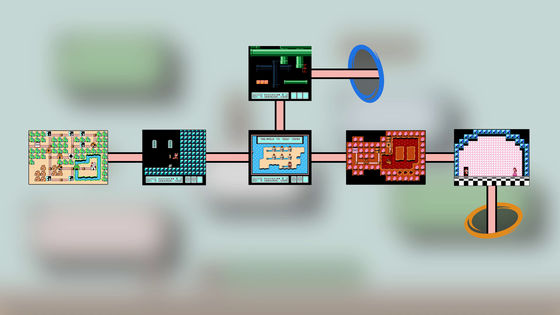 ◆ Acquisition of whistle
In Mario 3, you need an item called 'Whistle' to skip the stage and warp. In World 1 where you first adventure, you can get the whistle on the 1-3 and fort stages. For 1-3, you can get a whistle from the toad behind by stepping on the foothold in front of the goal. And the whistle is hidden at the end of the hidden door that can not be reached unless the fort flies in the state of tail Mario. If you use a whistle, you will be blown to 'Warp Island' where there is a clay pipe that can be warped in each world with the sound of a whistle. You can only warp to Worlds 2-4 when you blow the first whistle, but if you blow the second whistle while you are on Warp Island, you can suddenly fly to World 8 which is the final surface. 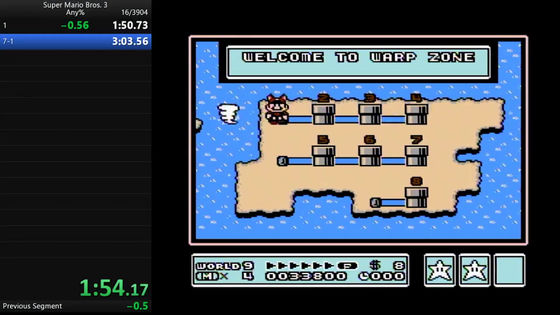 However, on this route, it is important to dare to warp to World 2 and then blow the second whistle. Then, you will be able to fly to Warp Island again and go to Worlds 5-7, so warp to World 7. The movement pattern of Hammer Bros is as follows. The probability of appearance of a pattern that does not cause any time loss is 3.0%. Actually, the pattern of this hammer broth is determined by random number generation performed for each frame during the game. In the case of Family Computer, random numbers are generated 60 times per second. 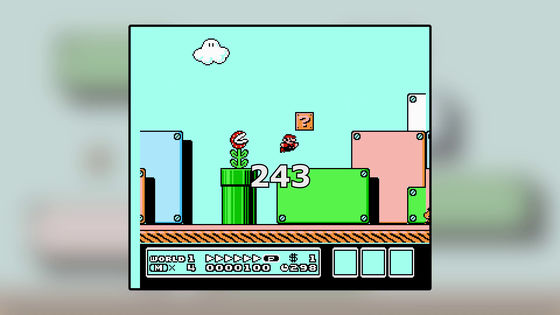 It is said that this random number can be adjusted to some extent. The movement of this hammer broth affects the slight time difference. 7-1 is a stage where you climb a complicated clay pipe. Jumping with a fluttering shell ... 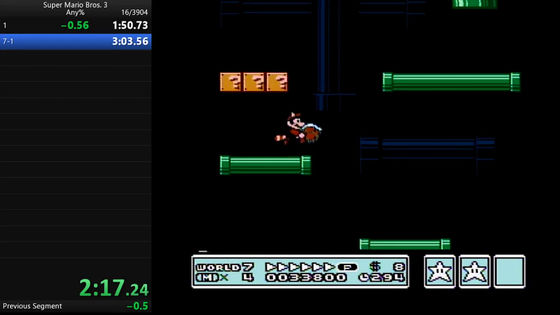 Repeatedly entering the clay pipe and wandering around. 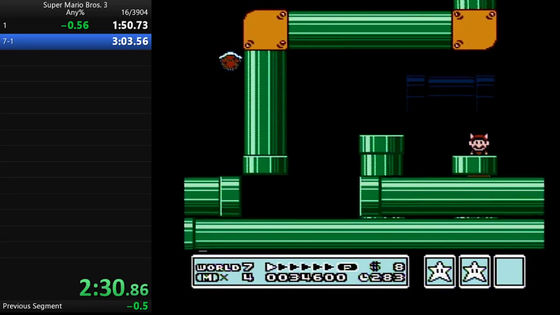 Then, when he took the shell and hit the clay pipe, Mario was sucked into the mysterious red block. 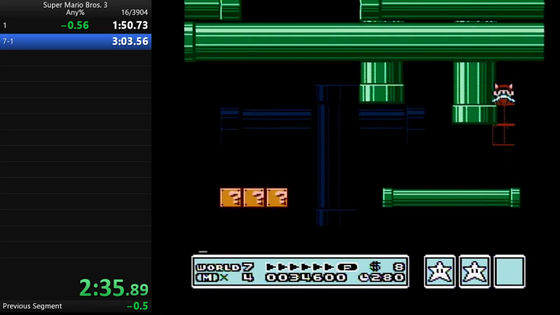 As it is, the animation that seems to go down the clay pipe continues, and it surely arrives at the screen that caused the bug. If you throw the shell and head to the right end while crouching ... 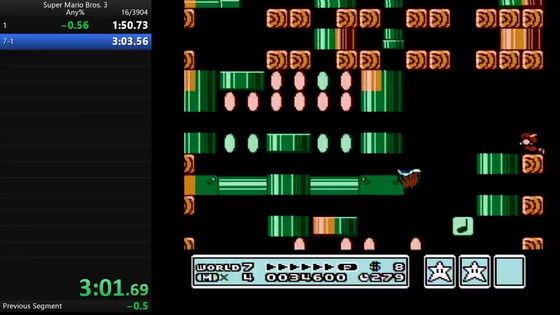 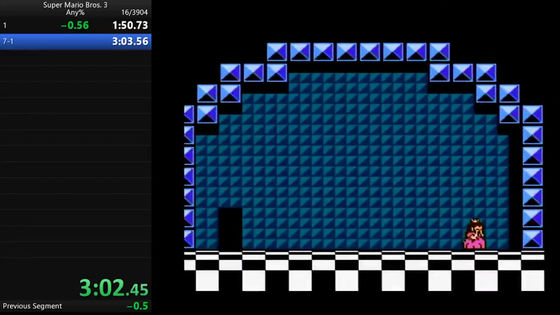 This trick is caused by a stack error due to drawing. For example, suppose you hit the Hatena block with Mario 3. Hatena blocks are usually displayed as a background panel, but ... 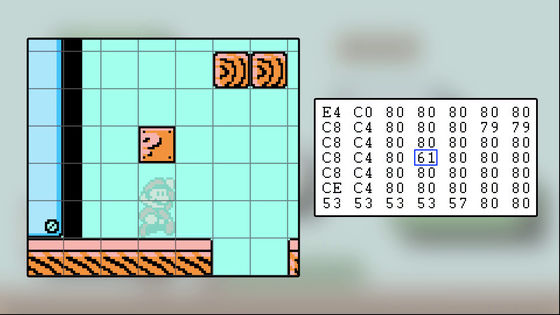 The background tile data is removed from memory to play the animation with the blocks floating slightly above. It is said that this removal causes a crash. 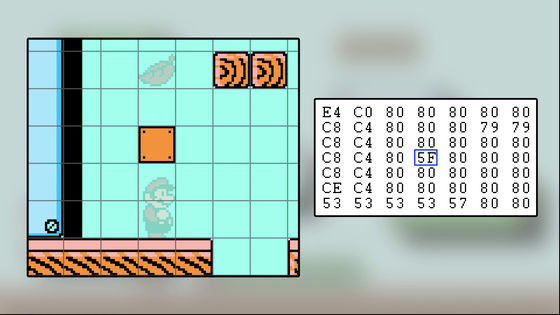 The memory value is adjusted with the enemy character and BGM that are always displayed in animation, and by causing a stack error, it is skipped to the ending screen. 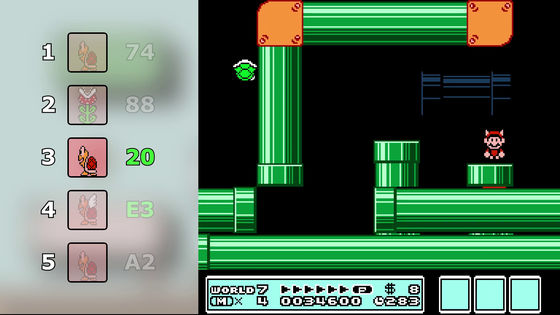 Of course, it is extremely difficult to reproduce this ending call bug. Even if I succeeded in fake clay pipe warp, I jumped to a buggy screen instead of the ending ... 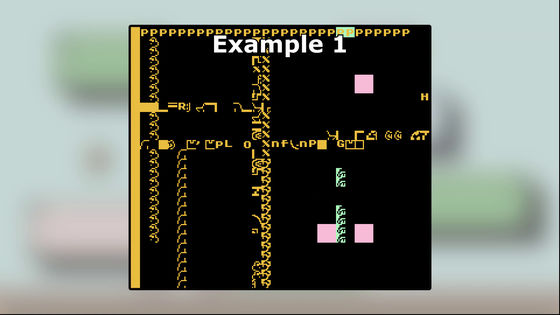 It seems that even if you arrive at Princess Peach's room, it may freeze. This ending call bug was originally developed in 2014 as a technique for

tool-assisted speedrun (TAS) using emulator functions and tools, so it requires considerable effort for humans to reproduce it on an actual machine. I will. 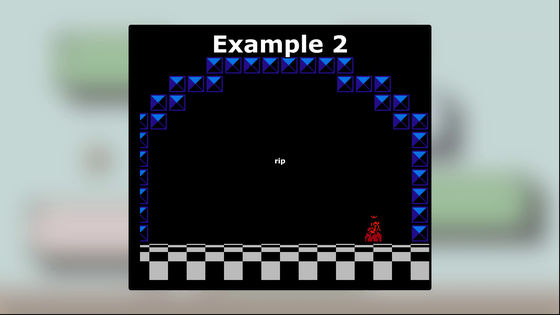 The details of the ending call bug are explained at the following site.

The fastest Mario 3 record by TAS is currently 2: 54.98. If you want to set a record that exceeds even a computer, please try it. 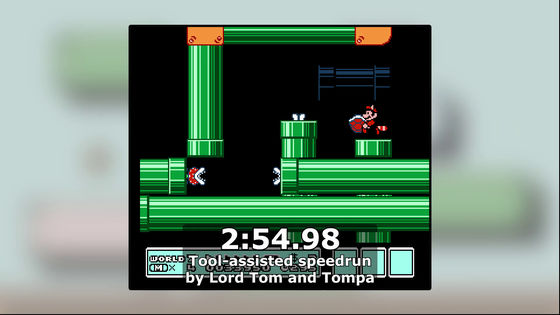