A random line is displayed on the screen of the iMac in 2020, the cause is AMD Radeon Pro 5700 XT GPU 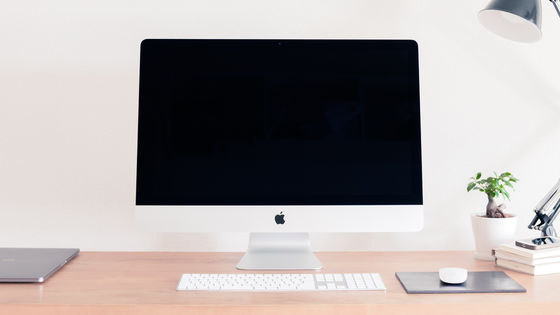 On Apple's official support forum, it has been reported that random lines are displayed on the screen of the iMac that appeared in 2020. It has been pointed out that the cause of this problem may be the 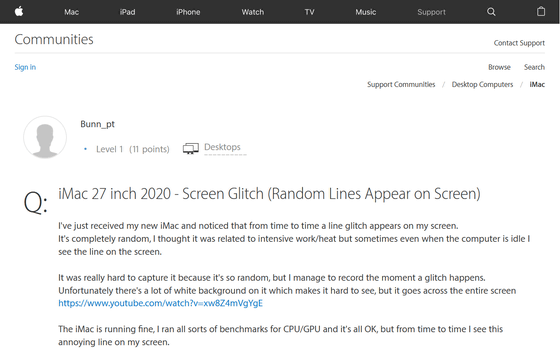 With the latest 27-inch iMac coming out in 2020, you can choose AMD Radeon RX 5700 XT with 16GB GDDR6 memory. This is the most high spec configuration provided by Apple, but users have reported problems.

According to the contents posted on the support forum, there is a problem that random lines are displayed on the display of the iMac with the corresponding configuration. The line shown in the red arrow below is the line that appears due to a problem. 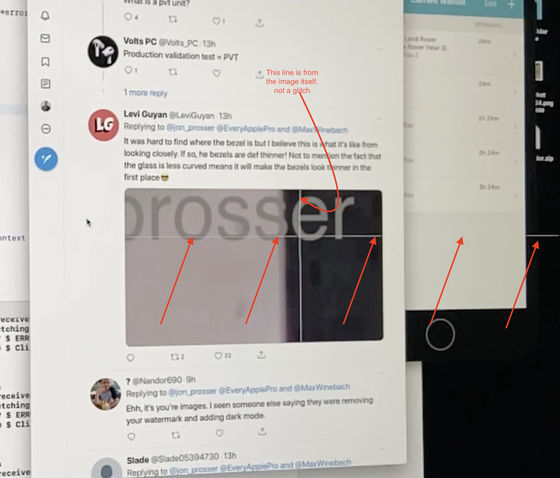 Below is a movie of the problem that lines appear on the screen of iMac.


The user who reported the problem initially thought that it was caused by the high heat caused by performing a high-load task, but after actually repeating the test, even when the iMac was idle, it appeared on the screen. It seems that he noticed that a line was displayed. Although I ran all the benchmarks of CPU and GPU, it seems that there are no problems, but it seems that a mysterious line occasionally appeared on the display.

According to another user's investigation, it seems that the lines that appear unnatural on the display may appear at the timing of the initial setup of the iMac, and not only that, but on all PCs equipped with AMD Radeon RX 5700 XT It is a reported bug.

Apple related media 9to5Mac said, 'This bug may be due to some software related to AMD Radeon RX 5700 XT drivers. Hopefully AMD and Apple will via affected users via software We'll be working quickly on a solution to provide the fix.'