A long-selling brand of cup yakisoba '

The package of 'Nissin Yakisoba UFO Daimori Soupless Pork Ramen Garlic Backfat Soy Sauce Egg Yolk Paste' is based on pink color, and the illustration of a pig dressed in a punk rock style costume is drawn. 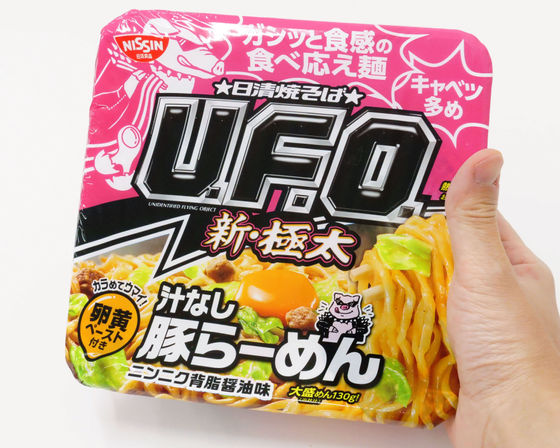 The raw materials are as follows, and the content is 172g (of which 130g of noodles). For the sauce, pork fat, soy sauce, pork extract, pork seasoning oil, etc.

Calories are 788 kcal per meal.

Since Nisshin Yakisoba UFO has 556 kcal per meal , it seems to be a cup high-calorie cup Yakisoba. When I opened the lid, it contained noodles as well as liquid sauce and egg yolk paste. First, pour hot water into the cup. The required amount of hot water is approximately 710 ml, and it is already in the cup. Nisshin Yakisoba UFO is the thickest noodle in history, and the waiting time is 5 minutes. 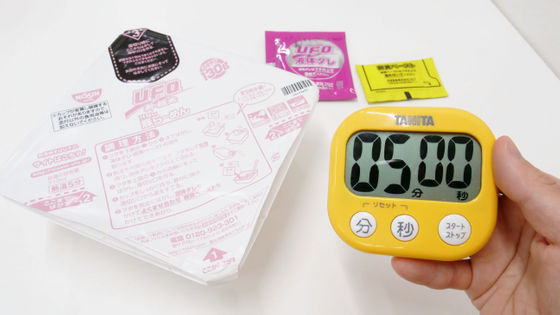 After 5 minutes, throw out the hot water... 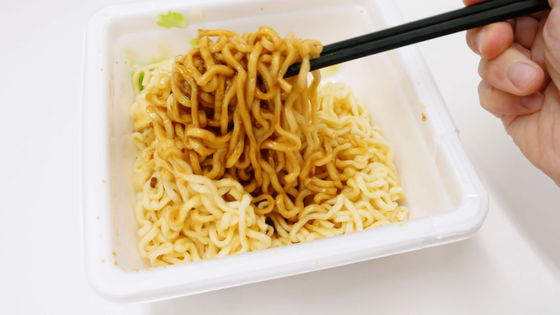 When I tried to eat it, the sauce with guttsu and soy sauce had a strong garlic flavor and the richness and flavor of the back fat, and it had a completely Jiro taste. Perhaps because of the egg yolk paste, the taste is milder and easier to eat than the Jiro series ramen you eat at the store. The new, extremely thick wave noodle called 'Nissin Yakisoba UFO's thickest in history' is chewy but moderately chewy, and has a good texture.

Officially , the word 'Jiro' is not used at all, and although the package does not look like that, it was a dish that only apparently reproduced the taste of Jiro. 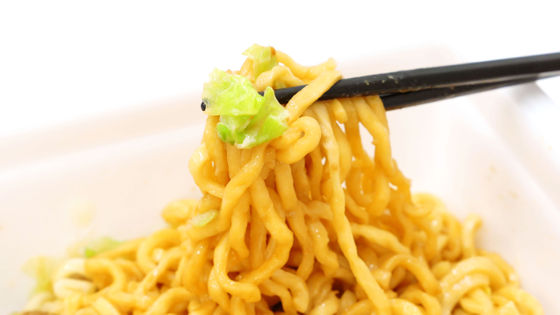