Overseas reviews of Google's latest smartphone ``Pixel 4a'' that can be purchased from the 40,000 yen range have appeared one after another, featuring excellent price and high quality camera 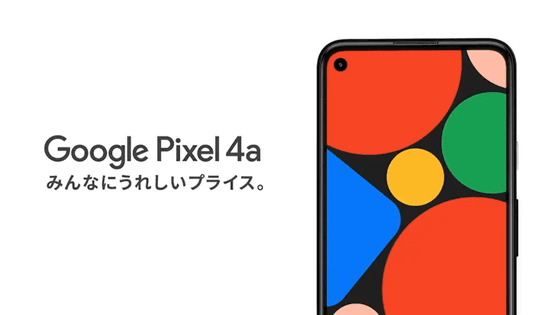 Pixel 4a ' which is the latest model of genuine Google smartphone that can be purchased from 42,900 yen was announced. Immediately overseas media and YouTuber have released review articles and videos of Pixel 4a, and although it is a fairly excellent finish as a low-priced version, it is clear that there are many points that do not reach the high-end model. I am.

Pixel 4A review: Google's smartphone camera for $349-The Verge
https://www.theverge.com/21351770/google-pixel-4a-review-camera-specs-price

Google Pixel 4A Review: At $350, a Win for Those on a Budget-The New York Times
https://www.nytimes.com/2020/08/03/technology/personaltech/google-pixel-4a-review.html

Overseas technology media, The Verge, described Pixel 4a as 'correct by removing only unnecessary things'. However, The Verge wants to add the phrase 'Pixel 4a is $ 349 (about 37,000 yen, 128 GB model in Japan is 42900 yen) in almost all sentences' Masu”. On the other hand, The New York Times wrote about Pixel 4a, ``We highly value Google, which is not free, but which provides useful technology to the public at a low price,'' Pixel 3a, a cheap model for 2019. Praised the success of further price reduction. The two-tone design has been changed to a black design, but only the power button on the side is turquoise blue. 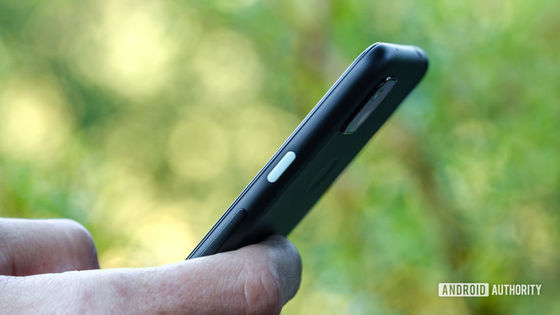 punch hole type display is adopted for the Pixel series. In addition, it is also noted that the bezel is quite narrow for smartphones in this price range. The high quality of the photos taken with the main camera is mentioned as “the best point of Pixel 4a” in common by multiple media. The main camera of Pixel 4a is a single camera that uses a 12.2 megapixel sensor. The sensor used is the same Sony IMX363 sensor as the Pixel 3a and Pixel 4. 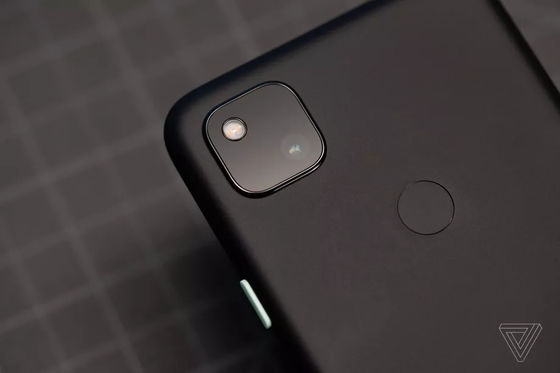 The following is a comparison of the pictures actually taken with Pixel 4 (left) and Pixel 4a (right). Even if you compare the photos, it is almost difficult to find the difference, and the high contrast, sharp details, and vivid tones are the same as the Pixel 4 from the selling price of 89,980 yen. The Android specialty media Android Authority said, 'Pixel 4a's camera maintains a higher contrast than other smartphones currently on the market. It tends to be a flat image without outlines, but the Pixel 4a is a very pleasing image with shadow and highlight detail preserved.'

The Pixel 4a is also great for night photography. The following is a comparison between Apple's iPhone SE, which is likely to be a rival as the same low-priced version, and photos taken at night. Comparing photos taken with the iPhone SE (left) and Pixel 4a (right), the Pixel 4a's photos clearly show bright details. The Verge notes that the nighttime shooting mode of the Pixel 4a was so powerful that it succeeded in shooting Comet NEOWISE .

However, since there is no image processor installed in Pixel 4 in Pixel 4a, there are cases where the processing before displaying an image 'remarkably takes time'. In addition, because it is a single camera, there are neither wide-angle lenses nor telephoto lenses, which the Verge wrote as 'problematic.' Furthermore, if you shoot a movie, ``Pixel series smartphones have a common technical drawback that movie shooting is not great, and you can not even shoot movies at the same frame rate as other general smartphones'' The Verge points out that the average iPhone SE and Samsung smartphones are better, for example.

The following is a 4K 30 fps movie shot with Pixel 4a. The Android Authority notes that '4K movies also look good and stable, but when shooting outdoors on a very bright day, there was a slight tendency for overexposure.'


In addition, The Verge said, ``There is one reason to purchase a Pixel series smartphone instead of another Android terminal, because it is a genuine Google model, the software is cleaner than other Android terminals issued by other manufacturers. And the fastest software updates are guaranteed for at least three years.' 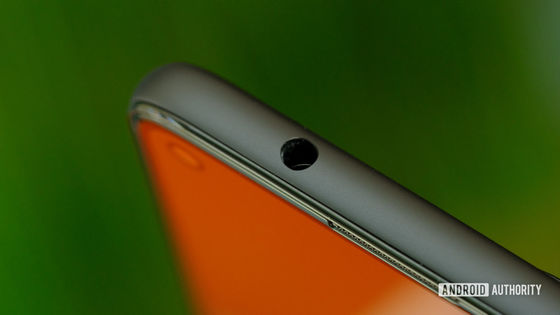 On the other hand, The Verge points out three bad points of Pixel 4a: 'fluttering performance', 'mediocre camera for movies', 'not compatible with wireless charging'. The processor Snapdragon 730G is cited as one of the biggest 'compromise points', and the iPhone SE, which may be said to be a rival, has the latest A13 Bionic chip, while the Pixel 4a has a middle range Snapdragon 730G. Since it is equipped with, it has sufficient performance for daily use, but it takes time to start when opening some applications etc., and scrolling becomes unstable in applications such as Chrome and Twitter There is. However, The Verge also notes that the Pixel 4a has become a much more powerful smartphone than most Pixel devices, and the Android Authority also says Pixel 4a ``is better than almost all flagship smartphones that appeared in 2020. '. In addition, the Android Authority points out that the reason why the performance of Pixel 4a is relatively stable is '6 GB of memory (RAM)', and the amount of RAM that was 4 GB in Pixel 3a has been increased to 6 GB.

In addition, The Verge, unlike the iPhone, which has a long life as a terminal, although Pixel 4a is supported by long-term software updates, Pixel has a short terminal life and the processor has already adopted a model that is out of date. Pointed out that there is a problem. And, 'If you need a smartphone that can be used for more than 4 years, please check other'.

In addition, YouTuber Marques Brownlee, who has published many technology review movies, has also released a Pixel 4a movie.