I tried two kinds of peach &amp; custard sweets such as Lawson'Kusta domo roll' with a fresh scent of fresh peach sauce 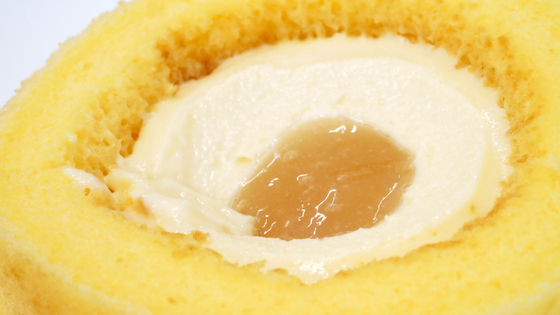 Uchi Cafe in', filled with custard cream made with fresh cream ' cream bread , known for' eight Blood Brothers also be collaboration Suites 'custard of the roll ' Castards Daifuku ' has appeared. I actually ate what custard, which can be said to be a sign of Hattendo, and sweets with the theme of the fruit 'peach' in early summer. 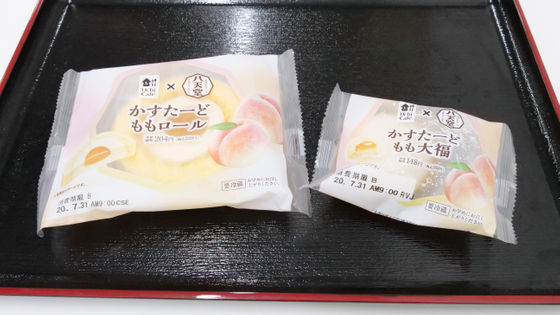 First of all, let's eat from 'Kusutamodomo Roll' (220 yen including tax). 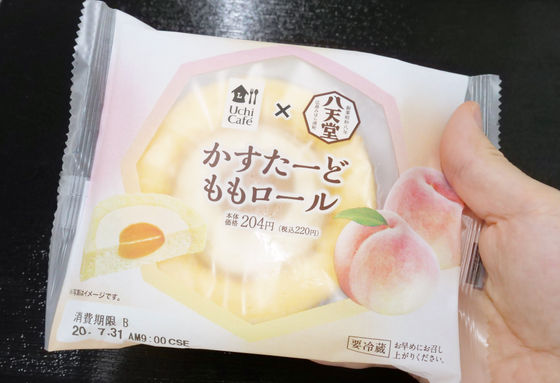 'Kusutadomomo Roll' is a sweet that was jointly developed by Lawson and the sweets bread specialty store 'Hatendo' based in Mihara City, Hiroshima Prefecture. Hattendo is a brand known for 'cream bread,' which is a combination of simple custard cream and pure cream. 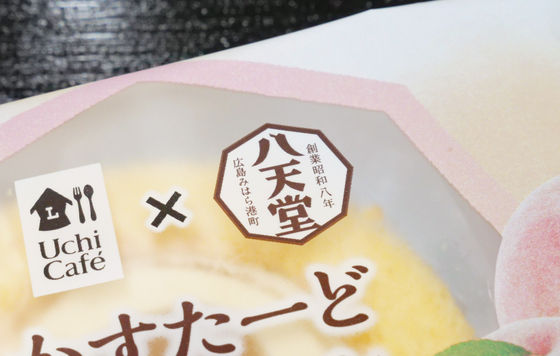 These two products are a combination of such a custard cream unique to Hattendo collaboration and 'peach'. Calories are 242kcal per package. 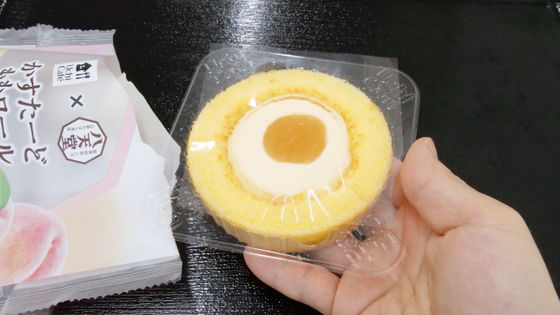 Since it is not bland as it is, I put it on a plate. 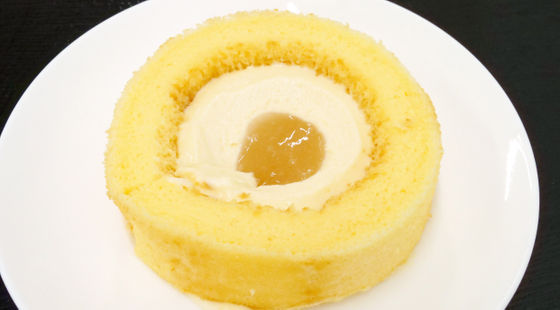 In the center of the 'Kusta domo roll', fresh white peach sauce was packed. 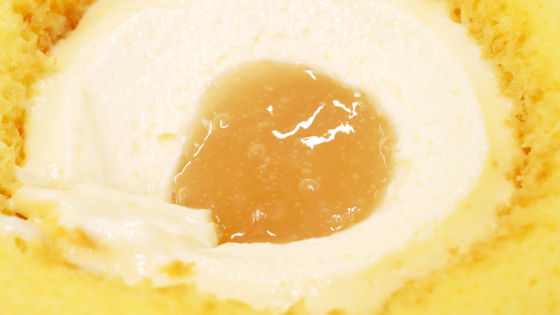 Custard cream is tight around the white peach sauce. The scent is so sweet that a strange editor next to me asks, 'Is it custard cream?' 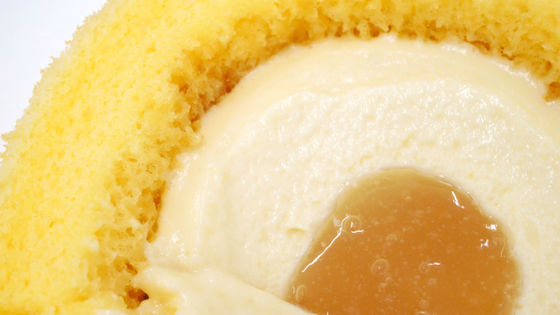 When you eat it, you can feel the gorgeous scent of peach coming from your mouth to your nose. The custard cream has less milk flavor and sweetness than the usual premium rolls, and the yolk flavor is more intense. In addition, you can feel the peach flavor from the custard itself. It was the impression that such custard cream was in harmony with the elegant sweetness of the white peach sauce, and emphasized the refreshing taste of the peach. 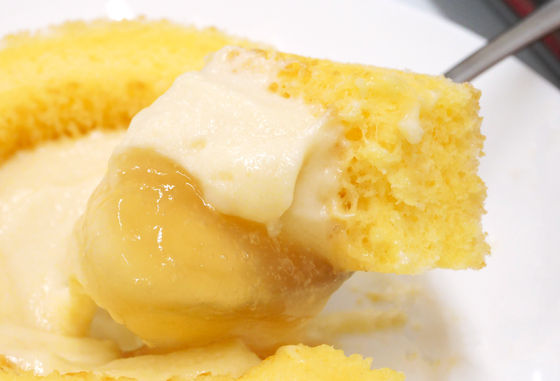 Next, let's eat 'Kustamodomo Daifuku' (160 yen including tax). This is also sweets co-developed by Lawson and Hattendo. Looking at the ingredients, not only cream and peach concentrated fruit juice and white peach paste, but also white chocolate and milk are used.

Calories are 159 kcal per package. 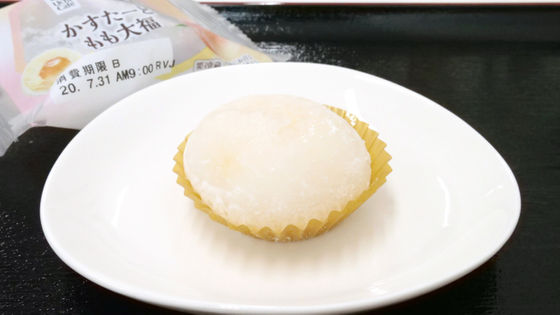 The appearance is 'transparent Daifuku', and it is characterized by a tactile feel rather than a mochi. 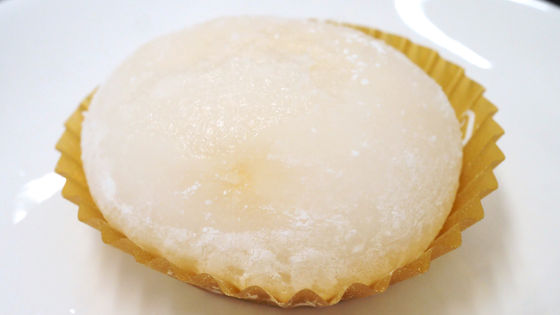 Below is a cross section cut in half with a kitchen knife. You can see the thick white peach sauce inside the yellow thigh custard. 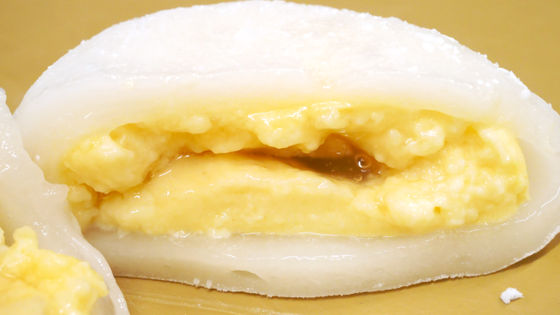 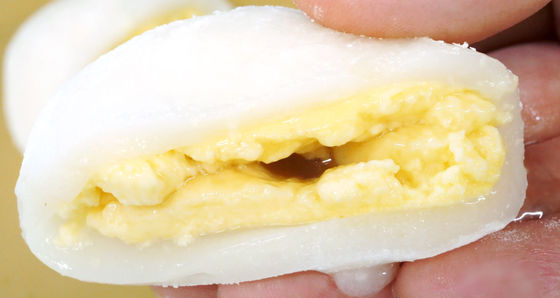