In order to prevent global warming, it is important not to emit carbon dioxide, and countries and companies are reducing the burning of fossil fuels. This method alone is not sufficient to achieve the goal of the

Paris Agreement of 'holding down.' Therefore, a simple, low-cost and realistic approach has been proposed, which is to remove carbon dioxide in the atmosphere by sprinkling rocks with powder.

The method called Enhanced Rock Weathering (ERW) proposed by a research team such as Professor David Bearing, who belongs to the University of Sheffield in the United Kingdom, is to dust crushed rock such as basalt on farmland, and calcium and magnesium contained in basalt. As carbon dioxide chemically reacts with carbon dioxide in the air, carbon dioxide is trapped in carbonates within a few months. The advantage of this method is that many farmers already use the method of “mixing limestone with soil” to make the land fertile, and it is also useful from the viewpoint of harvesting crops. about it.

According to a paper published by Professor Bering et al. in Nature, carrying out ERW on half of the existing farmland can remove 2 billion tons of carbon dioxide, which is equivalent to the total annual carbon dioxide emissions in Germany and Japan. Since the cost depends on the labor cost of the land to be implemented, it is estimated that it costs $80 (about 8600 yen) for every 1 ton deleted in India and 160 dollars (about 17,000 yen) in the United States. “To address climate change, we need a carbon dioxide reduction strategy that is both scalable, scaleable and compatible with existing land use. ERW is an easy and practical approach. ”Says Bearing.

``Most of the carbonates created by this method eventually end up in the ocean and turn into limestone on the ocean floor,'' says Jim Hansen, a professor at Columbia University who participated in the study. It will be.'

The research team says that basalt is best suited for ERW, which contains the calcium and magnesium that basalt needs to capture carbon dioxide, which tends to be scarce on farmland. Because it contains. Rice farmers in Southeast Asia have already mixed basalt in rice fields to eliminate the silica deficiency, and the same method is being used in plantation experiments in the Netherlands. 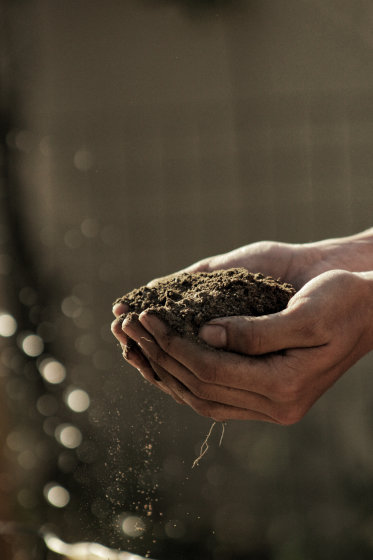 Basalts are abundant on the earth and are also produced as waste in the manufacture of cement and steel. Since these manufacturing processes break the basalt into a crushed state, there is no need to crush the basalt to save energy, but it is unknown how much waste basalt is stored at manufacturing sites around the world. That.

ERW is a realistic approach because it requires no new technology. 'If there is a way for farmers in China and India to increase the yield of crops and get $100 for every ton of carbon dioxide removed,' said Bearing, It will be very attractive.'