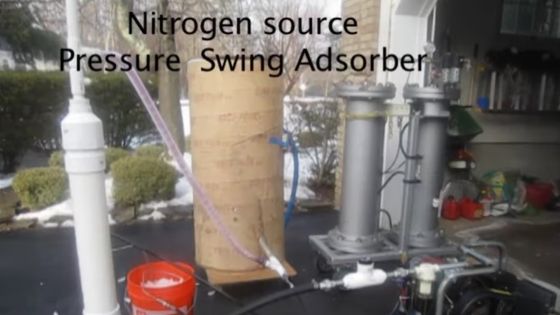 It is unlikely that ordinary people will use 'liquid nitrogen,' which is liquefied by cooling nitrogen at an extremely low temperature, but there should be some people who have seen it in skin medical treatment.

Imsmoother, who assembled the device to generate such liquid nitrogen by himself, is putting together the know-how learned from the structure and failure of the device. 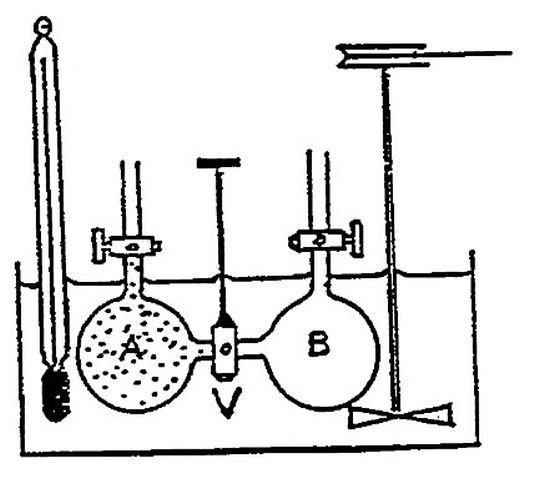 This is an overall view of the liquid nitrogen generator produced by imsmoother. First, the high-melting water and carbon dioxide contained in the gas injected in the “

scrubber ” are removed to avoid clogging the equipment. The gas is then compressed to 200 atm with a compressor and cooled with an ice bath . Imsmoother explains that the gas is cooled in advance in the Ice Bath part because the temperature of the gas does not fall sufficiently only by the Joule-Thomson effect. After that, the gas is cooled by the Joule-Thomson effect in the process described as “Cryogenic throttle (indicated as “Cyrogenic throttle” in the following figures)” and is cooled from the regenerative tubing to the beginning of the cooling process. Return to and move to the compressor again. The gas thus cooled many times becomes a liquid and accumulates in the device. molecular sieve is used to remove water and carbon dioxide. Molecular sieves are a type of desiccant and are very useful in cryogenic operations where water must be removed to avoid freezing. 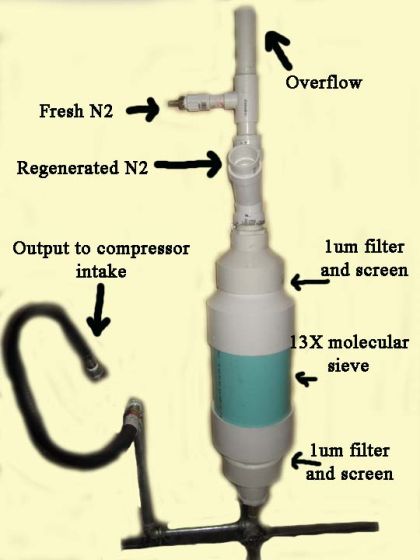 RIX 's oil-free compressor 'SE-3E' is used for the compressor that compresses gas. According to imsmoother, it was possible to purchase it for about 1,500 dollars (about 161,000 yen) second-hand. A cooler that cools gas in advance looks like this, and an aluminum plate is attached to a long tube to improve heat dissipation efficiency. It is possible to cool the cooler by submerging it in an ice bath or exposing it to below freezing. 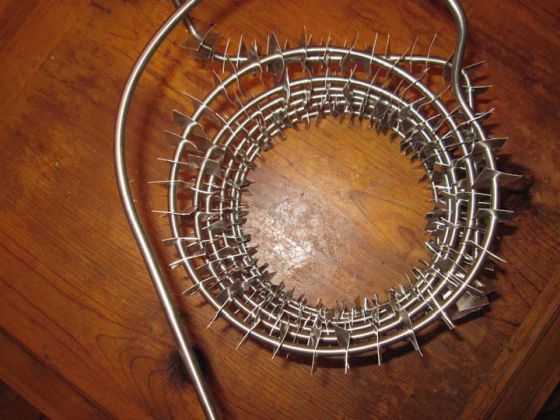 needle valve is used in the 'cryogenic throttle' part that causes the Joule-Thomson effect, and a mechanism that lowers the temperature by ejecting a gas under high pressure by a compressor from this valve and reducing the pressure at once. 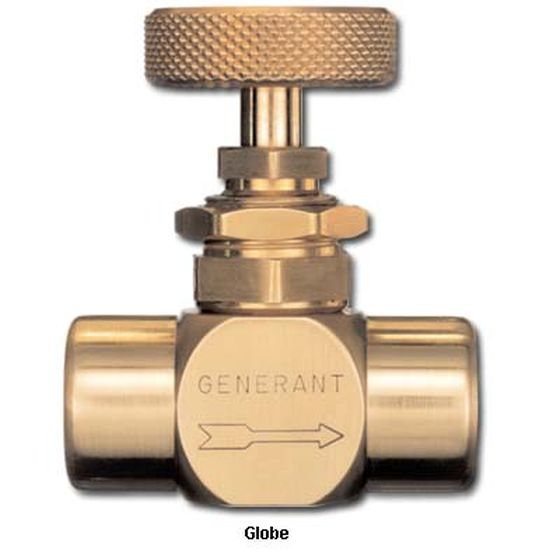 When the gas is cooled by the Joule-Thomson effect, the gas blows out from the cryogenic throttle part. Imsmoother explained that the 'baffle' is the part that slows down the ejection speed of this gas and does not disturb the liquid nitrogen that accumulates on the lower side. Commercially available copper sponge is used for the baffle.

What imsmoother said was the most troublesome of all parts was the 'container for liquefied gas'. The container should be made of a material with minimal heat dissipation and low

heat capacity . The method that imsmoother first devised was to attach a vinyl chloride connector to an inexpensive Dewar cooler purchased several years ago, but when I removed the container and liquefied gas from the device, the cooler and connector were It seems that it has frozen and ended in failure. 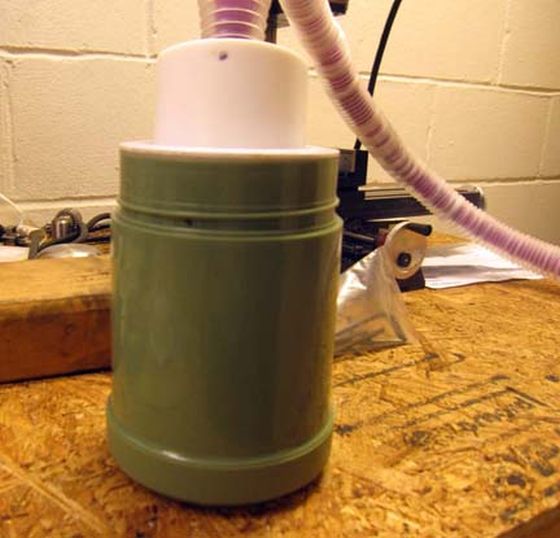 Imsmoother thought that it was necessary to make a container with copper, aluminum, and stainless steel in order to withstand a harsh temperature environment, but tried a container made of copper, but the size of the copper container is too large, and heat conduction It turned out that liquid nitrogen could not be kept for a long time because of the high rate.

Teflon self-made adapter is attached to the upper part so that liquid nitrogen can be taken out. Imsmoother said that the problem of how to prevent heat leakage from the tube was a problem in the regeneration process for carrying the gas that was not liquefied to the cooling process again. imsmoother seems to have prevented the heat leak by covering the tube with

ceramic fiber as shown in the image. 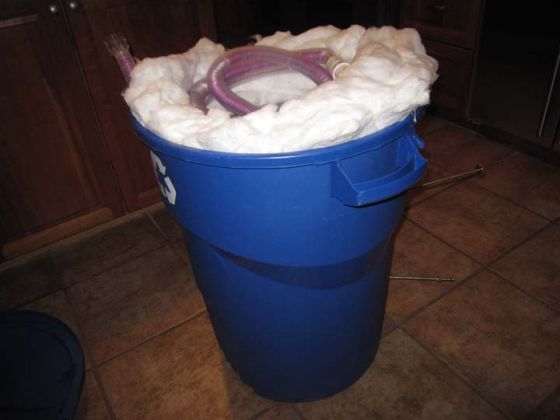 In this way, the cylindrical structure that covers the cryogenic throttle and the regeneration tube and forms the heart of the liquid nitrogen generator is completed. 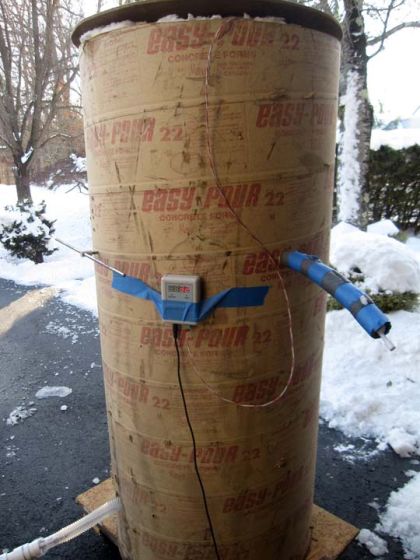 The nitrogen that is put into the liquid nitrogen generator is produced by a device that takes in air and produces nitrogen. 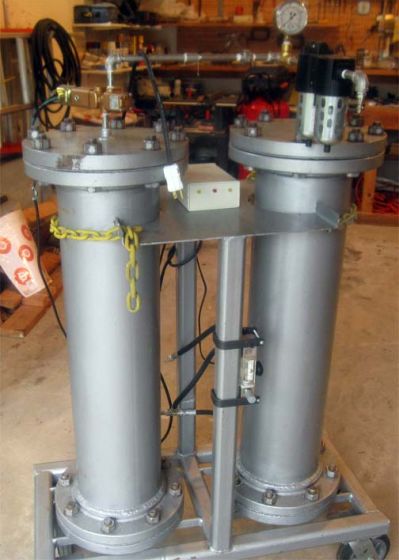 
First of all, nitrogen is injected into the device. The gas injected is 1.5% oxygen and 98.5% nitrogen, so it is composed mostly of nitrogen. 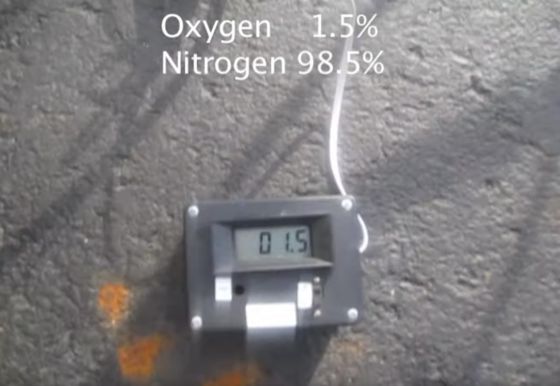 Applying pressure with a compressor... 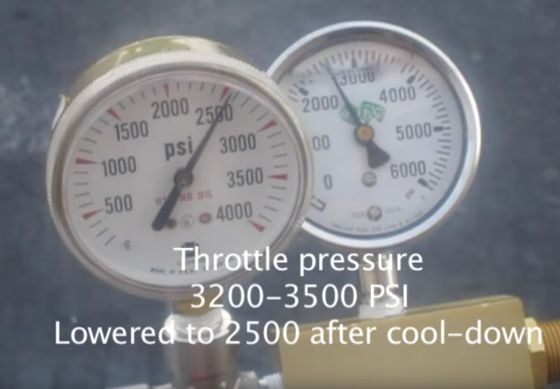 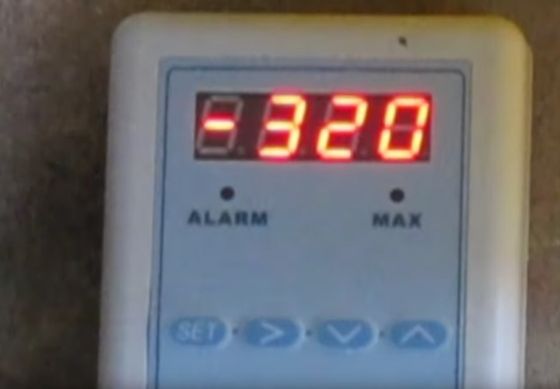 The equipment cooled the nitrogen, and liquid nitrogen came out. 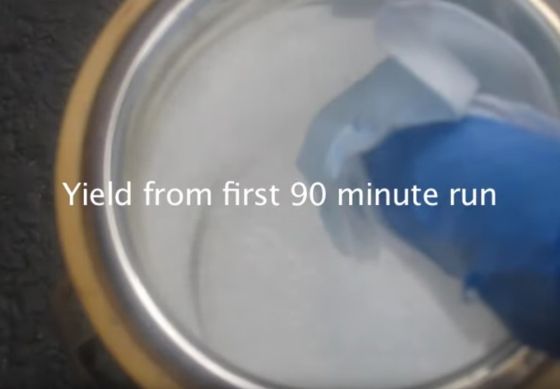 Finally, we have successfully obtained 800cc to 900cc of liquid nitrogen. 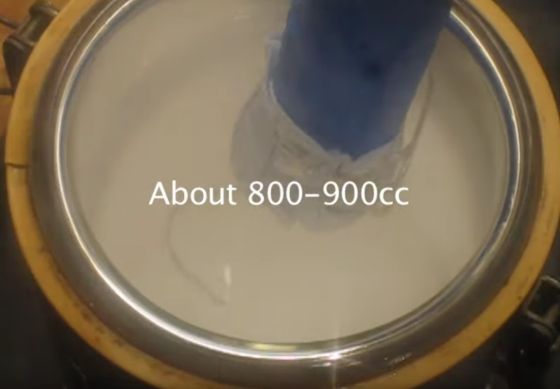