The United States officially announces 'withdrawal of WHO', but it is expected that the withdrawal procedure will take one year 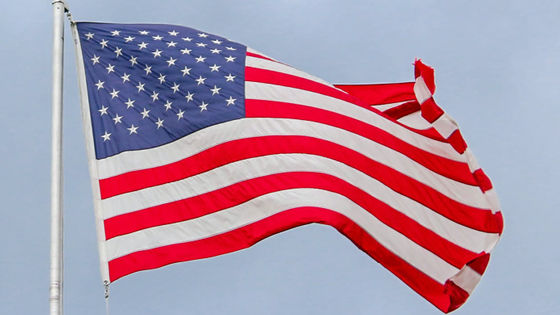 Trump administration moves to formally withdraw US from WHO | TheHill
https://thehill.com/homenews/administration/506214-trump-administration-formally-withdraws-us-from-WHO-

Trump “officially” takes US out of WHO, but withdrawal is a year-long process | Ars Technica
https://arstechnica.com/tech-policy/2020/07/trump-officially-takes-us-out-of-who-but-withdrawal-is-a-year-long-process/

'The White House has officially moved to leave the United States from WHO,' a senior Trump administration official confirmed on July 6. The WHO side also confirmed this move, and a WHO spokesperson said, 'We received a report that a notice was submitted to the United Nations Secretary-General that 'the United States will withdraw from WHO on July 6, 2021'. No further information is available at this stage.'

The Trump administration has been suggesting WHO leave for several months. The United States has paid about 450 million dollars (about 48 billion yen), which is equivalent to 15% of WHO's annual budget, but stopped contributing to WHO in April 2020. In May 2020, it announced that it would end its relationship with WHO.

President Trump explained that the cause of such behavior was WHO's attitude. In a press conference, President Trump said, 'While the United States pays more than 10 times as much as China, WHO is 'centered on China'' 'Prohibition of travel from China on January 31, 2020 WHO has expressed opposition, even though the measures have saved the lives of thousands of Americans, based on false information from China: 'The new coronavirus is not contagious, There is no need for a travel ban,” he said.

When reading the following article on February 4, 2020, WHO's Executive Secretary Tedros Adanom declared that ``no travel ban is necessary'' while experts in each country report concerns about the damage situation of the new coronavirus , You can see that he was speaking in tune with China.

The number of people infected with the new coronavirus more than 6 times in one week, experts in each country announce that the damage will spread, but China replied that ``America has spread panic''-GIGAZINE As mentioned above, the Trump administration is officially moving toward leaving WHO. However, because the United States presidential election, which requires Trump's re- election , will be held in November 2020 before the WHO withdrawal, if the Democratic presidential candidate who will be the opponent of Trump wins, it is inevitable to withdraw. Is believed to be.

In fact, Democratic senator Bob Menendez accused Twitter of 'exiting WHO does not protect the lives and interests of Americans, but leaves them sick and isolated.'

Congress received notification that POTUS officially withdrew the US from the @WHO in the midst of a pandemic.