The number of people infected with the new coronavirus continues to increase, but it turns out that 40% of Americans think that the 'peak has passed' 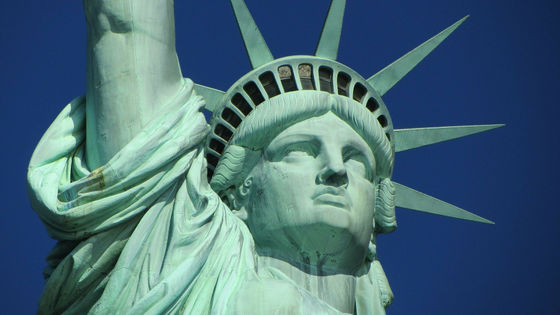 The global epidemic of the novel coronavirus infection (COVID-19) continues

, with more than 10 million infected and more than 500,000 dead as of June 30, 2020. However, in the US, where the number of infected and dead people is at the top, the view that the epidemic has passed is widespread.

40% of Americans Believe The Worst of The Pandemic Is Over, as Cases Accelerate
https://www.sciencealert.com/forty-percent-of-americans-believe-the-worst-of-the-pandemic-is-over-new-poll-shows

The number of people infected with COVID-19 worldwide continues to grow, and the epidemic is accelerating, rather than subdued. Especially in the United States, the number of infected people per day has reached a record high of 40,000, and cluster infections are frequent in Arizona, Texas, and Florida.

[Explanation] New coronavirus, where the number of infected people is increasing and where it is decreasing-BBC News
https://www.bbc.com/japanese/features-and-analysis-53222283

Contrary to these circumstances, however, research has revealed that Americans believe that the peak of the COVID-19 epidemic is gone. According to a survey on the outbreak of the new coronavirus conducted in the middle of June 2020 by the Pew Institute, which is a think tank regarding the awareness of people's problems in the United States and the world, about 40% of the 4708 subjects 'behind us (peak 59% said, 'Still to come.' When a similar survey was conducted in early April 2020, 26% of the respondents said that the 'peak has passed' and 73% said that 'the peak is about to come.' Despite the ever-increasing number, more and more people in the US think that the 'peak has passed'. This view is particularly strong in REP/LEAN REP (Republican supporters), with 42% of Republican supporters in the early April survey and 61% in the mid-June survey saying 'the peaks have passed.' I'm answering. On the other hand, 'DEM/LEAN DEM (Democratic Party Supporters)' who made similar responses only had 13% in the survey in early April and 23% in the survey in mid-June.

The tendency for Republicans to be optimistic and Democrats to be cautious is consistent with other questions. In June, 65% of Republicans said 'Eating out in a restaurant,' while 28% of Democrats said. 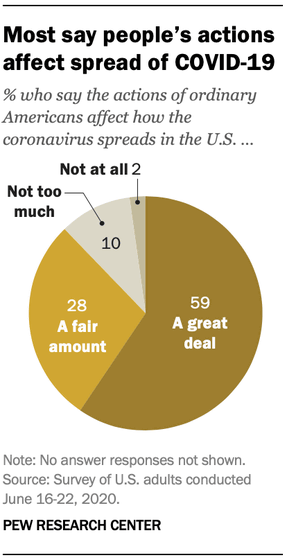 Furthermore, the number of people who are worried that they may unknowingly pass COVID-19 to other people was about 60% in both the April and June surveys. People who say that they may have to be hospitalized,” said about 50% in both surveys, indicating that Americans are not wary of COVID-19.

The number of infected people in the US tended to be flat in April and May 2020, but it increased sharply in June. The cause is believed to be due to economic pressure to restart and early relaxation of restrictions.

World Health Organization Secretary-General Tedros Adanom warned on June 30, 2020, about the epidemic of the new coronavirus, 'the worst is yet to come' and called on governments to take appropriate measures. I am.