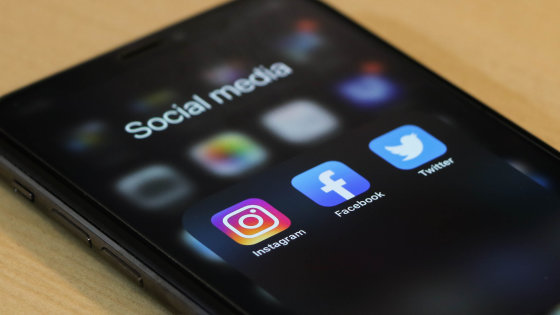 A new survey found that three-quarters of American adults think 'social media is censoring whether information is 'unpleasant' from a political perspective.' President Trump and Republican militants

have repeatedly made groundless assertions such as 'Google manipulates information' , and the survey results seem to be the result of such ideas spreading among the people. It is being done.

According to a survey conducted by Pew Institute on 4708 people in June 2020, three-quarters of adults living in the United States said, ``Social media censors whether posts are'unpleasant' from a political perspective. It turned out that I was thinking. In more detail, 37% of the respondents answered 'very', 36% answered 'somewhat', and about 73% responded to social media. I thought there was political censorship.

The following are the people who answered the questions as 'very', 'somewhat', 'not very', 'not at all' A graph showing the ratio of. The graph is roughly divided into three parts: 'American adults', 'Republican supporters', 'Democrat supporters', and each response also shows how it changed in 2018 and 2020. 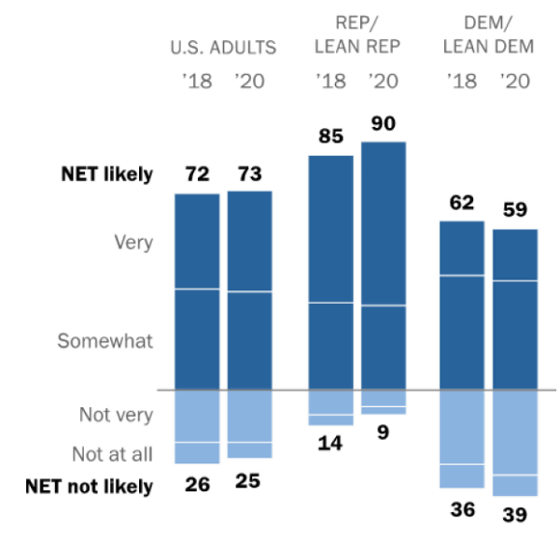 The survey also found that some of the 'American adults,' 'Republicans,' and 'Democrats' allegedly had some political censorship. In particular, the number of Republican supporters who think “yes” increases from 2018 to 2020.

The issue of censorship on social media received more attention as Twitter labeled President Trump's post in May 2020, but even before that, President Trump said: remarks such as 'is displayed

and repeatedly , in the Republican and Republican proponents technology - companies idea that by manipulating the information was spread.

President Trump's remarks are completely unfounded, but it is believed that the militants' remarks have spread the view of censorship throughout the nation. ``Most Americans get a sense of what Facebook and Google are doing from the totally unsubstantiated claims that Facebook and Google are doing,'' said Shiva Weidyanassan, a media scholar at the University of Virginia. I am doing it.'

On the other hand, regarding the question of 'should social media be labeled as inappropriate or false information,' different opinions came from different parties. The graph below shows the answers from the whole American adult from the top, the Republican supporter in the middle, and the Democratic supporter at the bottom, from the left 'I do not think at all' 'I do not think so much' 'It is necessary to some extent' 'It is quite necessary It has become. 50% of Republicans said they disliked it at all, compared to 11% of Democrats in this answer.

And it turned out that many people say they don't trust the social media companies to label incorrect posts. This is also different depending on the faction, and more Republican supporters answered that they did not “trust” it than Democratic supporters, but 67% of the respondents “do not trust at all”. The answer is 'I don't trust much.' 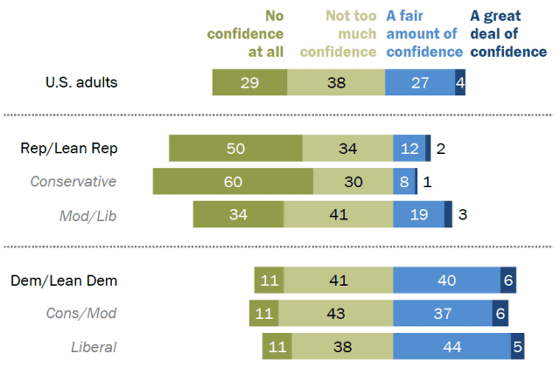 One of the reasons why this view has spread is that Google and Facebook are controlled by algorithms, and people cannot understand what they are doing. In order to solve this problem, it is mentioned that tech companies will be more transparent about 'what kind of news they are displaying.'