What are the characteristics of conspiracy theory created on the Internet? 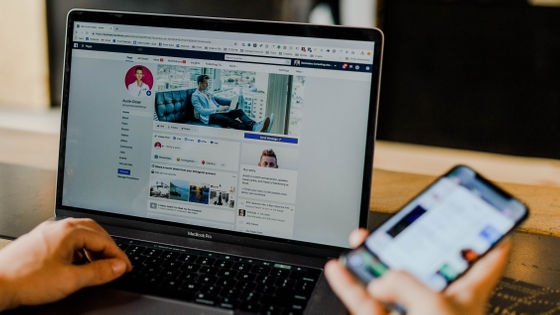 5G technology' became popular on the Internet, and the arson incident to the 5G radio tower actually occurred in the world. It has increased rapidly . A research team at the University of California, Los Angeles (UCLA) is trying to unravel the question of how an unfounded conspiracy theory can be created that would cause so much damage to the real world.

An automated pipeline for the discovery of conspiracy and conspiracy theory narrative frameworks: Bridgegate, Pizzagate and storytelling on the web
https://journals.plos.org/plosone/article?id=10.1371/journal.pone.0233879

How conspiracy theories emerge – and how their storylines fall apart | UCLA
https://newsroom.ucla.edu/releases/how-conspiracy-theories-emerge-and-fall-apart

The UCLA team conducted a study to analyze 'how conspiracy theory spread online' through machine learning. The research team blocked the lane partly and caused a heavy traffic jam intentionally, indirectly killing patients who were carried in an ambulance, and the `` bridge gate case '', and the first presidential candidate for major political party in American history Machine learning of two rooted conspiracy theories, `` Pizza Gate Case '', in which a member of Senator Hillary Clinton , a shining woman, is involved in human trafficking and child sexual abuse analysis. We investigated how these two stories spread.

In recent years, due to the progress of machine learning, it is possible for AI to perform analysis such as 'reading a story' by learning by identifying patterns, identities, and interactions included in words and phrases. .. Using this advanced machine learning technology, the research team has built a framework that connects characters, place names, and other proper nouns of conspiracy theory to each other. We have created a chart that shows the relationships visually. 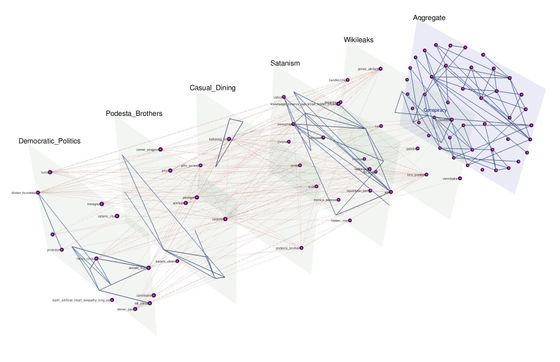 The chart reveals that one of the differences between conspiracy theory and truth-telling news is 'whether removing one of the elements will break the whole picture.' Conspiracy theory born from a lie makes it impossible to form a consistent story if some elements are removed, but it seems that a story born from facts often maintains a consistent story even if some elements are removed is. As an example, the research team pointed out the Pizzagate case, which proved to be a conspiracy theory, and pointed out that removing the element

Wikileaks would break the rest of the connection.