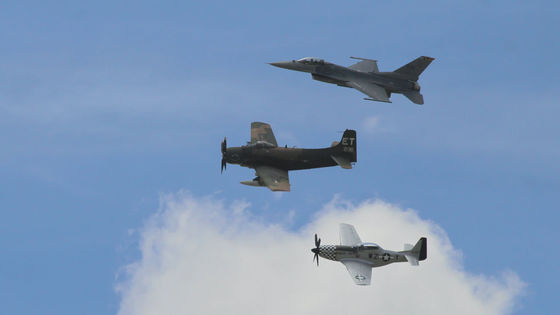 This story was told at an event at The Mitchell Institute by Lieutenant General Jack Shanahan, who is in charge of the Department of Defense and Artificial Intelligence Center.

The Air Force Research Institute began developing autonomous unmanned fighters in 2018. It is said that the development target was '18 months later', and since development is still in progress as of June 2020, it can be inferred that it is a little late.

According to Steve Rogers of the research institute, 'First of all, we will start by integrating the AI driven function into the manned fighter,' the aircraft to be installed is not the latest model, and it is 'withered like the F-16 . Expected to become an aircraft.

In addition, Lieutenant General Shanahan said, 'Not all futuristic technologies have succeeded,' and in terms of developing autonomous systems, pay attention to the movement of the automobile industry that is ahead. “Despite the fact that several companies have invested billions of dollars (billions of yen), there are still cars on the road that are capable of Level 4 “fully automated driving under certain conditions”. No,' he said, recognizing that the lessons learned by the automotive industry should be applied and that warnings should be listened to.