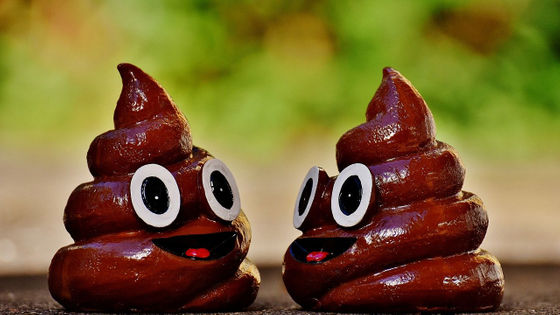 Late Pleistocene archaeological site on the Santa Elena Peninsula, Ecuador, fossils of 22 Eremotherium , a type of ancient sloth were found. Detailed fossil research reveals that the cause of this mass death was likely the excretion of Eremotherium itself.

A monodominant late-Pleistocene megafauna locality from Santa Elena, Ecuador: Insight on the biology and behavior of giant ground sloths-ScienceDirect
https://www.sciencedirect.com/science/article/abs/pii/S003101821930447X

Tar Pit Discovery Shows Ancient Giant Sloths May Have Died From Their Own Poop
https://www.sciencealert.com/these-ancient-giant-sloths-might-have-died-from-their-own-poop

Eremotherium is a type of sloth that was said to have inhabited North and South America in the Pleistocene era. Unlike modern sloths that live on trees, the Eremotherium that lives on the ground is 6 meters long and weighs 3 tons, and it is thought that it became much higher than a human adult when standing on its hind legs. . However, little is known about it in detail, except for its extinction about 11,000 years ago. The fossils of 22 Eremotheriums found at the Tanque Loma ruins in Ecuador were the catalyst for a sense of the ecology of Eremotherium. 'Tanke Loma' is Spanish for 'oil tank hill'. Also, the fossil was discovered because the local oil company was excavating.

When the research team conducted a full-scale excavation survey, a total of 575 fossils of Eremotherium covered with natural tar were found. This fossil is said to belong to at least 22 Eremotheriums from adults to small fetuses, but since there were no deposits between the fossils of each individual, 22 Eremotherium It is said that he died at about the same time.

However, because the entire fossil-bearing formation is not covered with tar, the research team did not think that Eremotherium died in the tar's pond and died, but rather that the tar was dyed after the death of Eremotherium. I think it's gone.

To find out the cause of the death of Eremotherium, the research team investigated the fossil-bearing stratum in detail and found that the stratum was a swamp that could be a drinking fountain for nearby creatures. There were also fossils of plant fragments around the fossil of Eremotherium, but most of them were chewed or partially digested. From this, the research team speculated that 'The mass death of Eremotherium was due to drinking water contaminated with its own excretion.' Similar cases have been observed today. For example, in 2018, there was a case that a large number of fish die from hippo excrement on the Mara River in Africa. 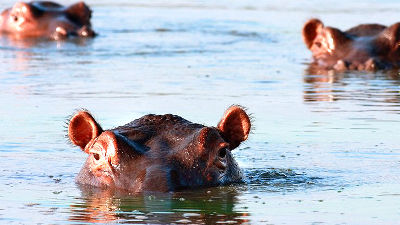 In Tanzania in eastern Africa, there have been reports of cases where the herd of 140 hippos has been reduced to 40 due to the polluting of drinking fountains. In these cases, it is known that water is often anoxic due to excretion, but tanke roma has also excavated sediments suggesting a low-energy anoxic aquatic environment.

The research team said, `` The flock of Eremotherium found in Tanke Loma may have had an ecology close to hippos that spend most of the day in water to protect themselves from heat, sunlight, insects, etc. Yes, he pointed out the similarity between the ancient Eremotherium and the modern hippopotamus.