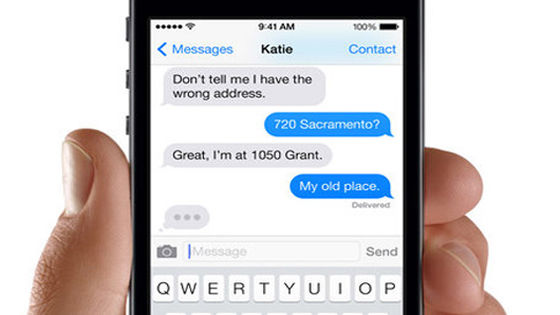 It has been reported that Apple has applied for a patent for the function that allows you to edit the contents of an instant message service 'iMessage' provided for iOS and macOS after sending the message. Also, other patent features proposed by Apple include various functions that were not available in iMessage up to now.

Re-editing what you send in a text message app requires a lot of work. WhatsApp, a messaging app that is said to be used by 1.5 billion people in 180 countries , has a feature called 'Delete everyone's messages' that allows you to delete messages that were accidentally sent, but you can't edit them.

Apple filed a patent application with the U.S. Patent and Trademark Office on December 31, 2019 based on multiple ideas for message apps including iMessage. In it, Apple describes the ability to edit messages sent via iMeesage. According to it, by tapping the sent message and selecting edit from the displayed menu, a 'message editing interface' will appear, and it will be possible to edit the message using the keyboard. I'm not sure how to edit and sync a sent message, and its technical mechanics. Apple says, 'Current messaging applications have many drawbacks and limitations. For example, checking messages, editing messages that have been sent, expressing what the user is trying to say, displaying private messages, displaying content between users. There is a limitation in the function of the message application such as synchronization of, and incorporation of handwriting input. '

Also, to send a sentence with iMessage, you type a message with the iOS standard keyboard, but Apple also incorporates 'handwriting input' into iMessage as an idea. 'It helps to improve user satisfaction with the device and create a more efficient human-machine interface by allowing the user to rotate the device, start handwriting, and so on,' Apple said. States. 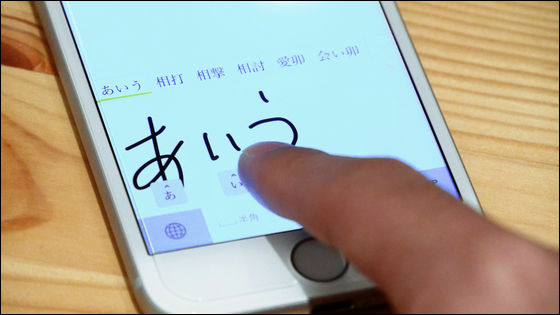 In addition, Apple is also applying for a feature that allows you to launch third-party apps directly from iMessage. WeChat, which is a widely used messaging app in China, has introduced a myriad of app functions at the same time as the messaging service, and it is possible to directly search restaurants or find music by exchanging messages. It's possible that Apple might bring the same WeChat feature to iMessage in the future. 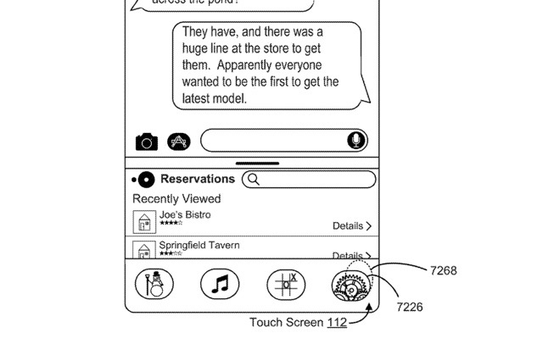 'Probably this patent application is part of Apple's long-term plan, looking at Apple's future and how users use messaging services,' said appleinsider, a media outlet for Apple news. But in the short term, users will be able to benefit as much from the ability to edit messages after they're sent, just as they did when iOS finally introduced the copy and paste feature in 2009. ' .