What are the seven signs that a cat is anxious? 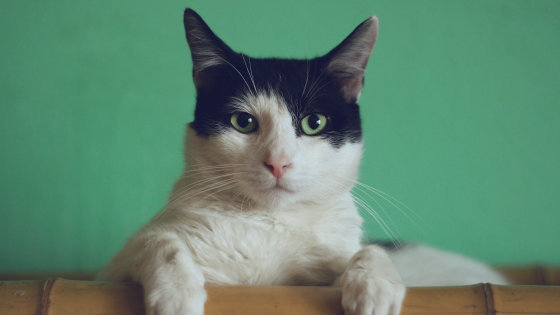 Humans may have anxiety in their lives, but cats may also feel anxious when away from their owners, a survey was conducted. Several factors are associated with cat anxiety, and there seem to be multiple patterns of signs of anxiety.

Why is your cat acting out? Study reveals 7 signs of anxiety 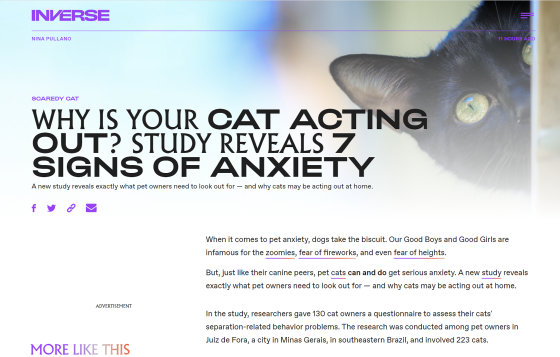 Daiana De Souza Machado, a zoologist at the Federal University of Juiz de Fora in Brazil, and a team of researchers conducted a study of 223 domestic cats in the university town of Juiz de Fora. In the survey, we asked the owners of cats about 'the environment and life in which they live,' 'about the owners themselves,' and 'the behavior of cats.' Some of the questions asked about 'cat behavior in the absence of humans.'

As a result, it was found that more than 13% of the cats surveyed had anxious behavior when the owner was absent. The seven signs of anxiety seen by cats are as follows. The most common sign of anxiety was 'destructive behavior,' and 20 of the 30 cats that were left alone and showed anxious behavior showed that they exhibited destructive behavior.

In addition, there is a tendency for cats that cause anxiety behaviors. “Houses without adult women” “Houses with multiple women” “Owners 18 to 35 years old” “Houses without other cats” “Toys for cats” It was said that the cats in 'No House' were more likely to show anxiety. 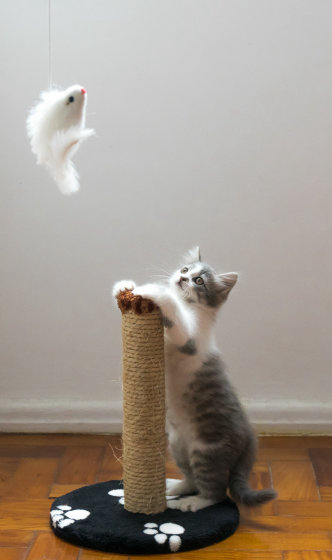 And it was shown that 'buying a new toy' and 'buying another cat together' are effective in alleviating the anxiety of the cat.

A study published in March 2020 has shown that dogs are prone to anxiety behavior in response to 'sound,' and fireworks in particular are a major trigger. In the case of dogs, they seem to be afraid and anxious about other dogs, strangers, and new environments. Like dogs, some dogs are anxious about leaving their owners, but for some unknown reason, female dogs have been found to be more affected.