What are four reasons boring is beneficial for children and their parents? 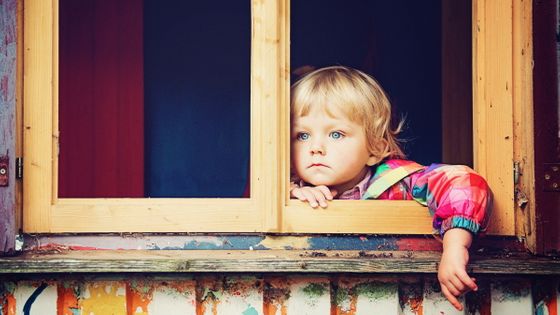 It is common for children who have nothing to do or play to complain about as 'boring' and annoy their parents. Parents also take various measures to eliminate the boredom of children, but Sheryl Butler, a mother who raised eight children and accepts childcare consultation, said, `` Children are bored. However, parents do not necessarily have to respond. '

Mr. Butler, who has raised eight children in 25 years, says that he has repeatedly encountered the scene where the child is boring saying 'boring'. Butler, who is busy raising children, has made a lot of efforts to keep the children from getting bored, but the children did not feel bored. However, Butler eventually came to the conclusion that just because a child is bored does not mean that the parent does not have to fix it. According to Butler, 'boring can be beneficial to children and their parents,' he said for four reasons:

After taking care of the baby bathing and eating, butler who thought that the children would be bored and went to see the other four people, the children played `` space play '' in the attic. He said he was very surprised when he encountered the scene where he was. It seems that the pretend play that made the attic look like outer space lasted more than 2 hours, but Mr. Butler showed his creativity and eliminated boredom even if parents did not try to eliminate boredom of children I realized that I can do it.

Of course, switching to a policy that does not eliminate the boredom of children does not necessarily mean that children will suddenly demonstrate their creativity and invent play such as 'playing in outer space.' However, when children realize that they have to spend their own boring hours, they spend their creative and creative time to find fun and joy. Is to find one. For Butler, the time when children were bored was the time when their brains rested, but the same can be said for children's brains. Butler pointed out that children who normally live a stimulating life can rest their busy brains when they get bored and have a quiet and calm time. Butler thinks boredom is a time of peace and a foundation for busy adulthood, although children don't like boredom. 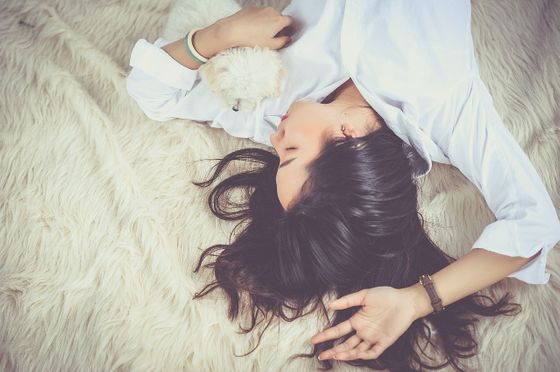 ◆ 3: Boring fosters children's interest
Parents tend to think that it is their responsibility to nurture their children's imagination and interests, but in the end, Butler points out that it is children who nurture their children's imagination and interests. A pediatrician woman who was a family doctor of Butler's family advised Butler, `` No matter what level of child's IQ, parents should not plan all time spent by children ''. .

The pediatrician's view is that 'whether in material possession or in entertainment such as bowling or cinema, an education policy that fully fills the child's time only gives them' dependence on external motivation. '' It was that. Parents do not produce all the time their children spend, but leave time for them to do nothing so that children can use their imagination and become adults with independence and flexibility. It seems to be easy to become.

Research on children's play and growth shows that children who play clearly unstructured play can develop decision-making skills, discover areas of interest, and have a high degree of creative freedom I know. Butler argues that by leaving the role of parents to manage their children's time, they can find a variety of plays with themselves or with their siblings and develop their own interests. ◆ 4: Boring releases parents
Parents with children tend to be obsessed with the obsession that their children must always be happy and happy because of their desire to be the best family in the world. Butler once thought that, no matter how much time the children spend, they are still their own children, and parents need to take a moderate break, butler said. Pointed out. Of course, it is necessary to provide children with activities and play, but sometimes they can be left boring, but they can find a way to get bored on their own.