What is the 'shape of the universe' as seen from the angle of the triangle? 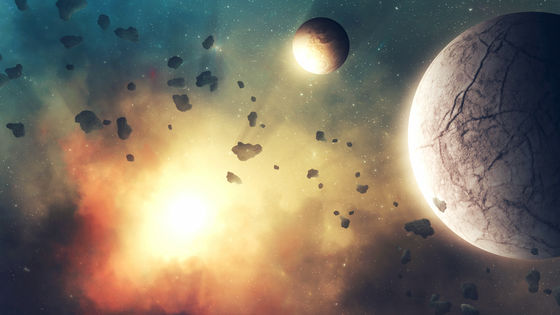 What Is the Geometry of the Universe? | Quanta Magazine
https://www.quantamagazine.org/what-is-the-geometry-of-the-universe-20200316/ 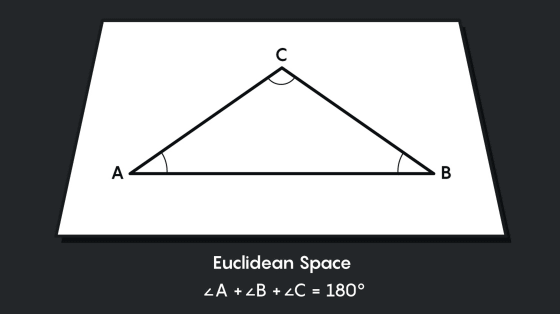 It is difficult to visualize a flat universe, and it is easier to understand by capturing from a two-dimensional space instead of a three-dimensional space. First, imagine a rectangular plane, and then attach the top and bottom edges to form a cylinder. 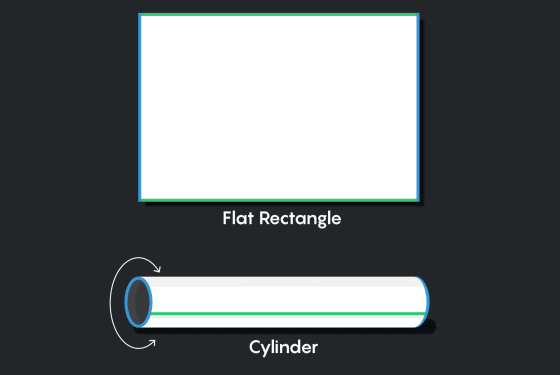 Next, attach the ends of the cylinder to create a donut-shaped 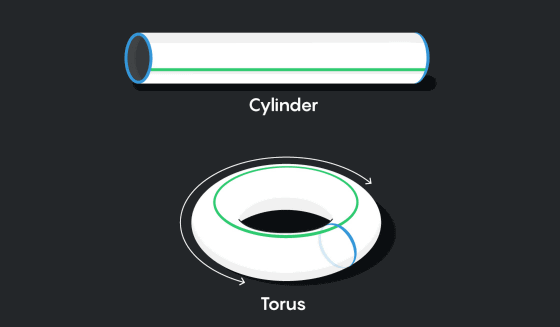 The three types of lines appear to be curved on the torus, but they are straight lines when viewed on a plane. The light also travels along a straight line in the torus, so if a person standing inside the torus looks straight at the direction of light, he can see himself from the back. 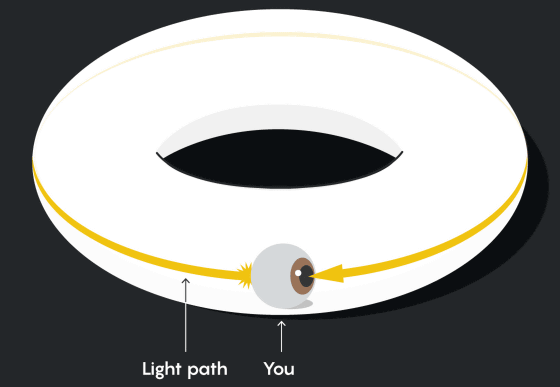 In other words, inside the torus, there are loops of light in various directions that allow you to see yourself from behind. 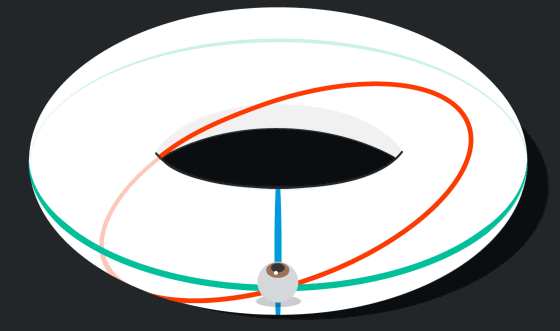 When you return the situation in the torus to a plane, for example, the light that travels from the front to the back of yourself repeats a loop that returns to the front again when it reaches the back. 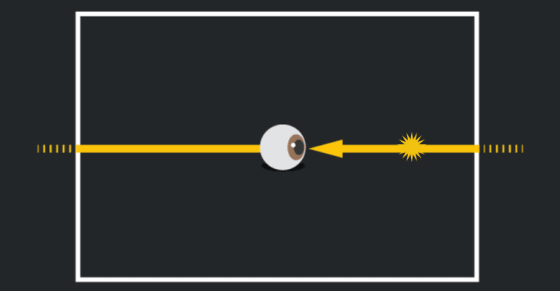 If you compare a plane to a room, a loop of light that travels from front to back creates the appearance of a room and your image before and after you. A myriad of rooms and statues can be seen through loops of light in different directions returning from you, not just from the front to the back. 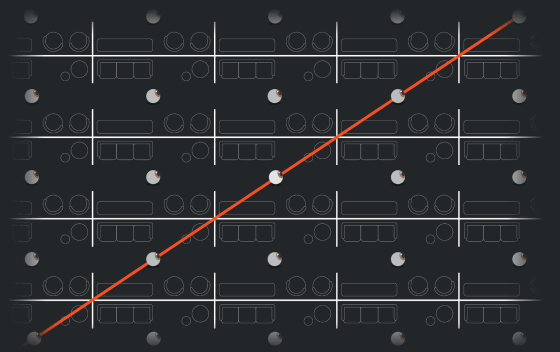 Strictly speaking, the universe is not a plane, but a torus with a series of rectangular boxes. You can't visualize this space, but you can imagine the creatures in it.

When one plane is compared to a room, the humans in the three-dimensional torus are infinitely cuboid, as if the humans in the plane torus lived in the same infinite rectangular room. You live in a room and you see endless copies of yourself in every direction. 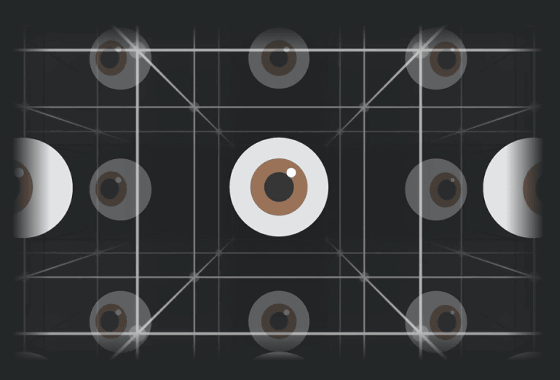 For this reason, from the human eye's perspective, the universe should look like an infinite series of the same things, but if you look at the real universe, you cannot see an infinite copy of yourself. Because the universe is vast and it takes a tremendous amount of time for the same light to reach humans.

In spherical geometry, straight lines describe great circles, triangles have a bulging shape, and the sum of the three corners is more than 180 degrees. 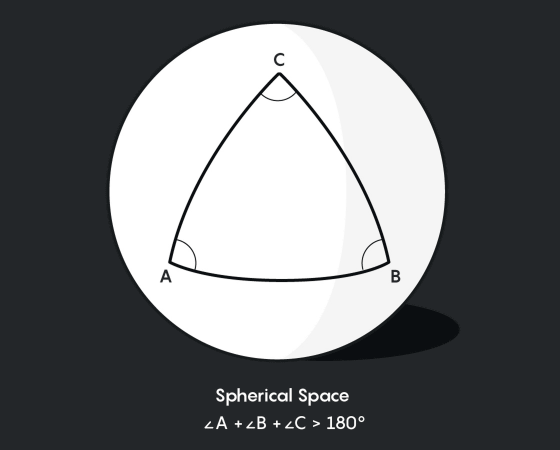 study , some of the data obtained from satellite plank claimed that `` the universe is spherical '', but other researchers have argued that it is `` a statistical error '' You. In a plan view, the outer triangles appear smaller, but from a

hyperbolic geometry perspective, all triangles are considered to be the same size. The boundaries of the circle extend infinitely in all directions, and the number of triangles near the boundary grows exponentially. 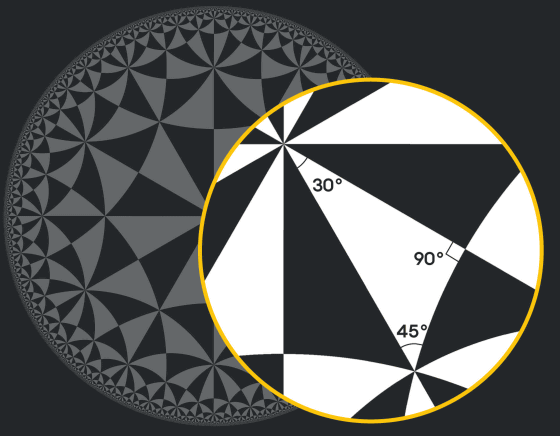 The sides of these triangles do not look straight, but because they forcibly represent hyperbolic geometry on a plane, they appear to be through a distorted lens, so they live on the Poincare disk. For some living creatures, this curve looks straight, and the shortest route from A to B is: At the time of writing, the theory that the universe is flat is supported. But Klareich says, 'We cannot deny the possibility of being either spherical or hyperbolic.' This is because the universe is vast, and the total angle of triangles in spherical or hyperbolic geometry is said to be very small compared to the total angle of triangles in a plane universe.

`` If the universe is a very large sphere or hyperbolic shape, the part that can be observed with modern technology is almost flat, and the curvature is ultra-precise as human beings have not invented yet It can only be detected with a unique device. '