In Malaysia, where the influence of Islam is strong, homosexuality is a crime explicitly prohibited by law, and violators may be punished, including whiplash. In an attempt to escape this situation, British authorities have reported that a 68-year-old man who had desired asylum from Malaysia to the UK had been granted asylum by British authorities.

Asylum court told me because I didn't have a boyfriend I wasn't gay-Liverpool Echo
https://www.liverpoolecho.co.uk/news/liverpool-news/asylum-court-told-because-didnt-17625441 Malaysian e-hook Sam entered the UK on a travel visa in 2005. Sam, who has since worked at a Chinese restaurant in Cornwall on the southwestern tip of England, was caught by a British Interior Ministry official in 2015, sent to jail, and transferred to Liverpool.

`` I married a woman at the age of 30 and had two children, but when I came to life as a gay

boy in Thailand, she said she was gay. since the wife I have went to the United States with her children. in Malaysia can not go openly live as a gay, trying to find the rest in the United Kingdom was I, 'he said explanation has been.

If he was deported from the United Kingdom and forced to return to Malaysia, he could be jailed for homosexuality , and Sam claimed to be gay and went to the British Home Office in exile. I hoped. In a trial challenging the asylum claim, British authorities pointed out that there was no sign of a homosexual relationship with Sam between his arrival and his arrest. He also pointed out that Sam had admitted to immigration officials that she had sex with women at a brothel in England around 2011.

Sam said, 'I am currently living at the cost of £ 5 a day for asylum seekers, and lacking in eating. Of course I can afford to go on a date. And I'm short and fat, and I'm too old to find a boyfriend. ' 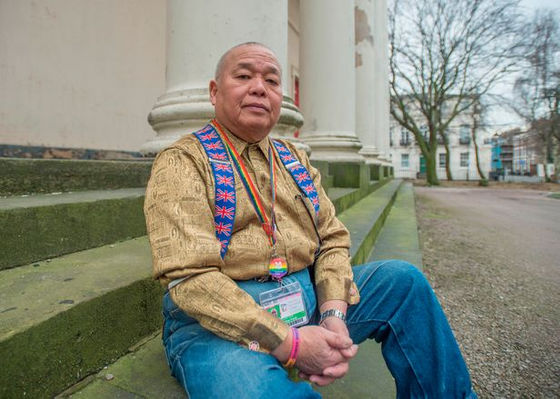 Nick Campbell, a friend of Sam and

a priest with facilities at Christie Hospital in Manchester, also appeared in court. 'I am convinced that Sam is gay. He has been using many of the unique characteristics of men who have spent most of their life as closets with no sexual orientation. I have. '

Ultimately, the court ruled that after eight trials, `` There is a lot of contradiction in the assertion that Mr. Sam is gay, '' he said that he did not approve asylum while giving five years to departure. I gave Sam recalled, 'I was depressed because I was not gay, I didn't have sex anymore, but I didn't know how to prove I was gay.'

Sam, who had to leave the United Kingdom in a short distance, was supported by the Open Table LGBTQIA + group hosted by St Brides Church since he arrived in Liverpool. Open Table When LGBTQIA + launched an online petition not to deport Sam, nearly 5,000 signatures were gathered. With this support, Sam decided to apply for asylum again in February 2019. He submitted tax and national insurance records, which serve as the basis for his assertion that he did not apply for asylum on the grounds of homosexuality because he worked properly to earn a living until he was arrested. As a result, the Ministry of Home Affairs reported to Sam in December of the same year that he would accept the asylum application.

At that time, Sam said, 'It was the best Christmas present in my life. When I received this news from an immigration lawyer, I was just studying at the

City of Liverpool College , but I was too happy to cheer. So my classmates looked strange. '

A spokesman for the British authorities told The Guardian, a leading British newspaper, 'The government has a proven track record of protecting asylum seekers who have been persecuted for sexual orientation or gender identity. An experienced case worker will carefully consider the personal interests of an asylum claim with the right evidence and information. '

Mr. Sam, who has been accepted by the UK in fine weather, will be going to guide Asian tourists visiting Liverpool as a tour guide in the future. 'I've been a guide in Australia, Japan, Korea, Hong Kong, China, Thailand and Singapore. I love Liverpool because everyone in Liverpool is nice and nice.' Sam said. 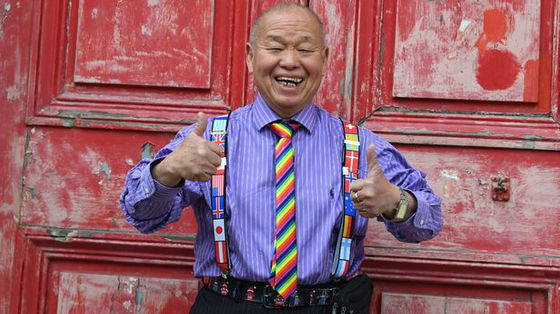