Half of the world's beaches could disappear by 2100 The rise in sea levels associated with global warming poses a major threat to the lives and social activities of coastal people around the world and to the ecosystems of coastal regions. A newly published study at

Nature Climate Change , a peer-reviewed scientific journal on global warming and climate change, pointed out that `` half of the beaches around the world may disappear by 2100 '' I am.

The world may lose half its sandy beaches by 2100.It's not too late to save most of them
https://theconversation.com/the-world-may-lose-half-its-sandy-beaches-by-2100-its-not-too-late-to-save-most-of-them-132586

Half The World's Sandy Beaches Are on Track to Vanish by 2100, Scientists Warn
https://www.sciencealert.com/half-the-world-s-beaches-we-know-and-love-today-could-be-gone-by-2100 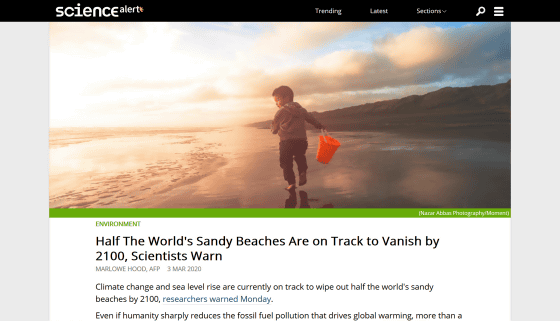 The proportion of sandy beaches on the earth's coastline seems to be about one-third, and there are ecosystems unique to sandy beaches. In addition, sandy beaches are closely related to the lives of local residents, such as being a tourist resource that attracts many people and protecting the coast from storms and floods.

Causes of lost beaches include not only rising sea levels due to global warming, but also beach erosion due to storms. In general, even if the sandy beach is temporarily lost due to storms, etc., the sand will eventually be washed back to the coast from deeper waters, etc., and it will take several months to several years, sometimes several decades It is thought to recover gradually. However, if global warming continues to accelerate without a decline in greenhouse gas emissions, rising sea levels will exceed the resilience of sandy beaches, and beaches will disappear.

European Commission 's joint research center , `` By 2100, about half of the world's sand beaches may be lost due to rising sea levels '' Was predicted. `` Even without sightseeing, sand beaches act as the first line of defense against storms and floods, and the absence of sand beaches will have extreme natural phenomena, '' said Michalis Vousdoukas, collaborative research center and lead author of the paper. Maybe. ' In the RCP8.5 scenario, which the IPCC considers to be the 'worst scenario,' global warming continues to accelerate without a decline in greenhouse gas emissions, compared to the average temperature between 1986 and 2005. The temperature in 2100 will rise by 3.7 degrees. Based on this RCP8.5 scenario, 49.5% of the world's beaches will disappear by 2100, and the total distance of the disappearing beaches will reach 132,000 km. Even in the stage of 2050, the distance of the disappearing sand beach will be more than 40,000 km. In particular, the 10 countries the research team expects to lose many coastlines include Australia, Canada, Chile, the United States, Mexico, China, Russia, Argentina, India and Brazil. Some countries, such as the United States, are planning to build systems to protect beaches and shorelines, but many countries cannot implement sophisticated and costly defenses.

'In order to continue to enjoy the beaches, we cannot allow a continuous and ever increasing greenhouse gas emissions,' said

John Church , chairman of the Center for Climate Change Research at the University of New South Wales . The world needs urgent, important and sustained reductions in greenhouse gas emissions. ' 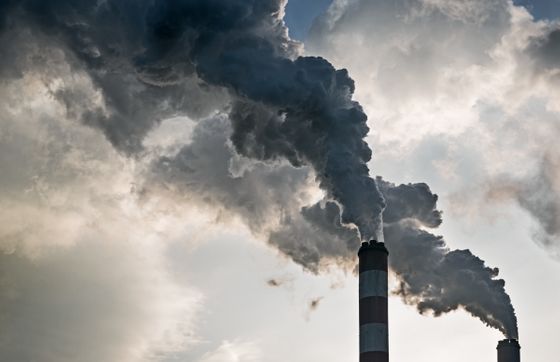