What is another point different from 'security' required to create urban security? In general, 'city security' is taken from the viewpoint of good security and a low crime rate. But in fact, 'safety' has a subjective dimension, and to create a safe place for everyone, 'who uses the place' and 'who is excluded from the place' That's where we need to think, says Clare Edwards of the National University of Ireland at Cork.

The experiences of people with disabilities show we need a new understanding of urban safety
https://theconversation.com/the-experiences-of-people-with-disabilities-show-we-need-a-new-understanding-of-urban-safety-130150

Over the past two years, Edwards has been investigating how people with visual, auditory, and mobility impairments perceive urban security and the impact safety has on people. Research has shown that security is a very fluid concept, and that the “safety” perceived by city planners may not be “safe” for anyone else. Edwards points out that incorporating voices and experiences of people with disabilities into urban planning is very important.

Many city planners consider city security in terms of crime prevention. Since reducing crime from the town is in mind, the focus of urban planning is on the visibility of police officers and the number of lights and surveillance cameras.

Of course, physical security is important, but the problem is that urban planning like the one above focuses primarily on publicity, often sacrifice where people live. Also, there is a discrepancy between `` crime statistics at that place based on numbers '' and `` the fear and security that people are feeling in reality '', and the side that makes city planning and the side that actually lives are `` safe or not '' Some situations are different.

Mr. Edwards conducted a survey in three cities in Ireland, and people with disabilities judged that various places such as public transportation, bars, public spaces, shopping centers, etc. were `` unsafe '' and avoided Turned out. Instead of actual security measures, fears and feelings of 'unsafeness' were limiting the lives of people with disabilities. 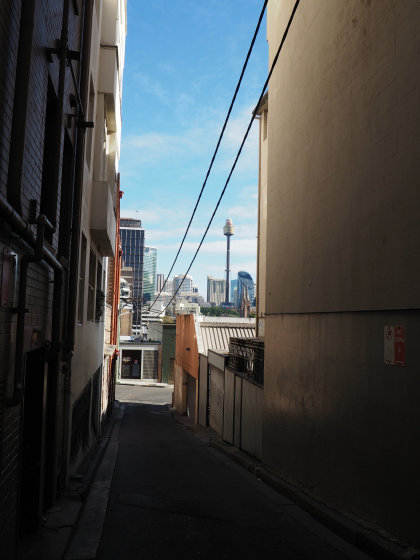 Edwards says that giving people with disabilities anxiety and fear is the presence of strangers or untrusted people, crowds, or inaccessibility of buildings. Also, sometimes 'the absence of people' is an element to judge 'unsafe', and it seems that there were cases where homes were 'unsafe places' due to land patterns, housing design, absence of family, etc. is.

So it's important to understand the fact that a single location can be both 'safe' and 'dangerous' depending on the fear and security of the user. A 'dangerous place' for someone can be a 'shelter' for someone else.

For example, a visually impaired man stated that he felt fear in places where others might find it safe. Men say that during the day, when crossing urban roads, youth groups shout and shout at men to reduce concentration.

By installing ramps for wheelchairs in buildings and installing brighter lighting, cities may be able to be made more secure, but the problem of `` atmosphere trying to keep people with disabilities out of areas and places '' Working on a solution for the city is just as important in creating urban security. A charity called

I Am Me in Scotland works in schools to resolve discriminatory attitudes toward people with disabilities, while local businesses and shops are increasingly threatening them on the go. We call for providing a safe place when you feel it. In a city safety plan, it is important to solve technical problems, but it is also important to work on solving human problems in society. Edwards said that only the assumption that everyone has the right to live in a city can create a more inclusive, fair and secure society.