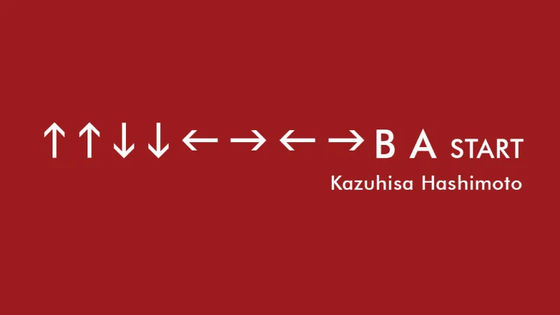 Programmer Kazuhisa Hashimoto, the creator of Konami Command, which is loved around the world as the 'best-known hidden command', has passed away. I was 61 years old.

Yuji Takenouchi , a composer of game music and a former Konami colleague, first reported Hashimoto's death. Takenouchi tweeted on Twitter that Konami Command's creator, Hashimoto, died on February 25, 2020. He has never been a team with Hashimoto-san, but he describes himself as 'a gentle person with a warm atmosphere.'

While I was at the company, I had never been a team, but I had a friendly exchange with the company, and I was kind and friendly. As someone who has been on the same boat and shared a little time, the obituary is a bit painful. Please keep making games in heaven. Thank you very much.

Konami's official Twitter account also tweeted Mr. Hashimoto's obituary, and at the time of writing the article, more than 13,000 retweets were collected, collecting more than 33,000 likes. In a tweet, 'We are sad to hear that Kazuhisa Hashimoto, the world's first talented producer of Konami Command, has died. Our thoughts are based on Hashimoto's family. And friends. I wish you good luck. '

We are saddened to hear about the passing of Kazuhisa Hashimoto, a deeply talented producer who first introduced the world to the 'Konami Code'.

When porting the arcade version of ' Gradius ' to a family computer, Hashimoto incorporated commands 'up, down, down, left, right, right and left BA' as debugging commands because the game was too difficult. This command became known worldwide as the Konami command, but in this interview Mr. Hashimoto said in a 2003 interview that 'I have not played much games and I can not clearly clear myself That's why I incorporated the Konami command. '' I wanted to use the command myself, so I made it easier to remember. '

Konami commands are introduced not only in games sold by Konami, but also in various titles and websites . Titles, including the Konami command has more than 100 types, in a recent web site of Google Stadia and Fortnight is Konami command also had been hidden.

In addition, there are even tools for implementing Konami commands on websites. 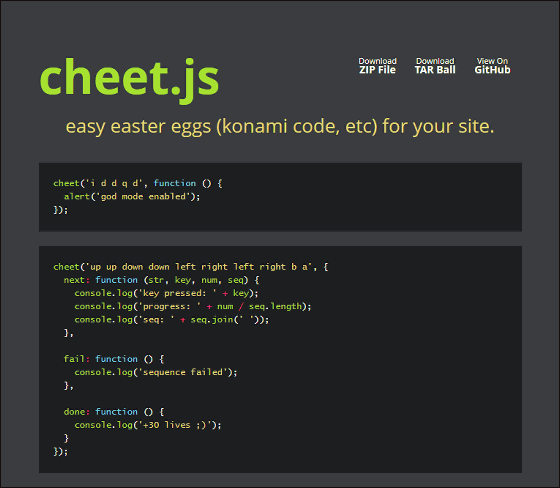