120,000 children of 15-year-old survey of, be a strong predictor of children's well-being of the lack of sleep is a teenager

has been shown . Attempts to 'slow start hours' are gaining attention, as sleep, which is important for human health and well-being, is hindered by school opening too early. According to the latest research, it has been shown that 'slowing school opening hours reduces accidents caused by teenage drivers.'

The One Change That Boosts a High School's Academic Performance-Scientific American
https://www.scientificamerican.com/article/the-one-change-that-boosts-a-high-schools-academic-performance/ Sleep is indispensable for humans, and in studies conducted so far, `` If you continue sleeping for 6 hours, your cognitive ability is as low as people who stayed awake all night without you noticing yourself '' Some argue .

The American Centers for Disease Control and Prevention (CDC) has announced that teens in particular need to sleep 8 to 10 hours a day to get the best performance, but the actual 8 hours and 30 minutes Studies have shown that only 15% of children answered that they were sleeping. Adolescents have significant biological changes that can affect their circadian rhythm and shift their body clocks backwards. In recent years, the problem has been raised that children have not been able to get the sleep they need due to the combination of a shift in the body clock and early hours of work.

Gideon Dunster and Horacio de la Iglesia of the University of Washington conducted a study to objectively show that delaying school opening time affects student sleep. The results were announced at Science Advances in December 2018.

Iglesia has long pointed out that 'waking a teenager at 7:30 is like having an adult wake up at 5:30.' In response to concerns from researchers, a school district in Seattle changed the starting time of high school from 7:50 to 8:45 from the fall of 2016, but using this opportunity researchers Second grade students from high school conducted experiments as part of a biology class. The high school students who became the subjects said that they wore a wristwatch-type activity monitor for six weeks each in the spring of 2016 and the spring of 2017. Subjects recorded their sleep before pressing and when waking up by pressing a button on the monitor. The researchers also wrote a sleep diary for the subjects and conducted a questionnaire survey on daytime sleepiness. 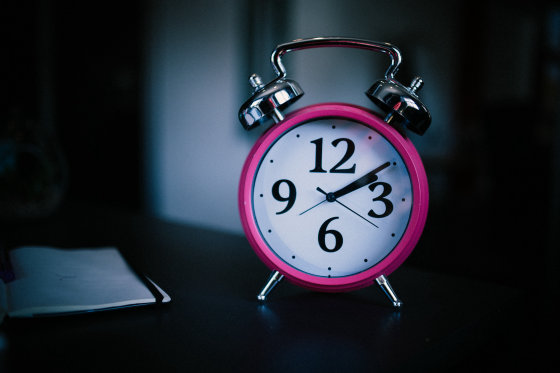 As a result of this experiment, it was shown that the subject's sleep was increased by 34 minutes a day on average in the spring of 2017. Researchers have reported that this has brought students closer to their ideal sleeping hours. They also showed that the median grade of biology course students was 4.5% higher than the previous year's class. It's not clear whether the higher grades are associated with longer sleep, but `` it's reasonable to be well-rested and attentive students get better academic performance, '' Danster said. He says.

In addition, one of the high schools that participated in the experiment, in which there were many students who were more economically disadvantaged, showed that '2017 was clearly less late and absent compared to 2016'. This is not likely to be seen in schools where wealthy families often go to school. Of course, student sleep time is related not only to school start time but also to many factors including the use of smartphones, but this study clearly shows that `` slowing start time is useful for students ''. It can be said that. The findings published by Danster and Iglesia are consistent with another (PDF) study published in 2014. A similar experiment in Germany showed that delaying an hour by one hour increased student sleep by an average of 1.1 hours, with students receiving recommended sleep increasing from 18% to 52% Was shown .

In response to these findings, a bill was passed in October 2019 in California that banned public junior high schools and public high schools from opening before 8:00 and before half past eight, respectively. 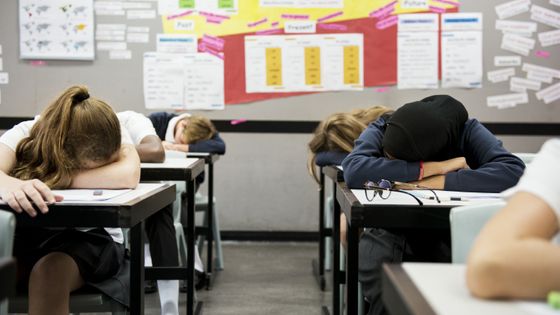 In a paper published in January 2020, researchers stated that 'slower starting times are associated with a significant reduction in vehicle accidents involving teenage drivers.'

`` From independent data sources, students are shown to sleep more after changing school hours, '' said Judith Owens, a professor of neurology at Harvard University in the dissertation. This leads to multiple benefits, not only for individuals, but also in greater economic implications. ' Decisions tend to be difficult to make. ' Owen hopes that research will also be conducted on 'school start times and athlete injury rates' and 'safety beyond car accidents.'