It turns out that January 2020 was `` the warmest January in history '', the temperature is expected to be much higher in 2020 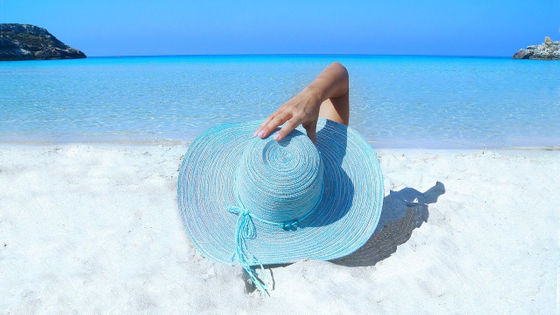 Multiple weather agencies have announced that January 2020 was a warm January worldwide, following its

January was the warmest on record, NOAA says, and above-average temperatures are likely to continue through the rest of 2020-CNN
https://edition.cnn.com/2020/02/13/weather/warmest-january-noaa-climate-trnd/index.html

`` January 2020 beats the record of January 2016, the warmest January so far, by 0.02 degrees and set a new record high, '' said the United States Oceanic and Atmospheric Administration (NOAA) on February 13, 2020. It was announced.

Of the 1,681 months of the climate record, only March 2016, February 2016 and December 2015 each had a greater temperature departure from avg than #January 2020: @NOAANCEIclimate https://t.co/Y88Yf1yBud #StateOfClimate pic.twitter.com/ B0Qry73kET

According to the NOAA, out of observation records for the past 1681 months (about 140 years), the difference between the monthly average temperature and the actual temperature was larger than January 2020 in December 2015 and February 2016.・ It is said that there are only three times in March of the same year. `` The 2016 record was triggered by the El Nino phenomenon , but the January 2020 record is noteworthy in that high temperatures were observed without the effects of the El Nino phenomenon, '' the NOAA noted. I am.

In the following graph released at the same time, the black line shows how much each month from January 1979 to January 2020 differs from the monthly average temperature from 1981 to 2010 Is for January of each year. Looking at the growth of the red line around 2000, it can be seen that the difference from the average temperature is increasing.

Based on observations of rising global temperatures, the

National Center for Environmental Information (NCEI) continued to release predictions that ` ` 2020 is very likely to be in the top five of the warmest years on record ''. It suggested that the high temperature situation would continue. The National Weather Service Anchorage branch in Anchorage, Alaska said on Twitter, “I did it! For the first time in January 2020, it has been below the average temperature for the 22 consecutive months. If you feel cold in January ... that's the right answer! '

We did it !!! January 2020 was the first below normal temperature month in 22 consecutive months! The last time was February of 2018.It was the 8th coldest January and also the 14th coldest month on record.If you felt like January was cold … You were right !!! #Cold #Alaska pic.twitter.com/04UQofKKUx